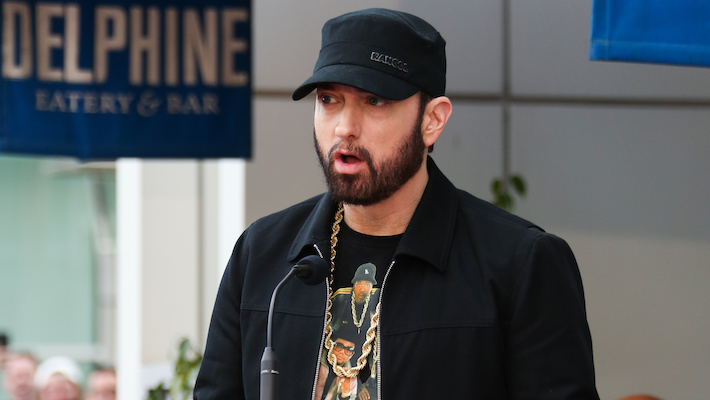 Good news, Eminem fans: You can now live where the Detroit rap legend used to live for less than $4 million. According to WCRZ, the “Lose Yourself” rapper’s former Oakland County home went up for sale recently, and while there are undoubtedly Eminem stans who would pay way more for it — they get him tattooed on every square inch of their available epidermis, after all — the owners are letting it go for only $3.75 million.

Of course, Eminem hasn’t lived there for about three years after selling it to the current owners in 2017. He originally bought the place in 2003 and WCRZ’s photos of the property even include Em’s old cars. It’s got six bedrooms, 10 bathrooms (!), wood floors, a hot tub, and a three-car garage on 17,500 square feet. There’s even a tennis court, although Eminem freely admits boxing is more his sport — and he’s not even very great at that.

This isn’t the first time Eminem’s former property was in the news this year. In May, it was reported Matthew Hughes, a 26-year-old Eminem superfan, was arrested for trespassing at the mansion looking for his hero — after Hughes had been arrested for breaking into Em’s current residence and confronting him face-to-face. Fortunately, nothing bad happened; Em called the cops, who promptly arrived and took Hughes into custody, turning up his previous attempts to contact Em in the process.

However, maybe the pressure of having crazed Stans pop up at the property at all hours has convinced the current owners of the Oakland County home to move on. More details are available at XXL.

5 Highlights of Her Career I Notjustok