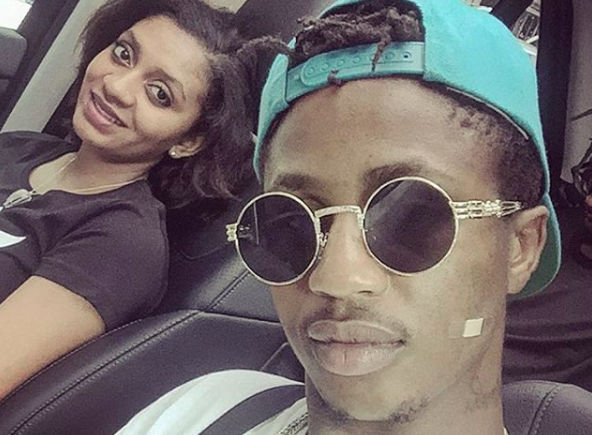 Emtee’s Baby Momma Releases A Statement About Accusations That She Abuses Him. After a week long of accusations towards the mother of Emtee’s sons Nicole Chinsamy on abuse, she finally comes forward to break silence.

The beginning of this week saw Emtee lay bare the dirty laundry in of his personal struggles with his fiance. The Manando rapper revealed that he had been experiencing physical abuse from Nicole and her family. According to Emtee the abuse has been going on for sometime. “Both mother and daughter took turns chokin me tryna suffocate me. Now the weight lifting brother is threatening to kill me,” wrote Emtee.

The Hustla also shared a screenshot of Nicole threatening to release a video of him highly intoxicated, she allegedly released it to the public. The Johustleburg rapper came forward to express that the video was manipulated.

“I wasn’t drunk! I don’t drink liquor AT ALL That was a 2 litre Fanta Pine. Relax! Might’ve been high not drunk. I’m glad she posted it cos as you can see in the video I’m very calm and at the end I walked away. I didn’t respond or talk back bruh. I tried my best to be mature,” said the father of two.

In all the times Emtee has been venting online about his affairs, his baby momma was silent but has finally expressed her position in the matter.

“I would like to address the false accusations made against me by Mthembeni Ndevu (Emtee’s real name). Firstly the claim made by Mthembeni that I physically abuse him is completely false and is a fabrication designed to attack my character,” her statement read.

Chinsamy stated further that there were many other things that had happened in private, which she had refused to bring into the public eye for the sake of her children.

“I will no longer protect someone who is trying to destroy my life by making false accusations about me. This is a blatant attempt to tarnish my name and my family’s name. The truth as to the core reason for the public fallout will be revealed,” Nicole wrote.

Smashing Pumpkins Sidestep Alt-Rock on Another Pair of New Songs

Are you being sold a lemon? Why prices of the popular citrus have skyrocketed