Enter to Win a Custom Undertaker Guitar From WWE 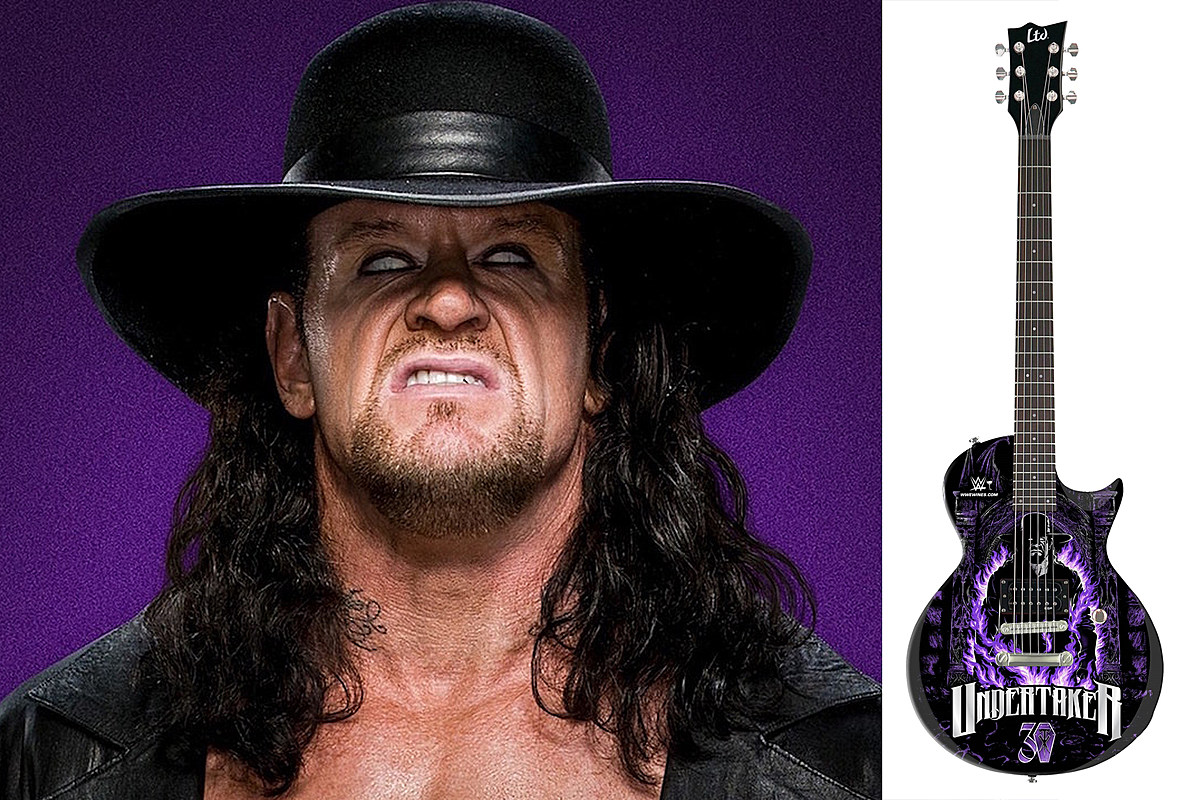 WWE, Wines That Rock and Loudwire have teamed up to give away a custom LTD Undertaker guitar. The contest arrives just in time for Survivor Series, where The Undertaker will bid fans his ‘Final Farewell.’

The Undertaker is universally acclaimed as one of the greatest WWE Superstars of all time. Earlier this year, WWE celebrated the phenom by debuting his Last Ride documentary series, taking fans through 30 years of Mark Calaway’s career.

WWE’s custom LTD Undertaker EC series features a haunting black and purple image of the Undertaker below the fretboard, with a graphic commemorating Taker’s 30th anniversary as a WWE Superstar.

As for the Undertaker’s limited edition signature wine, WWE Wines used 100-percent premium Cabernet Sauvignon from Lodi, Calf. aged in oak. “We knew these bottles would look amazing and be perfect for collectors and fans alike but wanted the quality of the wine to ultimately be the real winner here,” Wines That Rock winemaker Andrew Nelson says of the 30-barrel series. WWE also teamed up with Wines That Rock for a limited-run Ultimate Warrior Zinfandel/Sangiovese blend.

In an exclusive interview with Loudwire, The Undertaker himself reflected on his career while naming his favorite metal bands and WWE’s most metal wrestler. “I want people to understand how much this all has meant to me, how much I appreciate the people I’ve worked with through the years, how much I appreciate what they’ve done for me and that character. I want our fans to understand how much I appreciate them supporting me for so long and having so many special moments with them. I want people to have an understanding of how important this all was to me and what it meant for me to perform. I really try to never take anything for granted and try to always deliver for my fans.”

Fans can enter to win the custom Undertaker guitar by clicking here. You must be 21+ and live within the continental United States to enter. Entries must be received by Dec. 18. Good luck!

Be sure to watch The Undertaker deliver his ‘Final Farewell’ this Sunday (Nov. 22) only on the WWE Network.

The Undertaker Bids His Final Farewell at Survivor Series

The role of Artificial Intelligence in modern businesses and marketing

‘With Arms Wide Open’ Mimicry Made Me Better Singer