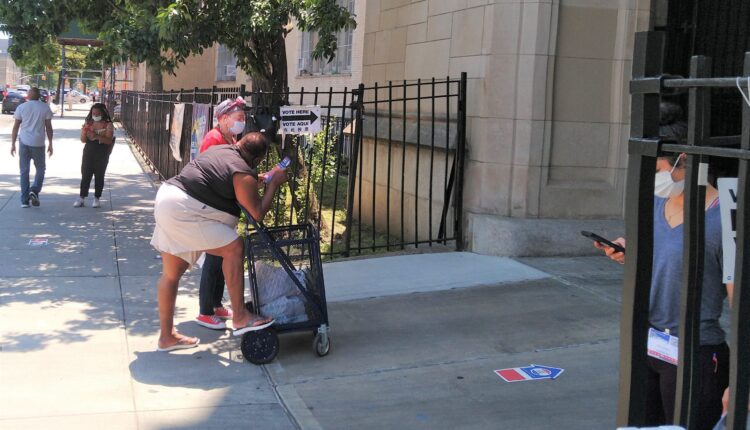 With New York City’s new ranked-choice voting system, some primary candidates citywide may have to wait until July for results. District 45 Council Member Farah Louis was confident enough to declare victory, less than 24 hours after unofficial results were posted.

With 98% of the vote reported, Louis captured more than 75% of first-choice votes in her district, per unofficial results published by the city Board of Elections (BOE). In a written statement on social media, Louis thanked her campaign staff and said she was grateful for the community’s support.

“We have so much more to do together,” said Louis, who was first elected in 2019. “Let’s continue our progress on expanding health care access, improving schools, and increasing public safety.”

Under the city’s ranked-choice voting system launched this year, candidates must capture 50% of first-choice votes. If this does not occur, the last-place candidate is eliminated, and their votes reallocated. This process continues until one candidate has the majority.

On the evening of Primary Day June 22, some candidates celebrated the early results that came in from the BOE. Those results showed three other Haitian-American council candidates ‒ Chi Osse in District 36, Rita Joseph in District 40 and Mercedes Narcisse in District 46 ‒ with leads in their respective primary contests. Neither candidate exceeded the 50% threshold in their races, however.

“Our campaign defied the odds by demonstrating to our neighbors that our singular focus was fighting for them,” said Joseph, who had a five-point lead with 25% of the vote. “While there are still votes to be counted, I feel confident in our current position after securing the most first-place votes.”

Joseph had 10 opponents in the race for District 40, including Josue Pierre and Kenya Handy-Hilliard, who captured 20% and 19% of the vote, respectively. Pierre thanked the voters who supported him and urged patience in the wait for a final result.

“Now, we await ranked choice votes to be reallocated and for absentees to be counted, and we are committed to making sure every vote is counted and every voter is heard,” Pierre said in a statement. “I am excited to see our support continue to grow over the next few weeks.”

Fugitive stole $1.2 million yacht and, when caught, claimed he was ‘water-testing’ it