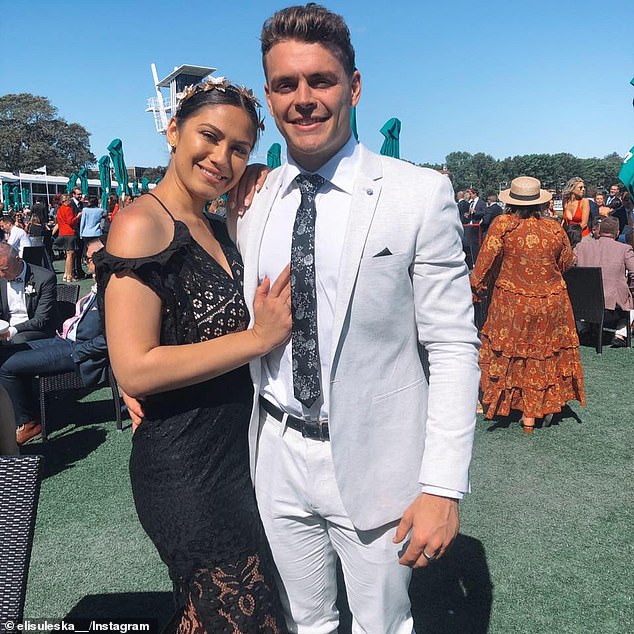 The brave partner of a rising AFL star urged him to follow his footy dreams on the other side of the country as she battled cancer.

Former GWS Giants star Zac Langdon, 24, is back home in Western Australia where he has since joined with the West Coast Eagles during the trade period.

After almost three years in Sydney, he has returned home to be with his childhood sweetheart, fiancee Eli Suleska, who remains in remission after battling Hodgkin’s lymphoma two years ago.

The young couple were rocked by the blood cancer diagnosis in September 2017, just weeks before Langdon was selected at pick 56 in the AFL draft.

An unselfish Ms Suleska told Landgon at the time to chase his football dreams in Sydney while she remained in Perth to undergo chemotherapy treatment.

The couple later opened up about their harrowing sacrifices in an emotional interview.

‘I didn’t want him to pull out of it. I knew he would be okay,’ Ms Suleska told Fox Sports’ Off the Mark in 2018 as her partner broke down in tears beside her.

‘I said to him, “An opportunity like this isn’t going to come again”.

‘I wasn’t going to let that happen and I pushed him to apply for it.

‘I’m very proud of him. He’s worked so hard to get to where he is.’

An emotional Langdon added: ‘I wouldn’t be here without her.’

He said it was a bittersweet moment to move to Sydney and he will be ‘forever grateful’ for the sacrifices his partner made.

‘You don’t realise what you’ve got until something like that happens,’ he said.

‘She’s a tough girl and I knew she’d get through it.’ 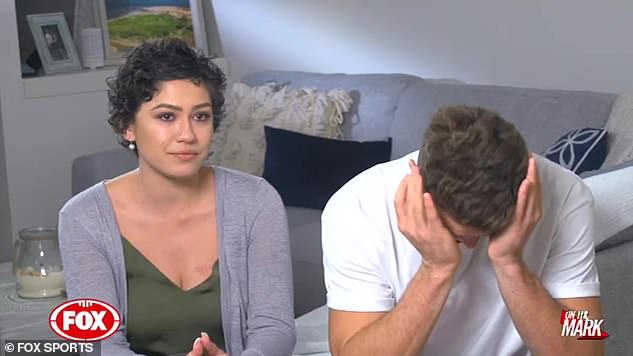 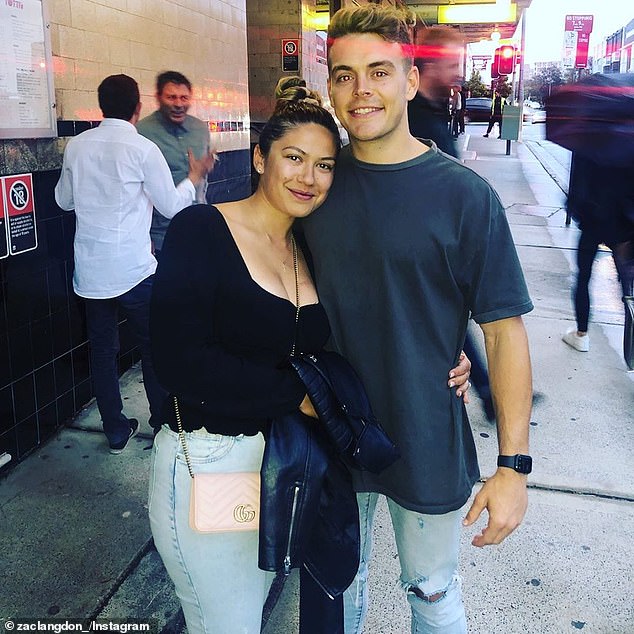 Aged 22 at the time, Ms Suleska lost her hair and had neutropenia, an abnormally low concentration of white blood cells needed to fight infections.

The complications made every day tasks such as going to the shops difficult as Langdon pursued his AFL career, 4,000 kilometres away on the other side of the country.

Langdon initially kept his partner’s diagnosis a secret when he joined GWS.

The couple recalled the moment Ms Suleska was given the all-clear in early 2018, the same day Langdon found out he’d be making his debut in the first round of the season.

‘It was something I’ll never forget. Once she called me I knew straight away by the tone of her voice,’ he told Fox Sports.

‘She told me she was all clear and I was just jumping up and down.’ 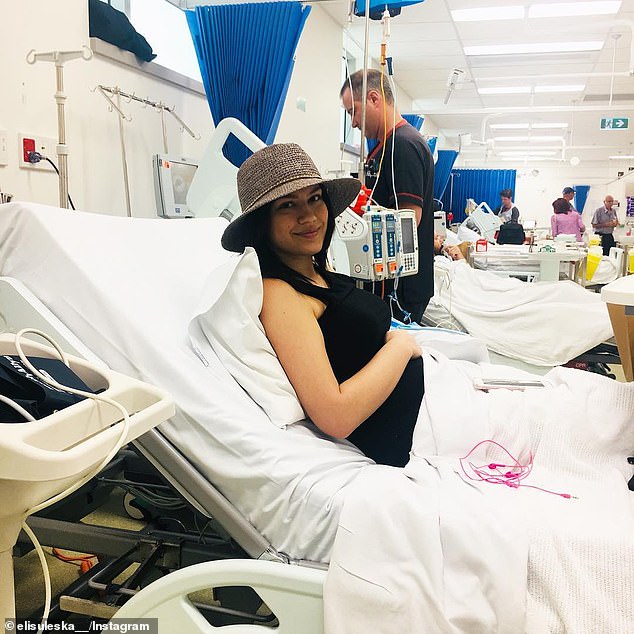 The couple are childhood sweethearts who met in the tiny town of Dampier in Western Australia, 1500km north of Perth.

Langdon proposed to Ms Suleska in May.

‘I can’t wait to spend the rest of my life with you,’ she posted on Instagram at the time.

Langdon posted a heartwarming post on his fiancee’s birthday recently.

‘My best friend and fianceé all in one. I’m very lucky to be able to spend another year with you and have you by my side through life! Your support and love is all I ever need and I can’t thank you enough for what you do for me,’ he wrote.

Langdon played 31 games for the GWS Giants in an injury-plagued three-season stint. 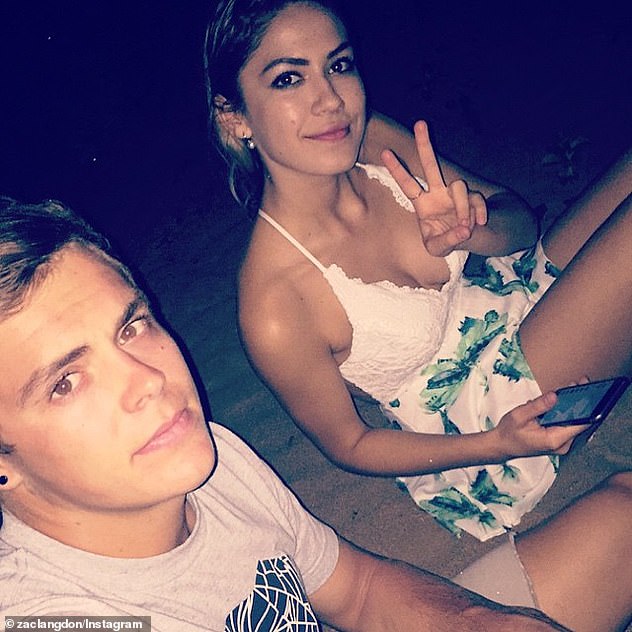 ‘You don’t realise what you’ve got until something like that happens,’ Langdon said in 2018 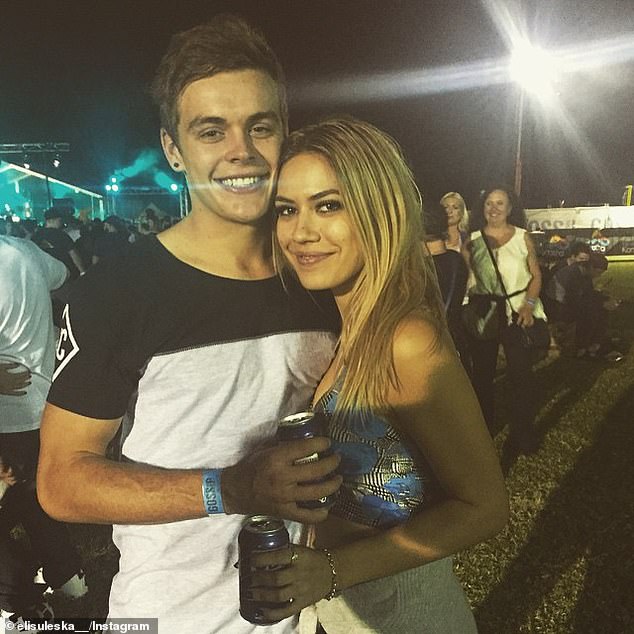 AFL star Zac Langdon and his fiancee Eli are childhood sweethearts who met in their home town of Dampier, Western Australia

His fiancee is still in remission but still requires regular medical appointments to manage the condition.

Ms  Suleska was previously flying across the country for check-ups in Perth.

‘Her appointments – heading back every few months – I really want to be there for her,’ Langdon told Trade Radio.

‘I don’t want to miss out on that any more. 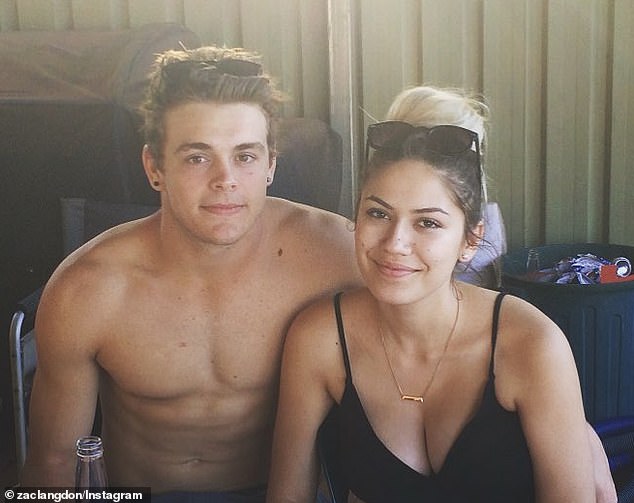 Langdon, 24, has moved home and play for the West Coast Eagles so he could support his fiancee Eli Suleska, who requires regular medical appointments

Langdon was traded to the Eagles for a third-round pick the club then used to acquire Fremantle star Jesse Hogan.

He looks forward to a fresh start at the Eagles.

‘I just to add another dimension to the small forward line, and hopefully bring my pressure,’ he said.

‘I want to hit the scoreboard and potentially go into the midfield and pinch-hit there, which I’d love to get back to.’ 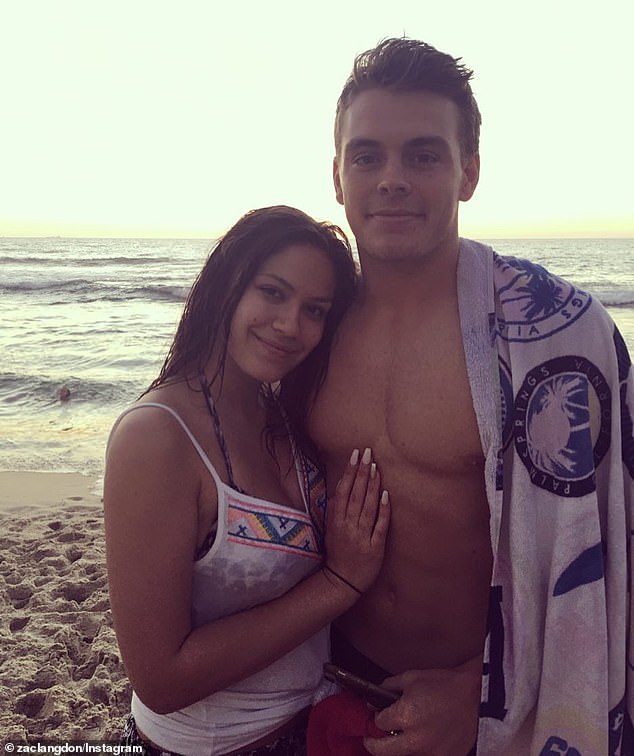