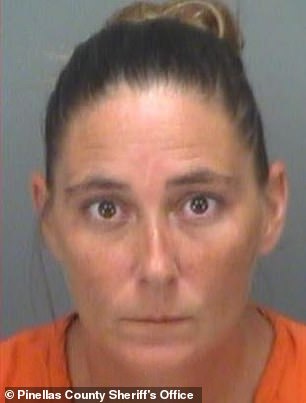 Kari Turner, 40, was arrested Tuesday for refusing to put on a mask after a school board meeting in Pinellas County, Florida

A Florida mom has been arrested for refusing to put on a mask following a school board meeting set up to discuss whether students should continue to wear face coverings inside the classroom.

Kari Turner, 40, was handcuffed in front of her two children at the Pinellas County School headquarters in Largo on Tuesday, before she was taken into custody and charged with trespassing after warning, disorderly conduct and battery on a law enforcement officer.

A video circulating on social media shows Turner’s teenage daughter screaming as she watches her mother be detained by an officer.

Prior to her arrest, Turner was one of 25 parents who turned out at the board meeting to express her opposition to face masks. 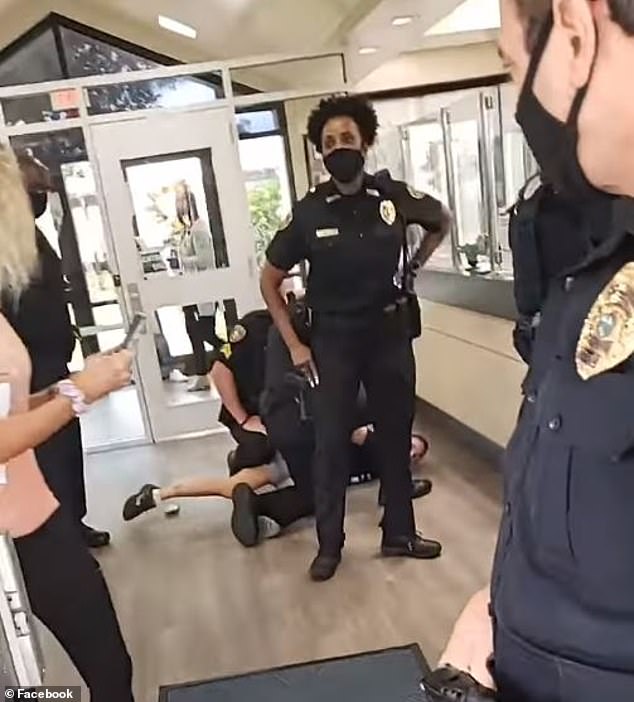 According to The Tampa Bay Times, Pinellas County Schools have had a mask mandate in place for the past several months, and a meeting was convened to discuss whether to extend that order.

During discussions, one concerned parent compared face covering to a form of torture, stating: ‘These masks are water-boarding our children’.

In a video filmed during the meeting, Turner was seen speaking to officials while standing at a microphone with her daughter. Both had their noses and mouths covered at the time.

However, Turner and other anti-maskers failed to convince the school board of their views, with the officials voting 4-1 to extend the mask mandate for at least another three months due to the coronavirus pandemic.

Prior to her arrest, Turner (right) was seen speaking to officials while standing at a microphone with her daughter

Tensions flared after the meeting with several parents claiming school district police stopped them as they tried to walk through the building to their cars.

The cops allegedly ordered them to cover their faces as they were inside.

At that time, Turner reportedly became embroiled in a physical confrontation with an officer in the front lobby of the building.

Other school moms told The Tampa Bay Times that the cops were out of order.

‘They escalated the situation in a way that never should have happened,’ one stated.

‘They were holding her [Turner]. They would not let her leave,’ another added, claiming an officer held up handcuffs in a threatening manner.

Turner has not commented publicly on her arrest. 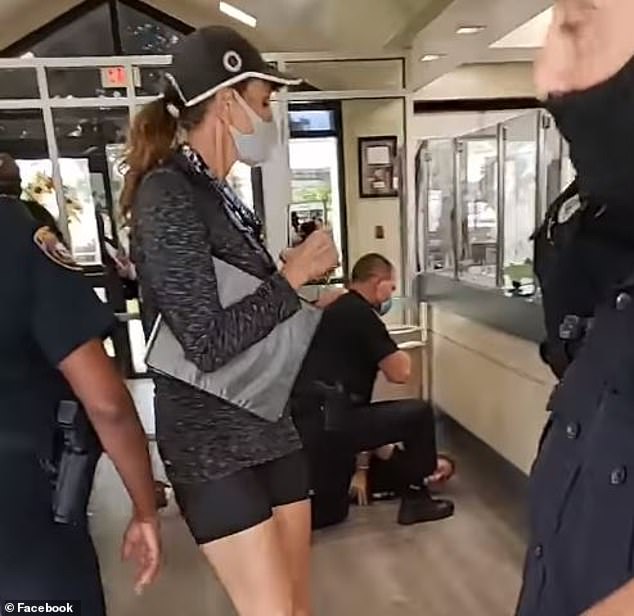 Tensions flared after the meeting with several parents claiming school district police stopped them as they tried to walk through the building back to their cars. Turner is pictured being detained on the ground by an officer