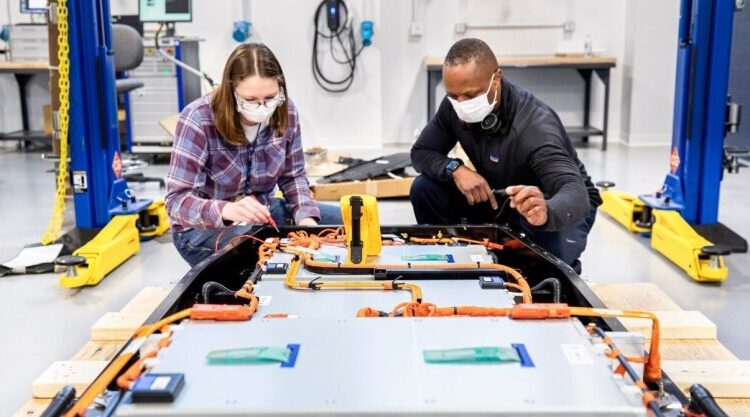 On Tuesday, Ford announced the development of Ford Ion Park, the company’s new collaborative learning laboratory, which will focus on the research and production of EV battery cells.

The automaker will establish Ion Park in Romulus, Michigan, realizing the 2010 commitment to make its home state Ford’s center of excellence for EVs.

To accomplish this mission, Ion Park will focus on optimizing all aspects of the battery value chain, from mining to recycling.

The research areas will be the following:

As it happens, Ford has already invested together with BMW $130 million in solid-state battery tech. Given that solid-state technology has the potential of lower cost and  longer range, it seems that the automaker is determined to be among the first to make the breakthrough.

Ford will spend $100 million on Ion Park, as part of its $185 million overall investment in developing, testing, and building vehicle battery cells and cell arrays.

That’s also part of the company’s $30 billion expenditure to achieve electrification by 2025, a shorter deadline compared to other major brands, such as VW, which has targeted 2035, and GM, which has set 2040.

Ion Park will be held at a refurbished 270,000 square foot facility, and is expected to accommodate 200 engineers and offer thousands of direct jobs.

All in all, that’s a big move for Ford, and I think it clearly shows that the EV industry’s focus has shifted completely to battery development.

In other words, whichever automakers are the fastest to find the best battery tech that will reduce cost, extend range, and tackle mining issues, will be the ones that get the lead in the EV market.

Do EVs excite your electrons? Do ebikes get your wheels spinning? Do self-driving cars get you all charged up?

Proof Covid is turning into a mild illness? Survivors who get reinfected have lower viral loads