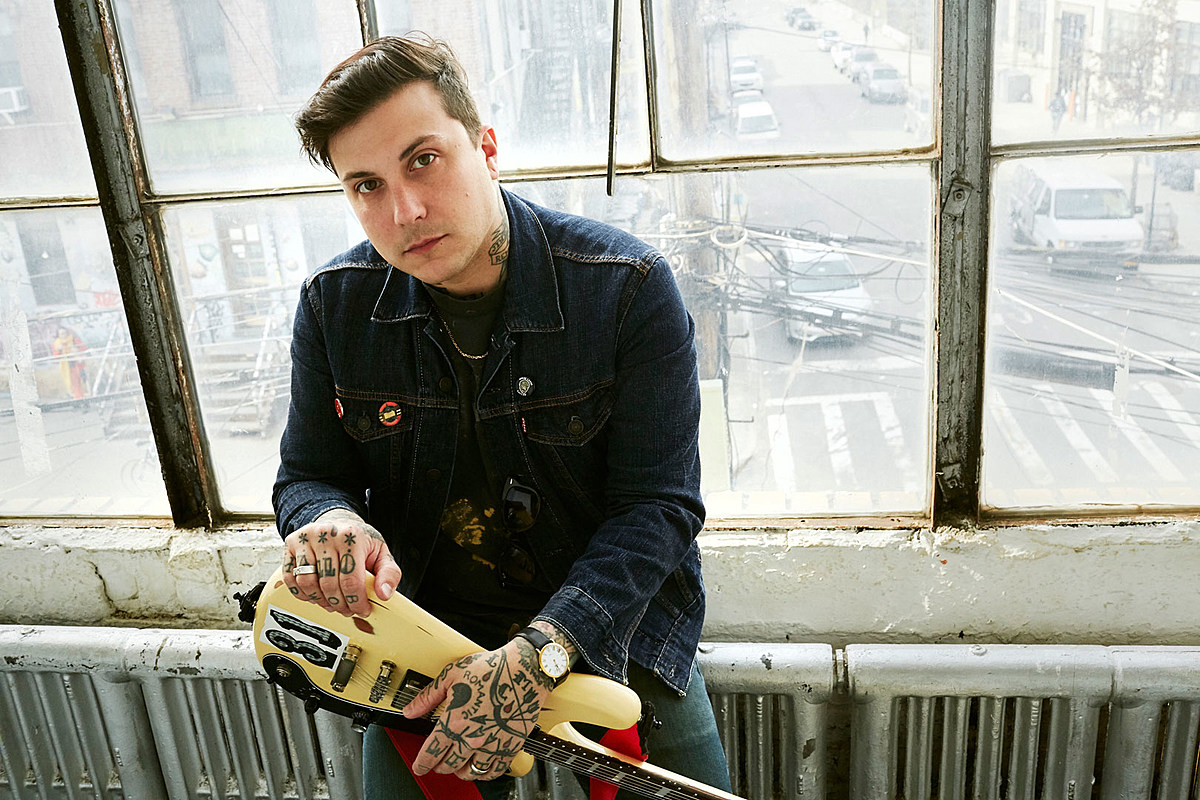 While My Chemical Romance‘s return has been delayed, guitarist Frank Iero is on his way back with new music from his solo band Frank Iero and the Future Violents. In fact, at least one song should sound pretty familiar as he’s just released the group’s cover of the R.E.M. classic “Losing My Religion.”

In 2016, Iero and his guitar-playing brother in law, Evan Nestor, were involved in a brutal motor vehicle accident in Australia – one they barely survived. During the process of recovery, the R.E.M. song, “Losing My Religion” started making pivotal appearances in unusual places / weird circumstance and the mantra repeated itself as time went on.

When Iero resumed touring after the accident, one of the members of the support band, Kayleigh Goldsworthy, struck a chord both literally and proverbially. Iero explains, “From the first show I was completely impressed with her musicianship and by touring together I realized she was also a rad human being who I desperately wanted to write and play music with. In my mind she was already in my next band, I just had to write the music, name the band, find the other musicians, oh and of course ask her.”

He continues, “During that first tour together we got to talking about how she played the mandolin and how we shared a love for R.E.M., and more specifically ‘Losing My Religion.’ So, on the last night of tour in San Francisco we found an empty room/hallway/stairwell type place and made an iPhone voice memo demo of the song. It felt like magic and that was the moment I was convinced this couldn’t be the only thing we did together.”

The two acts continued to tour and during a stop for a BBC Session at the legendary Maida Vale studios, Iero, Nestor and Goldsworthy recorded “Losing My Religion.”

“Losing My Religion” initially appeared on R.E.M.’s 1991 album Out of Time. The band won the Best Short Form Music Video and Best Pop Performance By a Duo or Group With Vocals Grammys for the song. It topped the Mainstream Rock and Modern Rock Tracks charts while crossing over to hit No. 4 on the Billboard Hot 100 and it’s been certified as a platinum single in the U.S. Check out Iero’s cover in the player below.

“Losing My Religion” is leading off the new EP from Iero’s band titled Heaven Is a Place, This Is a Place. The set is due Jan. 15 via UNFD and it’s available to pre-order at this location.

The new EP is viewed as a companion to the Frank Iero and the Future Violents 2019 debut album Barriers, with Iero revealing that the EP is split into two distinct movements. Side A reveals the true meaning of “Violence”, a song title Iero has teased on bass drums in all his Future Violents music videos. It continues with the song “Sewer Wolf.”

In total contrast to side A, side B finds the band going for more delicate and thoughtful pieces with the “Losing My Religion” cover as well as the set closing “Record Ender.”

“The Future Violents was the perfect band at the perfect time for me,” says Iero. “The creativity flowed through us like rapids and we didn’t stop writing because we ran out of inspiration…it was just time to go to the studio. In fact I was still writing at the studio, but I allowed myself the luxury of 14 songs on the record leaving 3 to survive in the shadows. Lying in wait. I knew I wanted them to see the light, it was just a matter of how and when.”

Speaking about the EP origins, he adds, “The title of the EP actually comes from the night before we started recording Barriers at Electrical Audio in Chicago. The band went out to eat and get drinks at a local Tiki bar called, Lost Lake. On the menu that night there was a drink called ‘Heaven is a place/This is the place.'”

He continues, “I love when the universe gives you gifts like that. You just have to be in tune to your surroundings. The name struck me as clever and I started to think about how changing one word in that title meant something way more profound to me. Heaven is a place, if you believe in that sort of thing … It is the reward at the end of a long hard journey of fighting the good fight and living your life to whatever standards you hold dear. But it’s just a place. And so is this … This is a place, the earthly realm, miraculous on so many levels but also just a place. The difference is you and your perception.”

Frank Iero and the Future Violents, Heaven is a Place, This is a Place Artwork + Track Listing

Every My Chemical Romance Song Ranked

‘Mommy Has A Baby In Her Belly’: Cheyenne Just Gave Ryder The Best News…