Fugitive stole $1.2 million yacht and, when caught, claimed he was ‘water-testing’ it 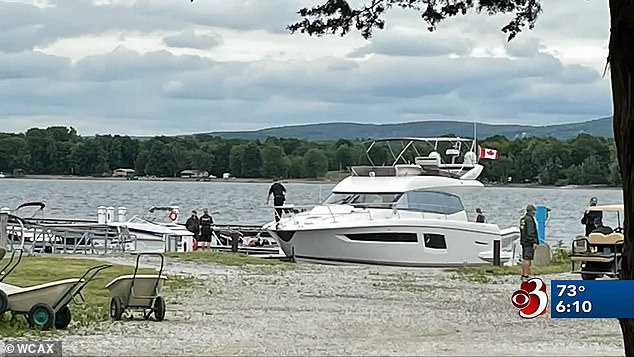 A wanted fugitive stole a $1.2 million yacht from a lake in upstate New York – and lied that he was ‘water-testing’ it after being tracked down by a US Border Patrol helicopter two days later, it is claimed.

He then spent two days sailing it across  joy ride all the way to Vermont and crossed Lake Champlain before he was caught at a state park off the coast of St. Albans, Vt., WCAX reported.

Morris was on the water for two days before a U.S. Border Patrol helicopter spotted the stolen vehicle near Burton Island and apprehended him with the help of the St. Albans Police Department.

Morris interrupted Celis and said he was ‘water-testing’ the boat after making mechanical fixes. He gave a slew of excuses as to why he was driving the yacht, such as that he had permission from the owner Ron McCarthy, of Montreal, who keeps his boat docked at Rouses Point marina. Morris said he was driving the boat to Canada to return it to him.

But McCarthy said that wasn’t true. And Morris was heading south when he was caught – the opposite direction to Montreal, which sits north in Canada.

A wanted fugitive stole a $1.2 million yacht from a lake in upstate New York and drove it across Lake Champlain to Vermont 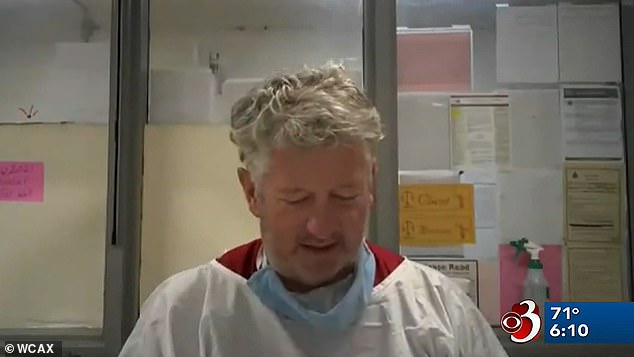 When he was caught, Robert Morris, 56, of Jericho, lied that he was ‘water-testing’ it 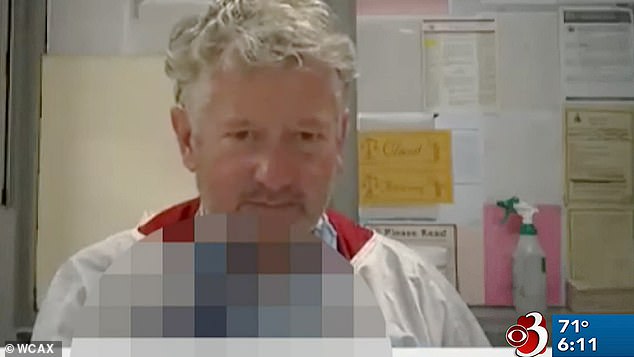 At the end of his court appearance, Morris gave the middle finger

Morris is seen in a video of his court appearance, published by WCAX, during which he continues to talk over the judge refute claims made against him.  ‘You want to go over the affidavit? I pointed out a bunch of mistakes in bold,’ he says before the judge replies, ‘You might be well advised to just stay silent for now.’

Before leaving the meeting, Morris gives the middle finger to the webcam.

The judge ordered that he undergo a competency exam, WCAX reported.

The Vermont State Police says they found five sets of boat keys on the vessel, which the marina said they were missing, according to an affidavit.

Morris is a wanted fugitive in New Hampshire with a list of prior arrests, according to WCAX.  He is being held at the Northwest State Correctional Facility and had his court arraignment on Wednesday.

He is staying at his uncle’s house in Alburgh, his defense attorney said, but is set to be extradited to New York to face additional charges, including possession of stolen property. 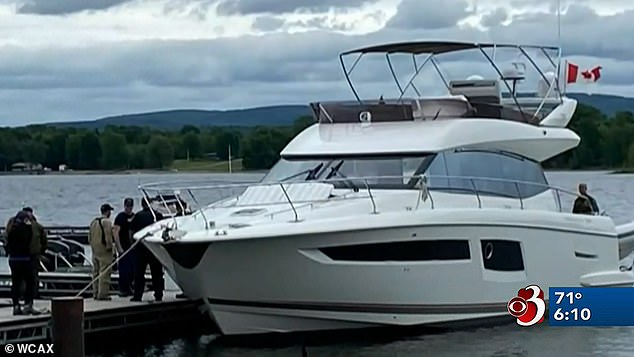 Celis called Morris a ‘flight risk’ and requested a $25,000 bond. ‘He has little to no contacts with the state of Vermont,’ she says in the video. ‘He advised police that he was homeless and had not been in the area for 20 years.’

Local residents from Rouses Point said the incident shocked them as the community is usually low on crime.  Ralph and Ann Choiniere, both retired, have lived there most of their lives and are frequent guests of the Safe Harbor Gaines Marina, where they go on bike rides and admire the boats.

‘Just sort of a hobby of ours,’ Ralph told WCAX. ‘We have no burglaries, we have no armed robbery, we have none of that stuff. That is surprising, yes it is.’