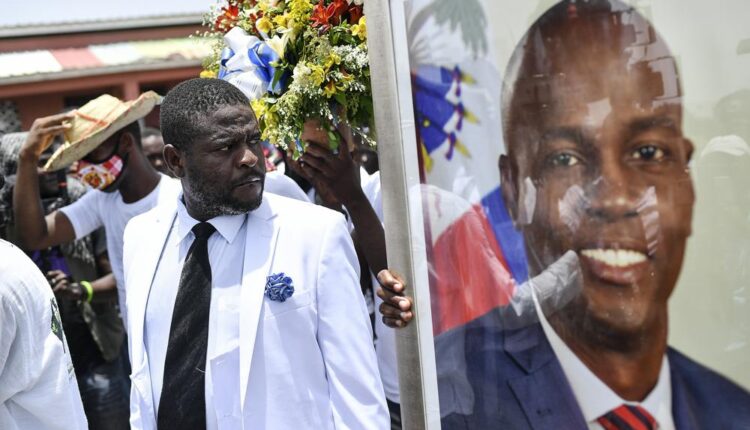 Several hundred demonstrators gathered around a notorious gang leader Monday to demand justice for the late president Jovenel Moïse and honor his memory.

Jimmy “Barbecue” Cherizier, dressed in a white suit and a black tie, held wreaths of flowers as members of nine different gangs held a rally in La Saline, in the seaside of Port-au-Prince. Many wore hoods that covered their faces to avoid being identified.

Nearby, a truck played music as Cherizier knelt down before a large portrait of Moïse and lit candles. The crowd, also in mourning white, sang as they circled a bonfire and threw salt into the flames as part of a ceremony to honor the late president.

“Just as you invested your money to kill President Jovenel Moïse, we are going to invest ourselves with all our strength to get you off this land”, Cherizier said.

To avenge what he sees as yet another attack on the poor, ‘Barbecue’ invites other gang leaders in the capital to join the G9  in the fight against the beneficiaries of the system.

Moïse was shot several times during a July 7 attack at his private home; his wife Martine

Moïse was injured in the attack.

At least 26 people have been arrested in the investigation of the president’s murder, including 18 former Colombian soldiers.