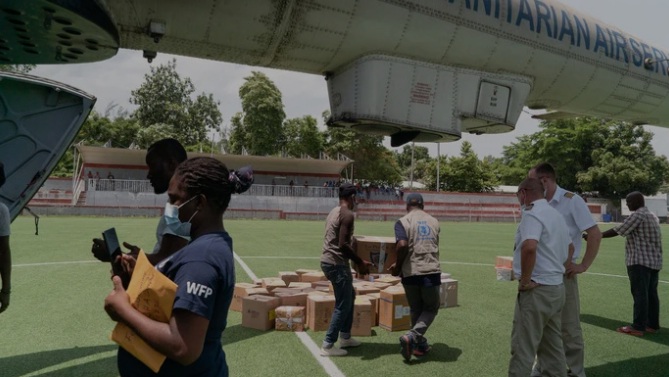 By Jessica Obert for The New Humanitarian

Haiti’s volatile security situation is crippling aid operations in the Caribbean country, where the humanitarian needs of some 4.4 million people were rising even before President Jovenel Moïse’s assasination, with some 214,000 in the capital alone thought to be in need of emergency assistance.

Turf wars between police and gangs in the capital, Port-au-Prince, have delayed aid shipments in recent weeks, while some relief groups have turned to partner organisations or air transport for deliveries. Other organisations have suspended operations, citing the violence and kidnappings.

“We regret that we are in no position to answer the needs of the people in the metropolitan area (of Port-au-Prince),” said Annalisa Lombardo, country director of German NGO Welthungerhilfe, which runs several aid programmes and provides food to 60,000 people. “The safety risk is getting shot.”

Haiti’s political and security situation had been deteriorating long before Moïse’s 7 July assasination. Shortly after he took office in 2017, his presidency was marred by a Haitian Senate report that linked him and others to a $2 billion embezzlement scandal stemming from a cut-price-oil programme meant to develop infrastructure. Despite crippling protests, Moïse had been ruling by decree since January 2020.

Since the assasination, questions have lingered over who is running the country. After weeks of uncertainty, acting Prime Minister Claude Joseph told The Washington Post this week that he would hand over power to Ariel Henry. Moïse, just days before his death, appointed Henry to replace Joseph.

More people have turned to cramped shelters after being displaced by gang violence. Cases of COVID-19, meanwhile, are quickly climbing in the Caribbean country. Continue reading