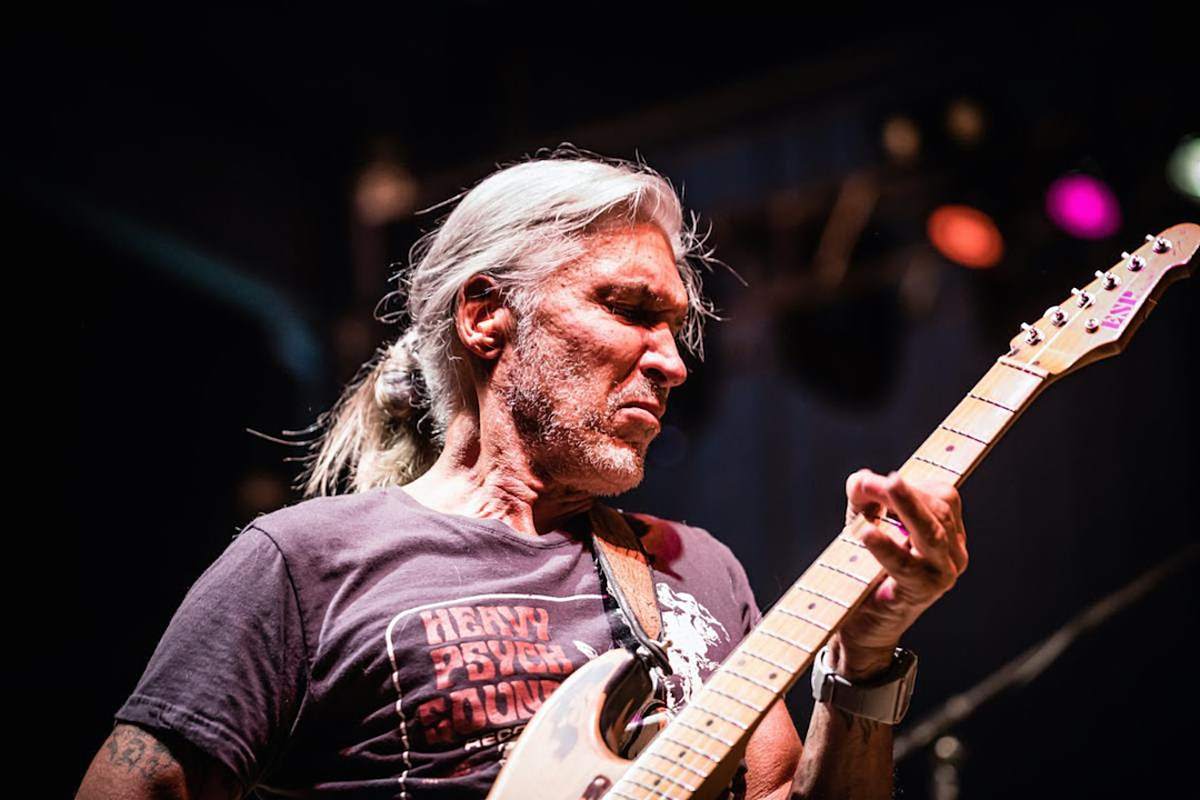 Shred icon George Lynch, best known as the classic guitarist for Dokken, will unleash Seamless, his debut solo album, this summer and has just debuted the shred-tastic first single, “Death By a Thousand Licks.”

This sub-three-minute cut is true to its title and is a fireworks display of eccentricity and technical proficiency. “Death By a Thousand Licks” is far from a pure ego stroke (okay, maybe it is, just a bit), but the rest of Lynch’s band — bassist Eric Loiselle and drummer Jimmy D’Anda — get to work too and lay down a walloping, busy rhythm beneath Lynch’s fretboard pyrotechnics.

“‘Death By A Thousand Licks’ was the last piece I wrote for Seamless,” said Lynch. “I decided to do something that was maniacal and shooting from the hip, completely improvised. It isn’t really intended to be a fully developed composition but more of a vehicle for solo insanity. I think at least half of what I played is in the right key.”

“I wanted the record to be challenging but not exhausting; personal without being belligerently self-indulgent and include a fair amount of guitar histrionics and pay tribute to the masters without making it sound like I’m competing to be the end all summation of all guitar legacies that preceded me. I also wanted the underlying music to be more than vehicles for solos; I wanted the compositions to be able to stand on their own,” he added.

Listen to “Death By a Thousand Licks” in the video below and look for Seamless to drop on Aug. 20 on Rat Pak Records. Head here to pre-order the album and view the album art and track listing further down the page.