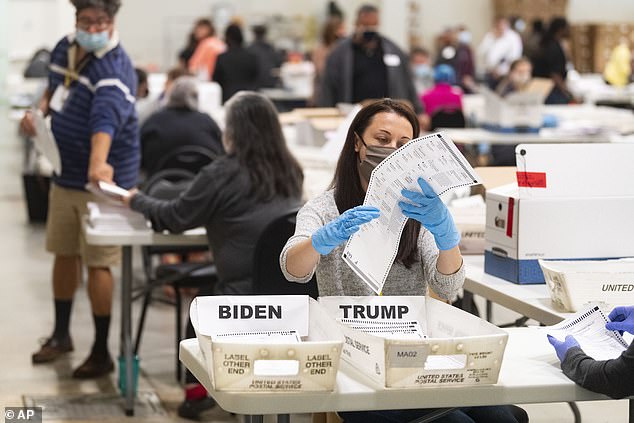 More than 2,600 uncounted presidential ballots have been found in Georgia‘s Floyd County.

The newly discovered votes aren’t likely to effect the outcome of the race, with presumptive winner Joe Biden leading President Donald Trump by some 14,000 votes.

However, it is believed Trump could close that deficit by about 800 votes, after 1,643 uncounted ballots were found for the president compared to 855 for Biden.

Some 2,600 uncounted ballots have been found in Georgia’s Floyd County 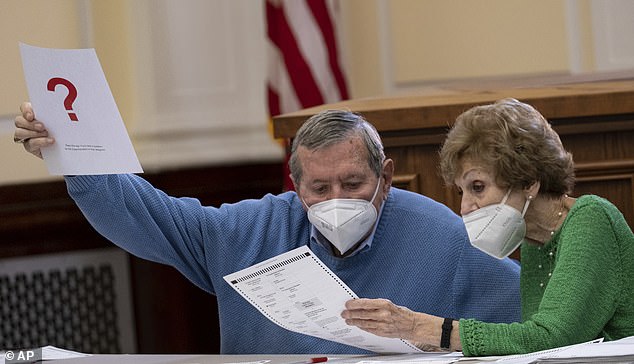 Officials sort ballots during an audit at the Floyd County administration building in Rome, Georgia 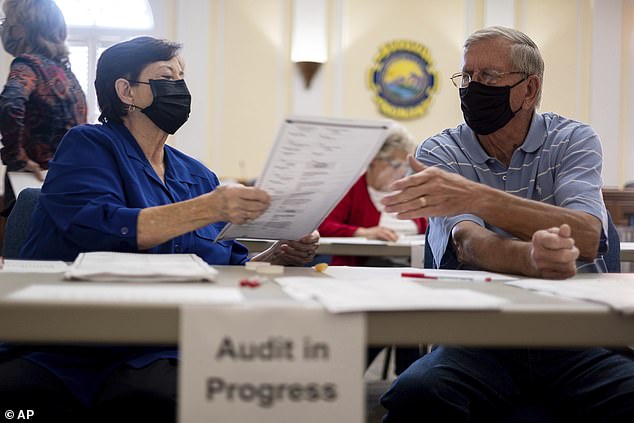 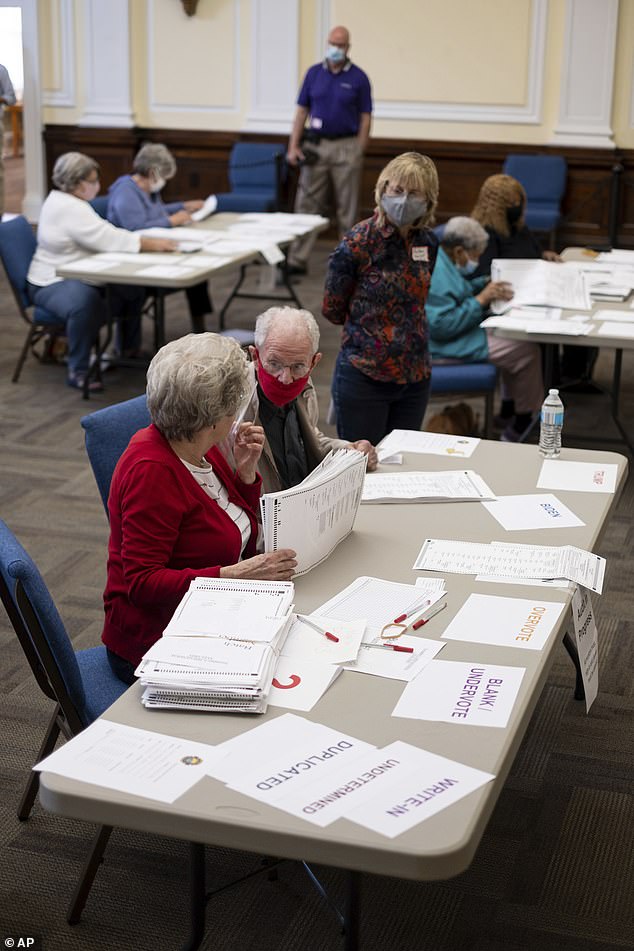 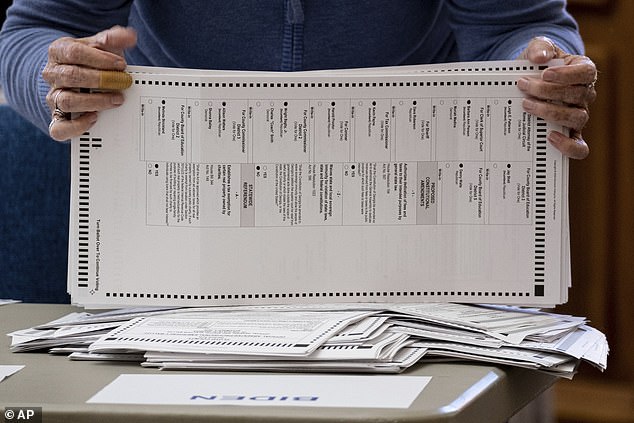 The problems are said to have occurred after county election officials did not upload voted fro a memory card in an ballot scanning machine according to the Atlanta Journal Constitution.

‘It’s not an equipment issue. It’s a person not executing their job properly,’ said Gabriel Sterling, the state’s voting system manager. This is the kind of situation that requires a change at the top of their management side.’

Sterling called it ‘an amazing blunder’ and called for the county’s elections director to resign.

The uncounted votes were cast during in-person early voting at the Floyd County Administration Building with more than half the 5,000 printed-out ballots not being recorded. 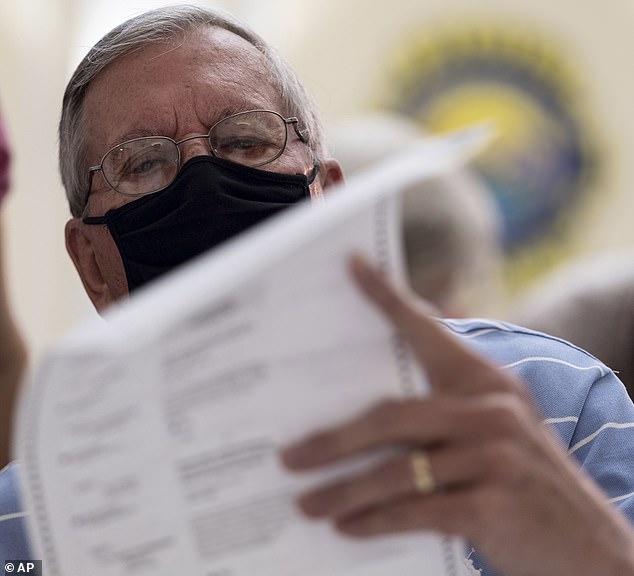 The previously uncounted votes were cast in person in early voting in which more than half of the 5,000 printed-out ballots were not initially recorded 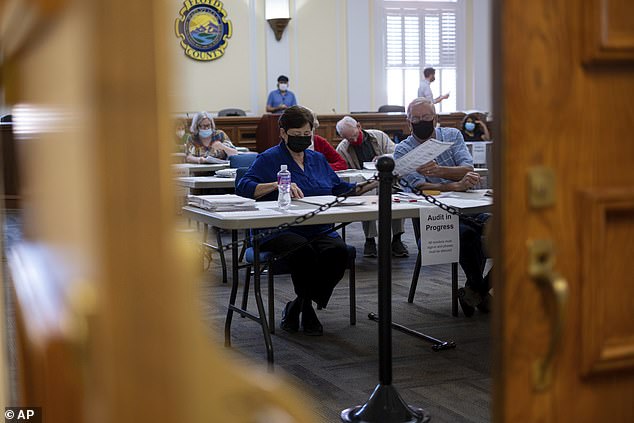 The issue appears to have occurred after an optical scanner stopped working after a few weeks of early voting.

County election officials were supposed to rescan all paper ballots cast on that particular machine, but about half of them were not recorded whatsoever.

‘It’s very concerning,’ Luke Martin, chairman of the Floyd County Republican Party  said. ‘But this doesn’t appear to be a widespread issue. I’m glad the audit revealed it, and it’s important that all votes are counted.’

The missing votes are the most significant issue found so far during Georgia’s recount. 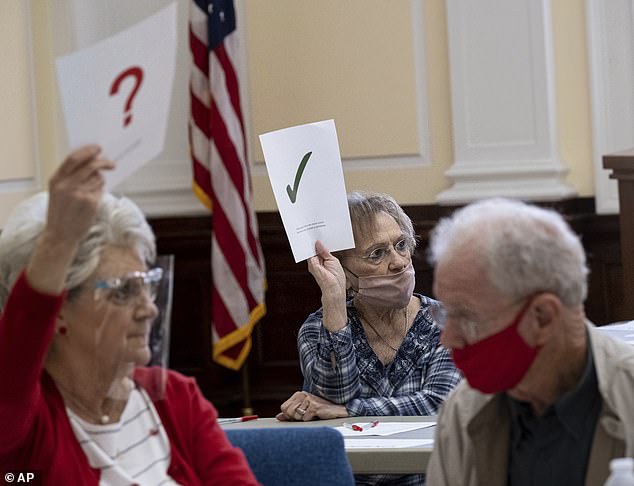 Biden had held a lead of more than 14,000 votes over the past week 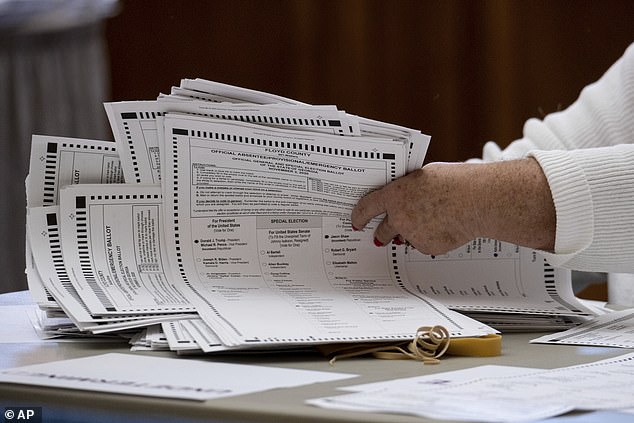 ‘Nothing is making us see any substantive change in the outcome,’ said Sterling, a top deputy in Secretary of State Brad Raffensperger’s office. ‘It’s verifying what we saw on election night.’

The ballots will now be rescanned and tabulated before results are finalized on Friday.

‘You want every vote counted right the first time, but that is one of the goals of the audit: to identify problems,’ State Elections Director Chris Harvey said. ‘All the votes will be uploaded, and the results will be what they are.’ 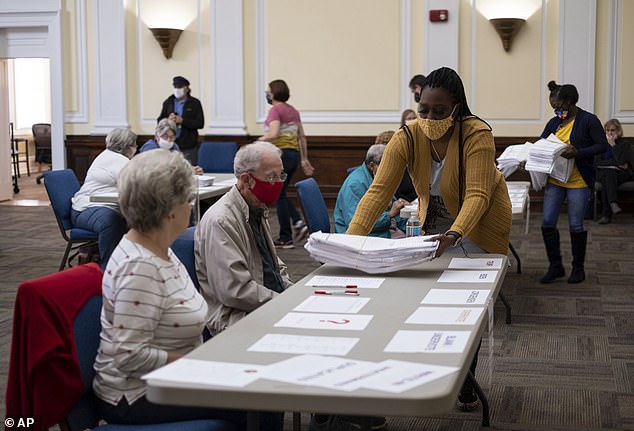 Floyd County is a GOP stronghold that Trump won with 70% of the vote. He’ll net about 800 votes from the new batch of ballots 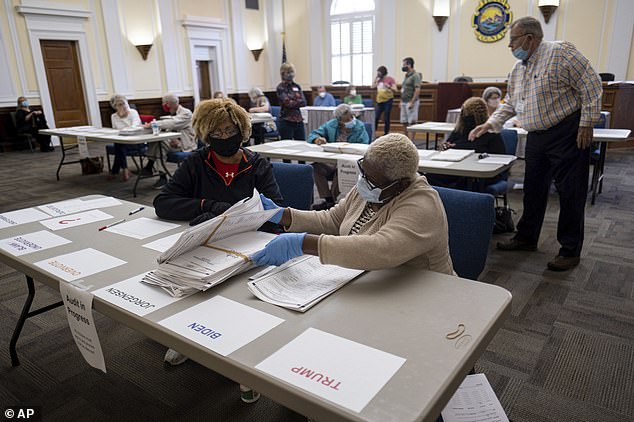 Even with the newly-found votes, it is not nearly enough to overturn President-elect Joe Biden’s victory