Ghostface Killah And Raekwon To Battle In An Upcoming ‘Verzuz’ 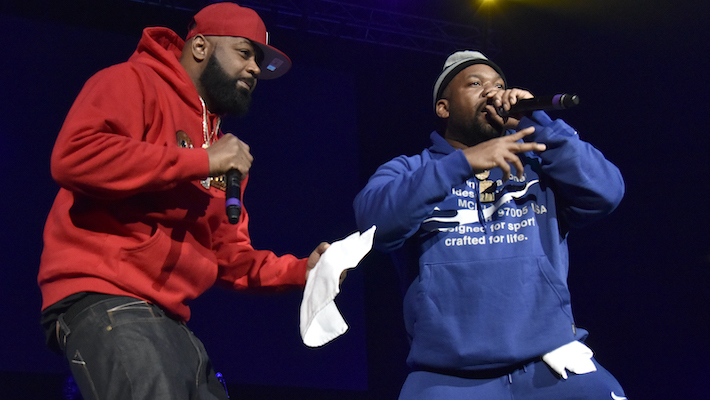 The music world continues to be recovering from a fantastic show of R&B expertise due to D’Angelo’s Verzuz present on Saturday night time. Rather than dealing with one other artist like different individuals on the platform have accomplished, the legendary singer placed on a live performance that noticed him undergo his beloved albums — Brown Sugar, Voodoo, and Black Messiah — with some particular company. Once D’Angelo’s present got here to an finish, Swizz Beatz and Timbaland acquired collectively on Instagram Live to debate the night time and tease what can be subsequent for the platform and it was right here that they revealed an upcoming battle would happen between Ghostface Killah and Raekwon.

Neither Swizz nor Timbaland revealed when the matchup would happen, however their pleasure for it was clear. They delivered the information after excitingly enjoying choose songs from the rappers’ catalogs, together with Raekwon’s “Incarcerated Scarfaces” and “Verbal Intercourse” in addition to Ghostface’s “Run.” Raekwon and Ghostface will now be the third and fourth members of the Wu-Tang Clan to take part in a Verzuz. RZA went in opposition to DJ Premier final April whereas Method Man joined D’Angelo final night time to carry out “Left & Right” and “Breakups 2 Makeups” with him.

The upcoming Ghostface Killah and Raekwon battle joins a rising record of matchups which were teased. Foxy Brown and Lil Kim had been reported to be locked in for a Verzuz, however Swizz Beatz mentioned it was unconfirmed. Bun B additionally mentioned a matchup between him and 8Ball & MJG was within the works, nevertheless it had but to be confirmed.

You can watch a clip from Swizz and Timbaland’s Instagram Live above.