Girl, 11, is grabbed by a ‘strange man who was hiding in the bushes’ near a popular surf club 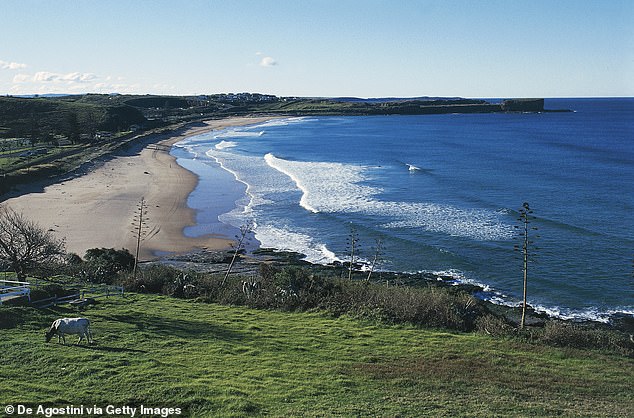 Girl, 11, is grabbed by a ‘strange man who was hiding in the bushes’ near a popular surf club

A young girl has been grabbed on the ankle by a stranger who was hiding in the bushes behind a surf club at Surf Beach, Kiama, on Sunday.

The 11-year-old girl had been playing ‘hide and seek’ when the unknown man grabbed her at the popular beach on the New South Wales south coast about 1pm on Sunday.

The girl reportedly kicked the man then ran away to tell her parents.

Surf Beach, Kiama, on the New South Wales south coast where the girl had been playing

Police described the man as aged in his 20s, with short, black hair.

He was wearing a face mask, denim shorts, a black T-shirt and sunglasses with red tips on the arms.

Police from Lake Illawarra are investigating and have asked the public for help.

If you have any information or were in the area yesterday and saw anything, please call Crime Stoppers on 1800 333 000.