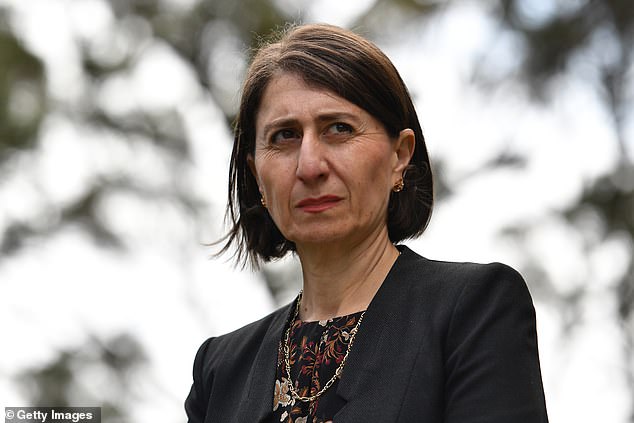 Gladys Berejiklian has fired a brutal shot at at Annastacia Palaszczuk ahead of the second State of Origin rugby league clash.

The New South Wales and Queensland premiers typically agree to a humiliating bet ahead of every series as part of a longstanding tradition.

In 2017, Ms Berejiklian was made to hold a megaphone and yell ‘Go Maroons’ after Queensland lost the series as part of a bet with Ms Palaszczuk.

Two years earlier, then-NSW Premier Mike Baird was made to wear a Queensland State of Origin jersey after losing his bet with Ms Palaszczuk.

But Ms Berejiklian was in no mood for the traditional interstate friendly rivalry about the event on Wednesday.

Ms Berejiklian admitted she wouldn’t even send a text to the Queensland leader ahead of the match, saying she was still frustrated by Ms Palaszczuk’s refusal to open the border to Sydneysiders, arguing that both states’ economies were suffering.

‘I think I’ve made my case clear. And she’s made her position clear. And I don’t think that she’s going to budge,’ she told ABC TV.

‘It’s a lot at stake. I think that the goalposts that Queensland has set for opening the borders to NSW is unrealistic, and I just wish that they would act in a more compassionate and common-sense way.

‘There was ‘absolutely no health advice which says that NSW poses a danger to anybody.

‘Quite the contrary. We have tested our system. Queensland hasn’t. WA hasn’t,’ she finished.

She noted that from November 23, every Australian citizen will be welcome in NSW without quarantine, and the state is also welcoming New Zealanders.

‘We’re really encouraged by the progress we’re making. But let’s not be in a situation where people lose jobs, are frustrated and separated from their families over Christmas unnecessarily. It’s just ridiculous,’ she said. 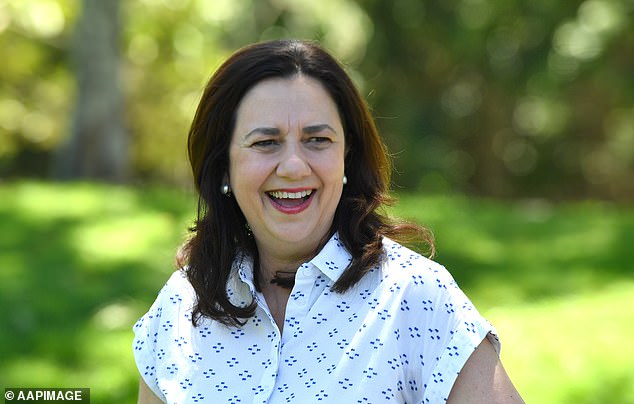 Annastacia Palaszczuk (pictured above) hit back at Ms Berejiklian, stating ‘she has my number’ and that she shouldn’t be ‘misleading to the media’