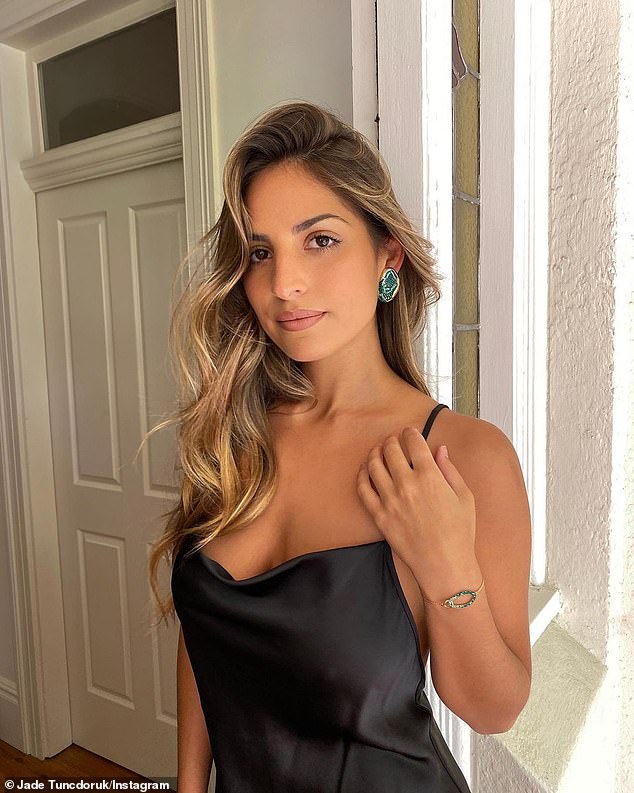 A social media star has opened up about a major health scare after she was diagnosed with a potentially deadly sexually transmitted disease.

Jade Tuncdoruk, 25, was told she had human papillomavirus after undergoing a cervical screening test at her Sydney doctor in August.

Without surgery to remove the abnormal cells the virus could have developed into cervical cancer.

The influencer has spoken about her experience to tear down the stigma behind the condition and encourage other women to get tested.

Jade Tuncdoruk, 25, (pictured) was told she had human papillomavirus (HPV) after undergoing a cervical screening test at her Sydney doctor in August

‘I hadn’t really seen any other women speak openly about this,’ she told ABC News.

‘There’s a stigma around contracting sexually transmitted viruses that scares people into silence and that silence and lack of information can actually in rare cases, be fatal.’

She decided to get a test done after noticing abnormalities in her period as well as other symptoms.

The new tests are more accurate, meaning you only have to get screened every five years after your first HPV cervical screening test. 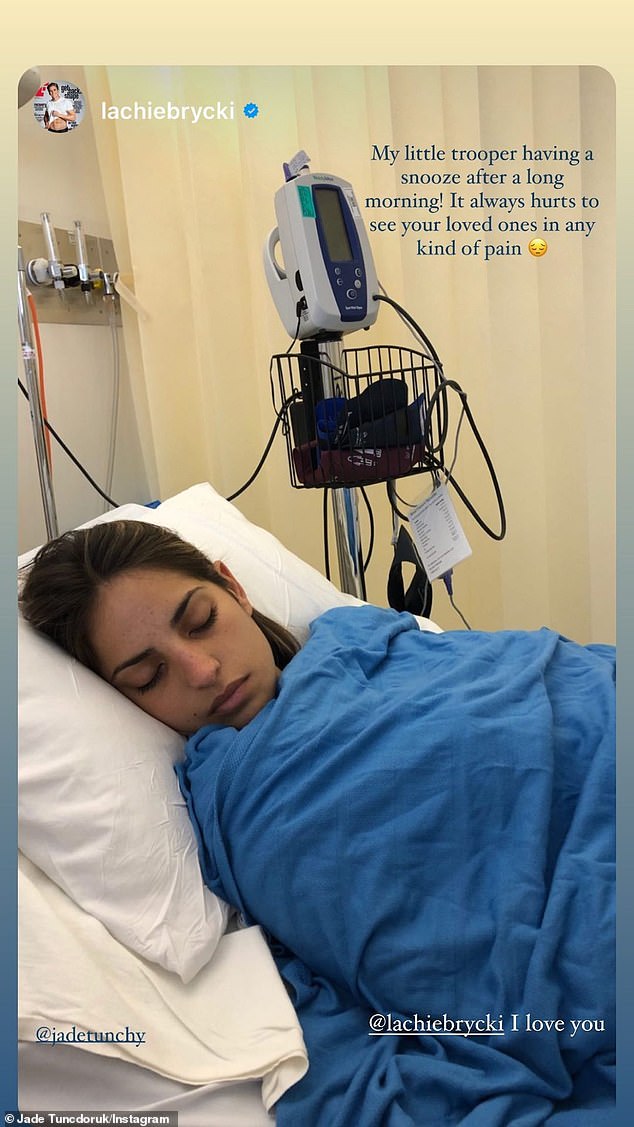 The 25-year-old said if she hadn’t had the test done she would have had no idea anything was wrong.

‘The screenings are there because this is all preventative if caught early. The process isn’t half as bad as you might think … you aren’t alone in this,’ Ms Tuncdoruk said.

She has been documenting the entire journey – from diagnosis to treatment – on social media to her half a million followers.

In a candid story on her Instagram account she revealed her shock at getting the phone call from her doctor with the news. 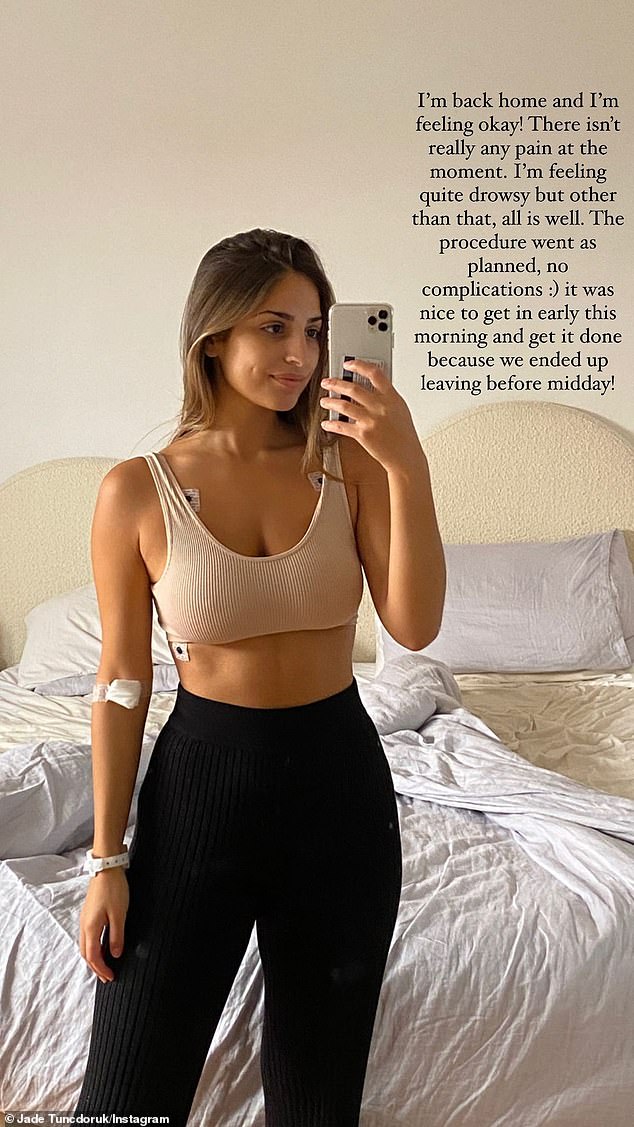 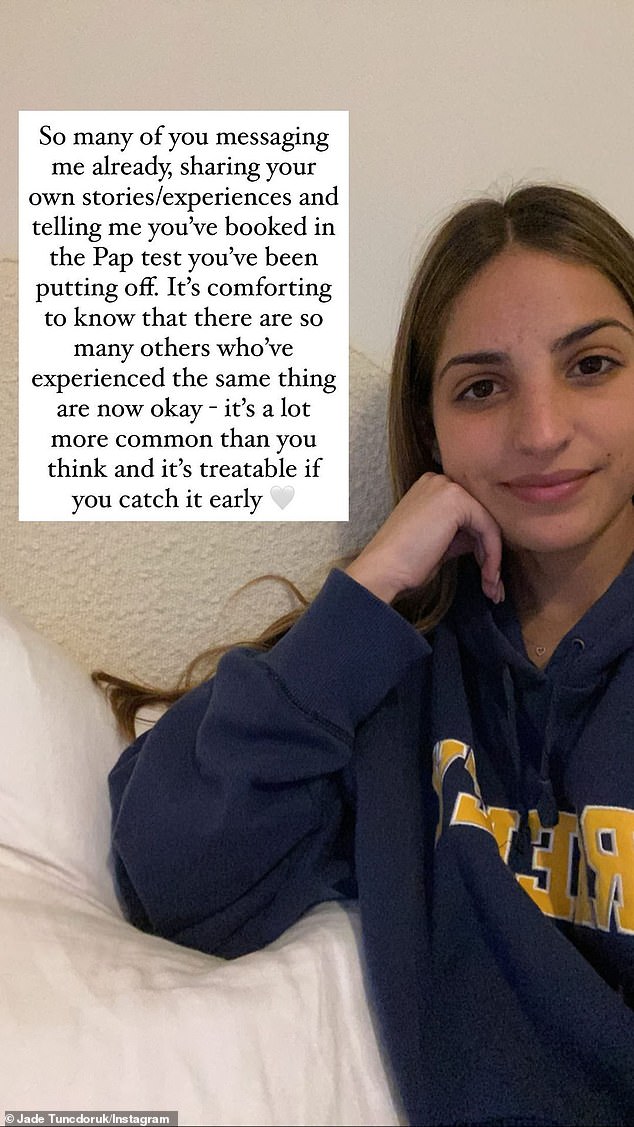 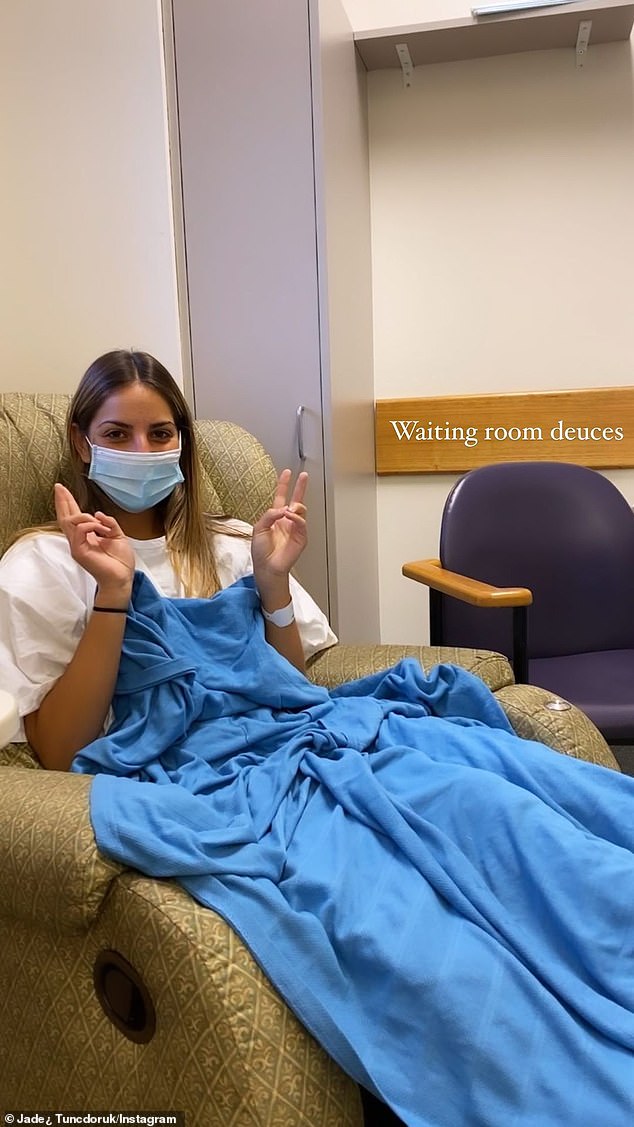 Wearing a hospital gown and a face mask, she shared a photo from the waiting room before undergoing the procedure

‘The first thing you think is obviously the worst, and it’s scary and you don’t really know how to digest what you just heard,’ she said.

‘But the doctor reassured me that we had caught it early and that it was treatable.”

The influencer underwent a loop electrosurgical excision procedure (LEEP) on Thursday to remove the cancerous cells.

A LEEP procedure involves removing abnormal tissue from the surface of the cervix using a thin wire loop that is heated using an electric current.

Following the procedure, the influencer smiled while filming a short clip from the hospital bed as her boyfriend, Lachie Brycki, sat by her side.

‘I did it, now where going to go to Maccas,’ she said. 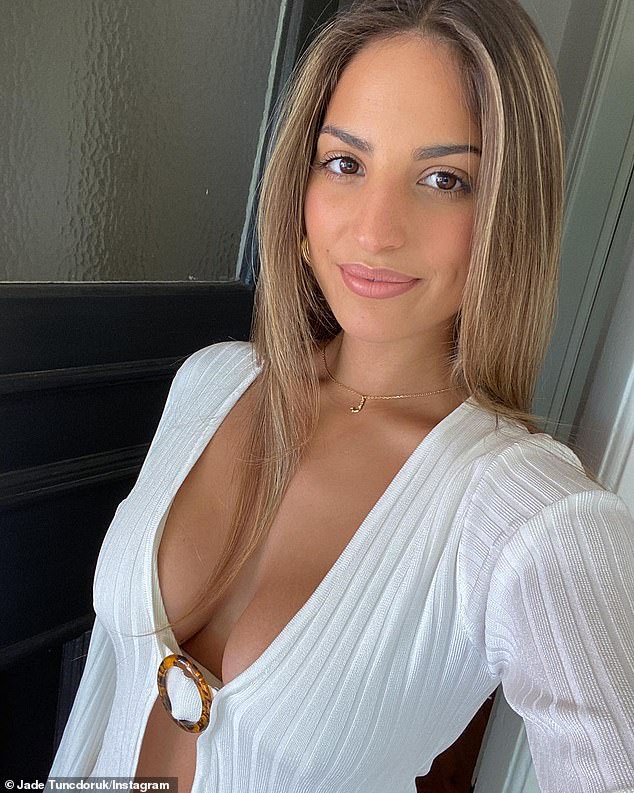 On Wednesday, she explained to her followers what the procedure was going to involve.

She said she would be in the hospital for ‘half a day’ and would be going under general anesthetic for the procedure.

‘I am going under for it, so I’m not going to be awake. It’s not going to be painful, it will be a little bit after but I think it’s similar to strong cramping,’ she continued.

‘If you’ve had a biopsy and you’ve been told you need the LEEP procedure, its a lot like the biopsy.’

Since sharing her story on social media Ms Tuncdoruk has been inundated with messages of support.

Many reached out to reveal they were going through the same experience.

‘Thank you so much.  Because of you I had a cervical screening test last week and I have abnormal cells and need to go through the same process. I wouldn’t have done this without you bringing awareness,’ one woman wrote.

In Australia women are encouraged to undergo cervical screening from the age of 25.

An HPV vaccine is also given to most school-aged children.

After getting vaccinated and undergoing the first screening women need to get tested every five years.

There was an almost 45 per cent drop in cervical cancer screening rates from January to June this year compared to 2019.