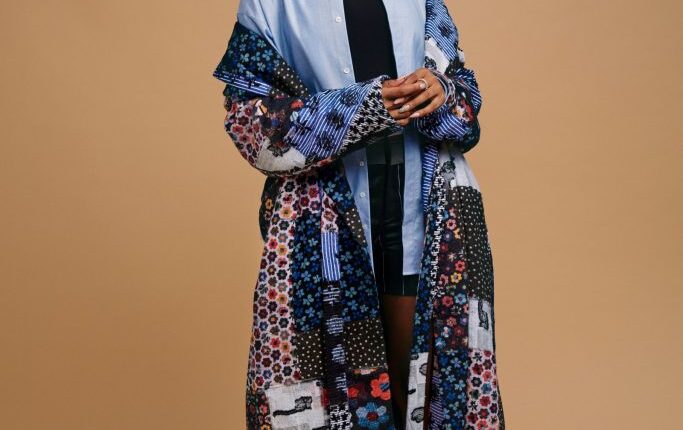 Though your first instinct might be to lump any and all TV dramas about teenagers together, Odley Jean, who plays Dominique Pierre in the new Netflix series Grand Army, hopes you suspend that impulse for this show.

“Degrassi was in the school and the hallways, but also went into the teens’ lives at home as well as a lot of social issues,” the 24-year-old confesses about the show Grand Army will likely be compared to. “But, I feel like Grand Army lays it all out there and calls everything and everyone out. And it’s up to us to dissect and have conversations… It’s not spoon-fed to you.”

Oddly’s character Dominique is a high school upperclassman trying to balance her school work, social life, and obligations at home. A first-generation daughter of a single Haitian mother, Dominique helps care for her niece and nephew while simultaneously trying to keep her spot on the school’s basketball team, spend time with her boyfriend, hang out with friend, and land a meaningful internship. Out of all the characters, Dominique has the most going on — and it weighs on her. When her sister is injured at work, she tries to find ways to step in so that her family isn’t short on rent — but doing so risks the life she has built for herself, in more ways than one.

Odley, a Haitian-American actress raised in Brooklyn, found synergy in her character’s storyline. “I’m still dealing with not taking on too much, and being able to prioritize and get things done in a timely manner,” she tells Teen Vogue. “If you take on so much, you end up spiraling — that’s what Dom went through. And although she kept putting on a brave face and pushing through, it still broke her.”

That young people are under more stress than ever is no surprise and Grand Army puts those pressures front and center. The show follows five students at the same high school as their personal lives intersect and overlap. For Dom, moments of teenage joy with her friends and her crush are countered by stressors that typically fall on much older people — but because Dom has no choice but to persevere for the sake of her family’s well being. Continue reading