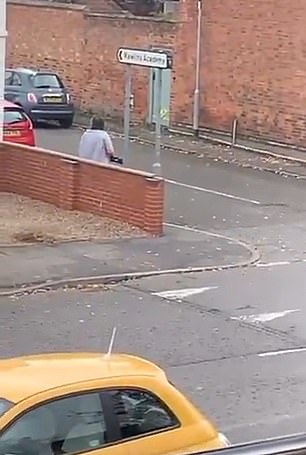 By James Gant and Amie Gordon For Mailonline

Students were locked in a school this afternoon as police swooped on a village amid reports of a man armed with a rifle.

Armed police are at the scene in Quorn, Leicestershire.

Locals reported seeing a man armed with a firearm, aiming it at children and ‘shouting threats at passersby’ in the area of the Rawlins Academy.

Officers said the man was armed with a long-barrelled firearm and was reported to have ‘pointed the weapon at people in the area including children.’

The 50-year-old has been arrested on suspicion of possession of a firearm with intent to endanger life, police confirmed. 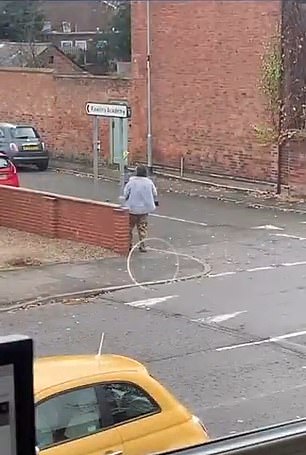 Staff at the academy confirmed there was an incident at the school but were unsure of what happened.

A spokesman confirmed children were shut in their classrooms for a ‘short period of time’ but have been let out now.

They said it was believed the man involved in the incident was dealt with by police.

Leicestershire Police said: ‘Officers were called at 12.04pm today to a report of a man in possession of a long-barrelled firearm in the area of Sarson Street, Quorn.

‘In the interests of public and officer safety, firearms officers were deployed to the scene. During the incident a less lethal baton round was discharged by officers against the man.

‘The man, aged 50 and of Quorn, has been arrested on suspicion of possession of a firearm with intent to endanger life. He currently remains in police custody.’