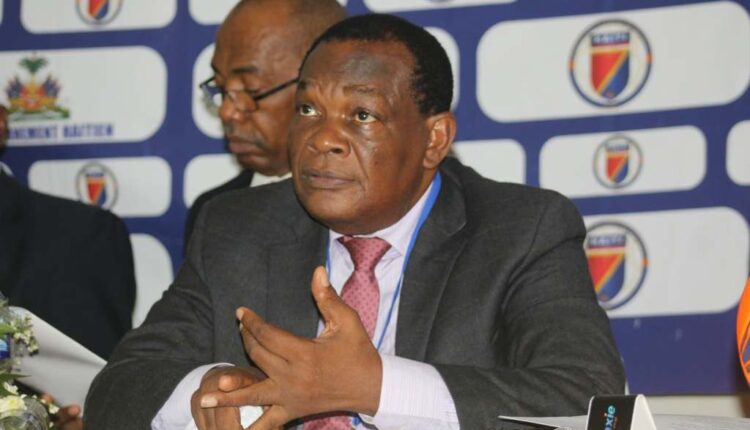 The International Federation of Association Football (FIFA) has suspended Yves ‘Dadou’ Jean-Bart, Haiti’s soccer president, for life after finding him guilty of abuse of power and sexual assault on several players, including minors.

Jean-Bart was fined 1,000,000 swiss francs (CHF), about $1.1 million. FIFA made the decision on Wednesday and notified Jean-Bart on Friday.

Meanwhile in Haiti, judges there cleared Jean-Bart of any wrongdoings on Thursday, saying that they didn’t find any proof nor did any of the victims come forward even after assuring they would receive protection.

Pierre Esperance, the National Network Defense of Human Rights’ general director, predicted in July that the justice system was going to let Jean-Bart walk away scot-free.

“If I tell you Dadou will get condemned if he’s guilty, that would make me naïve. I know the reality of this country,” Esperance said then. “Haiti’s justice system is playing a huge role in [maintaining] corruption and impunity in the society.”

Although Jean-Bart admitted that he had impregnated a former player, he denied the sexual abuse accusations. A statement from his publicists published on Thursday said the accusations were a political ploy to harm Haitian football.

“The false allegations against Dr. Jean-Bart are the most serious charges that anyone can make against a man,” the statement said. “They were launched as a coordinated political attack seeking to destabilise the Federation and undermine Dr. Jean-Bart’s legacy.”

Jean-Bart was first publicly accused of sexual abuse in an article published in The Guardian last April. Unnamed victims said Jean-Bart coerced several players from the National Technical Center of Croix-des-Bouquets, Haiti’s boarding youth soccer training center. One player he allegedly raped in 2018 was a virgin and had to get an abortion at age 17, according to The Guardian.

On May 4, several players from the center marched in a show of support for Jean-Bart and denial of the accusations. Romain Molina, one of the investigative reporters covering the case for The Guardian, tweeted that Jean-Bart and his supporters had threatened to kill victims if they spoke up about the sexual abuse. He too had received death threats, Molina told The Haitian Times.

FIFA suspended Jean-Bart for three months on May 25 to investigate the accusations and then for an additional three months on Aug. 20. However he was still visiting the center and even signed documents, according to Molina.

Other members of the Haitian soccer association were also temporarily banned in September, including Technical Director Wilner Etienne and Nela Joseph, the girls’ supervisor at the training center.

Jean-Bart has been at the head of the Haitian Football Foundation (FHF) for 20 years. He’s a former member of FIFA’s commission and was the Caribbean Football Union acting president from 2011 to 2012.

Evan Nierman, Jean-Bart’s publicist, said in a statement that FIFA didn’t properly investigate the case and only banned his client because they wanted to avoid further controversy and bad press — FIFA had other sexual abuse scandals in the past.

“FIFA failed to review actual evidence which is why Dr. Jean-Bart expects to be fully exonerated and reinstated after appealing to the Court of Arbitration for Sport,” Nierman wrote.

Scores of Haitians took it to social media to express their repugnance of Haiti’s justice system.

“Humiliation for the Haitian justice system,” Pierre Luc Fontus wrote on Facebook. “What a shame for the Haitian population with a great history where impunity, injustice, corruption are virtues.”

Just-in: Lagos to clamp on Tank Farms without planning permit

Nigeria to exit recession by first quarter of 2021

These Rapper Doppelgangers Will Blow Your Mind