Haiti’s government has pushed its luck one too many times 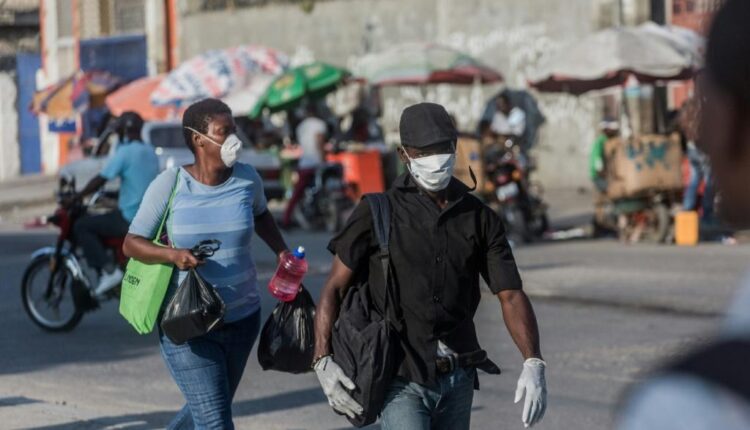 By Garry Pierre-Pierre | The Conversation

If it wasn’t for bad luck, Jovenel Moise wouldn’t have any luck at all. First, Martissant and Bel Air neighborhoods have been virtually no man’s lands because of warring gangs, forcing residents to flee for their lives.

American Airlines cancelled some flights to Haiti due to security issues, leaving the troubled country more and more isolated.

The coup de grâce came earlier this week when the Biden Administration said that it would not support the Haitian government plans to hold a Constitutional referendum. Although, the government announced days before it was postponing that vote because of an uptick in Covid-19 cases in Haiti.

Moise has struggled since the beginning of his term in 2018, seemingly out of his depth governing a fractious nation that has been reeling for quite some time. A political neophyte, he has had little support from civil society, private sector and only controls a faction of his governing party, PHTK.

Some human rights leaders have accused Moise of having direct ties to gangs, letting some do his dirty deeds. While there has been no formal investigation into these allegations, it is clear that the gangs of Port-au-Prince rule the streets and not the police, whose authority has steadily diminished, outgunned by gangs that seem to have an endless arsenal to terrorize the population.

A country in isolation

While Covid-19 has made shelter-in-place and lockdown part of our daily lexicon in the United States over the last 15 months, the former has been a reality for the average person in Haiti for much longer. In 2018, violent protests shut down Haiti after the government increased fuel prices by up to 50 percent.

I was there for the Haiti Tech Summit, and the tension then was palpable. Jack Dorsey, the Twitter founder, spoke at that summit, but he had to fly in by helicopter to the Decameron resort where the event took place. The ride from Port-au-Prince was too dangerous.

I left the summit a couple days early because I had some commitments in New York. Back home, I was watching the quarterfinals match of the World Cup which featured Belgium versus Brazil. Moise and the administration thought they had an ace up their sleeves. They would release the news of the fuel hike shortly after the match. It took it as an article of faith that the Brazilians would dance all over Belgium and Haitians would be so delighted with the results that they would not care about the huge increase.

In the category of “you can’t make this stuff up,” Brazil lost and all hell broke loose. Brazil, the heavy favorite, the Haitians’ favorite team, lost. Instead of dancing in the streets, people were rioting in one the worst riots in Haiti’s modern time. People took out their twin frustrations over Brazil’s loss and fuel increases, and they inflicted millions of dollars in damage to property. Many people were killed during the 2018 riots, whose remnants remain visible to this day.

Since then, the number of visitors to Haiti plummeted as missionaries, diaspora and casual tourists stayed away. The Toussaint L’Ouverture International Airport, once teeming with passengers, has been a shell of its former self.

Of Covid-19 and the referendum

Moise had all the luck in the world when he started. But he squandered it. As Covid-19 was inflicting havoc on most of the world, it spared Haiti for the most part — until Haiti pushed its luck. Instead of rising to the occasion by continuing to beat back Covid, the government, early into the pandemic, discontinued all social distance and mask wearing measures that scientists agree are effective tools in combating this and other infectious diseases.

Haiti did little testing and returned to pre-pandemic protocols last summer. Lately, however, the tide has turned, and Haiti is seeing a rise in the number of Covid-19 cases that is threatening to overwhelm the country’s already fragile health care system. Hospitals are quickly running out of beds. There is a chronic lack of oxygen and, as of this writing, Haiti still has no vaccine.

On top of all of these challenges, the government has been hell bent on holding a referendum on the constitution. As I’ve said before, amending a constitution is fine, but the question is why now. In another “you can’t make this stuff up” illustration on Tuesday, the government announced that it is postponing the referendum because of the rise in Covid-19 cases.

The referendum is everything to this government and its allies. For example, former prime minister Laurent Lamothe, a close advisor to Moise, has presidential aspirations. But to run, he needs to get the clearance required of all high-level officials to ensure their tenure in government was free of grift and corruption. Once that’s done, they can be on the ballot.

Lamothe will have a hard time getting such clearance considering that he is one of the people at the center of the PetroCaribe money scandal. Michel Martelly, Moise’s predecessor and member of the same PHTK party, is facing similar challenges.

One way to solve this problem is to reform the constitution and include clauses that basically absolve them of any responsibility. Under their proposal, a former president cannot be investigated, prosecuted, or sentenced if found guilty of any alleged misdeeds. Donald Trump got nothing on these guys.

But like everything else, there are some provisions in this proposed referendum that are favorable to the diaspora, like property ownerships and extending Haitian citizenship to people whose parents and grandparents were born in Haiti, even if they weren’t.

The government has been lobbying hard for this referendum. It hired a high-powered firm to do its public relations work to the tune of $1 million. The PR firm has tried to turn its consulates and embassies into de facto diaspora’s grassroots organizations.

Last month, I received an email inviting me to a community forum on the referendum. Outside the names of a couple prominent media personalities, the other people on the flyer were all officials from the New York consulate.

Community leaders got wind of it and organized a protest against the event, making it moot by pointing out this was a Haitian government sanctioned forum, not a community effort. The forum did not achieve its intended purpose.

Since Biden took office on Jan. 20, Haitian American leaders had been asking that his administration  distance itself from the referendum. The U.S. official position of support for the Moise government stemmed from Moise’s accord to vote against Venezuela when Trump wanted to impose sanctions on the South American country, once Haiti’s most loyal ally when Hugo Chavez was president.

Moise made the pilgrimage to Mar-a-Largo, not to the White House, to meet with Trump to seal the deal. Trump got the vote, Moise got the power of the U.S government behind him and he has ruled belligerently since then, dissolving Parliament and ruling by executive orders.

Finally, it seems, Moise’s luck ran out when Biden made it abundantly clear that he is against the referendum. Now he’s left with only one card: Organize free and fair presidential elections.

For the luck of Haiti, let’s just hope that Moise is up to the task.

Spanish father drugged and killed his two daughters before throwing them into the ocean, say police