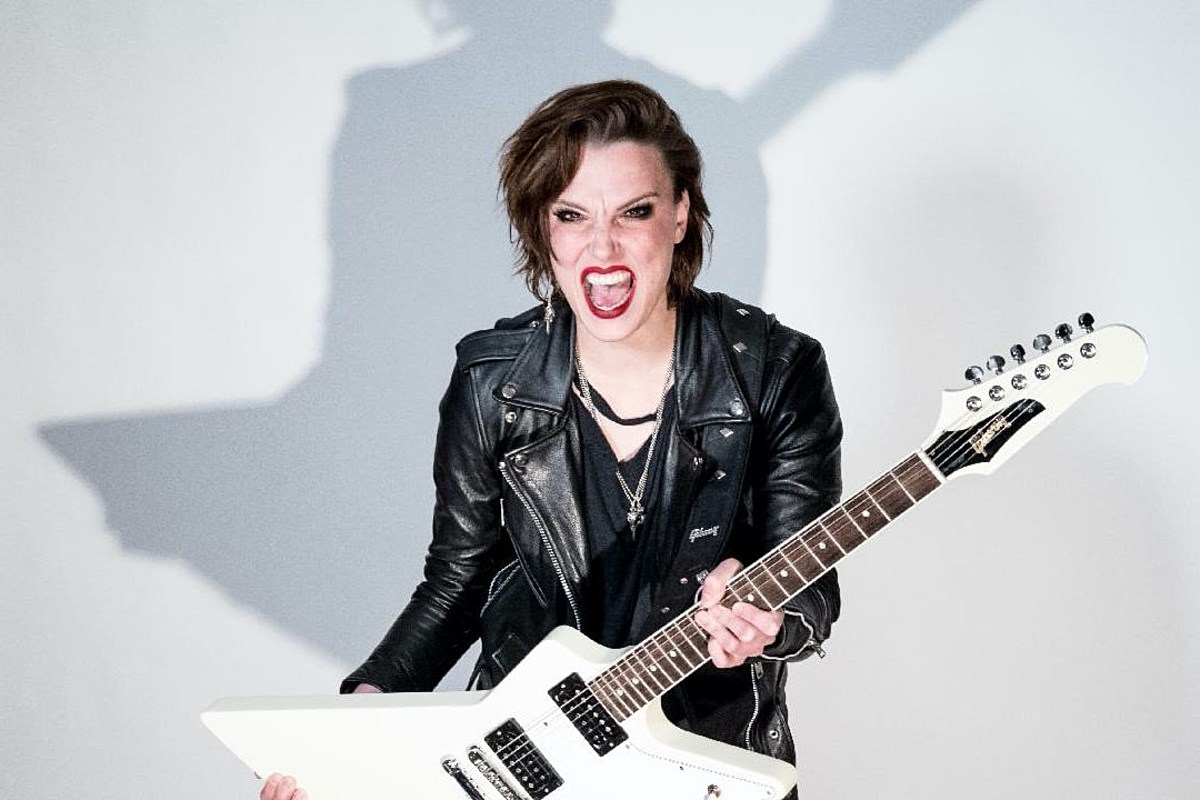 On Thursday (July 15), Halestorm singer-guitarist Lzzy Hale was named an official Brand Ambassador for Gibson Guitars and its associated family of brands, becoming the first woman to receive the title.

The appointment solidifies a partnership that’s proven to be quite fruitful, as Gibson already produces the Lzzy Hale Explorer guitar under both its primary brand and the Epiphone line of instruments. As a Gibson emissary, the musician will now spearhead an entirely new range of Lzzy Hale signature model acoustic and electric guitars across the Gibson, Epiphone and Kramer brands.

Gibson announced Hale’s new role during a press conference from the Gibson Garage in Nashville, Tenn., on Thursday. As part of being an ambassador, Hale will help give back to others with the Gibson Gives Artist Advisory Council, which encourages artists to engage in philanthropic opportunities and support initiatives to help musicians and bolster youth music education.

“I am beyond honored to be named a Gibson ambassador,” Hale said. “Ever since I was 16 years old, it was my dream to someday be a part of the Gibson circle. It’s an incredible feeling to know that this dream has become a reality.”

She continued, “Something magical ignites within me when I hold a Gibson guitar in my hands, the same guitars that my forefathers and foremothers of rock slung over their shoulders. With Gibson, I am the rock star I’m meant to be. It is a privilege to represent my genre, my gender and the incredible power of music that unites us all with my beautiful Gibson Family.”

Gibson Brands President Cesar Gueikian added, “Lzzy is an ambassador of music, not just Gibson. A powerhouse singer, badass guitarist and an influential force in music, Lzzy is a trailblazer in every sense of the word. From early on in her career, Lzzy had a clear vision of what she wanted to achieve and put in the hard work to get there without compromising. She has and continues to pave the way for other artists leading by example, breaking down barriers, and elevating Halestorm into a Grammy Award-winning band with a faithful fanbase worldwide.”

Halestorm will hit the road starting later this month for a string of U.S. dates through the latter half of the year. In March, Hale revealed that Halestorm’s next album, the follow-up to 2018’s Vicious, would be at least partially informed by events surrounding the pandemic.

Rock + Metal Artists With the Most Top 10 Charting Albums