Heartbroken family mourns young man, 22, who drowned while swimming at a popular beach 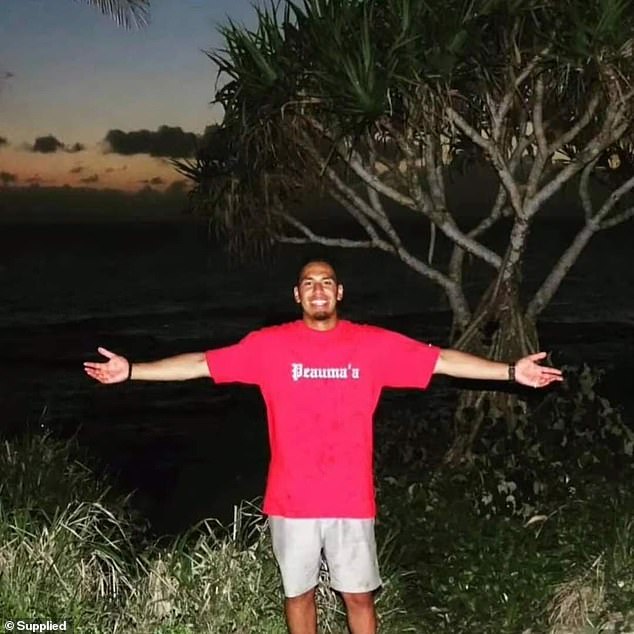 Heartbroken family mourns young man, 22, who drowned while swimming at a popular beach as the ‘life of the party’ – after his mother died when he was a kid

A heartbroken family are mourning the death of a 22-year-old who drowned while swimming at a popular beach.

Michael Joseph Finekifolau visited Mount Maunganui beach, south of Auckland, with two others about 10am on Saturday but failed to return to the shore.

The Auckland man’s body was found at 7am on Monday by a member of the public, 15km east of where he was last seen alive.

Mr Finekifolau’s death was a double tragedy for his family as his mother died of cancer when he was six years old.

Michael Joseph Finekifolau (pictured) visited Mount Maunganui beach, south of Auckland, with two others about 10am on Saturday but failed to return to the shore 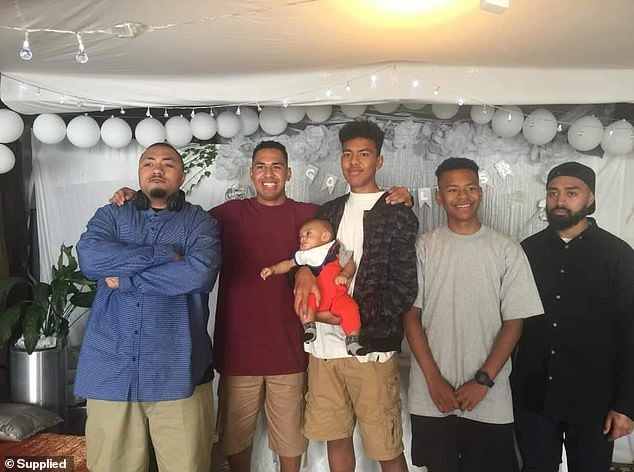 His heartbroken sister MeleTea Finekifolou said her brother was a selfless person who would do anything for his family. Pictured: Michael Finekifolau (second left) with family

Close family member MeleTea Finekifolou told Daily Mail Australia the young man would have done anything for his family.

‘He was known to us as Kolo and he was outgoing, loving, funny and selfless, was the kind of person who entertained us all at family functions, and we loved him all so dearly,’ MeleTea said.

‘With such a loss to our family, it will never be same without him as we mourn the loss of our little brother who will be forever missed and never forgotten.’

She said Mr Finekifolou was due to celebrate his 23rd birthday in December and was excited to start studying next year. 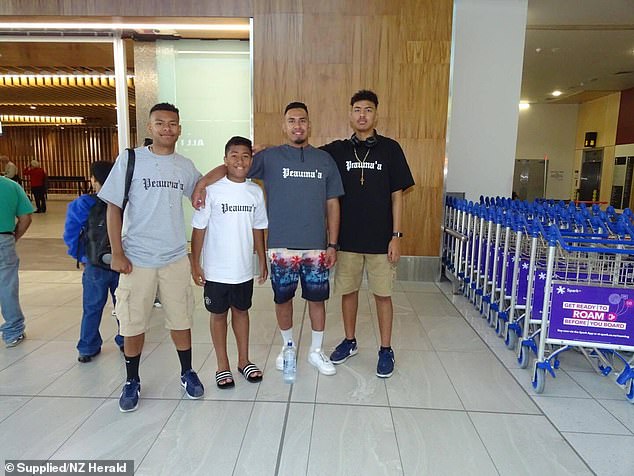 Devastated friends and family posted photos of the young man (second right, with family) on Facebook to pay tribute

His sister Eleseni Finekifolau told the New Zealand Herald that the family had been planning a trip to beach to spend quality time together.

The distraught woman said her brother had been ‘excited to climb the Mount’, but never made it.

She added that it meant a lot to the family that his body was recovered.

‘All we wanted was to take him back home, where we could farewell him properly and be with the rest of his family and friends,’ she said.

Devastated friends and family posted photos of the young man on Facebook to pay tribute. 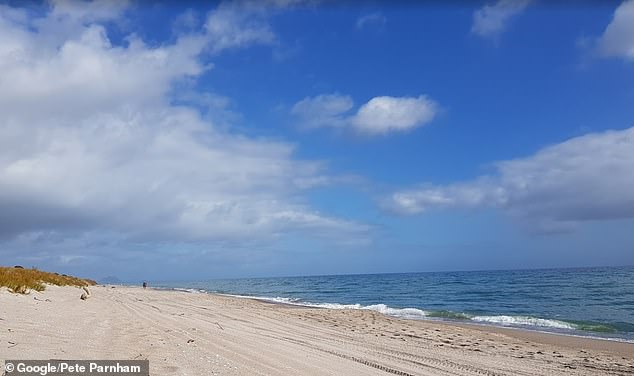 Search teams used inflatable rescue boats, jet skis and helicopters to scour the waves over the weekend. He was found 15km east, at Pāpāmoa (pictured) on Monday morning

A devastated family member wrote: ‘[Love] out to the Finekifolau family… Look over us all. (sic) Gnah miss your crack up times man. You’re in a better place now.’

One image showed Mr Finekifolau smiling and hugging younger relatives which prompted floods of replies from people showing their support.

‘Best wishes to you and the family,’ one person commented.

‘Sincere condolences sis to you and the family during this time,’ another wrote.

‘Condolences… Haven’t stop thinking about the fams since I heard,’ someone else said. 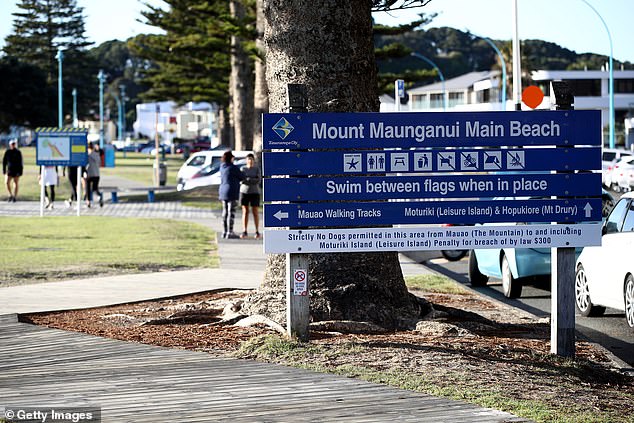 The Auckland man’s body was found 15km east of where he was last seen at 7am on Monday by a member of the public. Pictured: Mount Maunganui beach

Search teams used inflatable rescue boats, jet skis and helicopters to scour the waves over the weekend, battling huge swells of up to 1.5m and poor visibility.

‘Our thoughts are with his [family] at this time and Police continue to provide them with support,’ Auckland Police said.

‘Thank you to all the lifeguards and community for all of your hard work and support. Our thoughts are with the family during this difficult time,’ it wrote.

Mr Finekifolau’s death will be referred to the coroner.