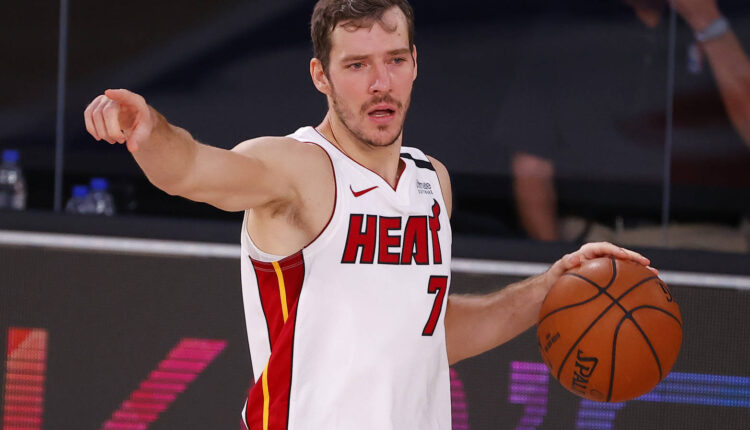 
Goran Dragic will be active for Game 6 of the NBA Finals tonight.

The Miami Heat has activated point guard Goran Dragic for the first time in the NBA Finals since suffering a plantar fasciitis injury in Game 1.

Throughout the playoffs, Dragic has averaged 19.9 points, 4.6 assists, and four rebounds per game. Without him on the court, the Heat are currently trailing 3-2 in the Finals.

“It’s not the easiest thing right now for me to sit down on the sideline and watch my team,” he said ahead of Game 4. “How they’re battling, how they’re playing well, and of course I want to be out there. But yeah, I don’t know. Most of the time I ask myself, I ask the guy above us why it has to happen right now. It’s tough. It’s tough. Try to look at this so everything is with a purpose so we’ll see.”

The team has not commented on the role Dragic will be able to play, Sunday night.

Dragic’s teammate, Bam Adebayo, was also injured during Game 1, but has since returned.

Heat star Jimmy Butler expressed his confidence entering Game 6, earlier today: “I mean I’m sure they wanted to win and thought they was going to win coming into it, as did we,” Butler said. “But it was a hard-fought game and I think it’s going to be even harder for us next game, but I like our chances.”