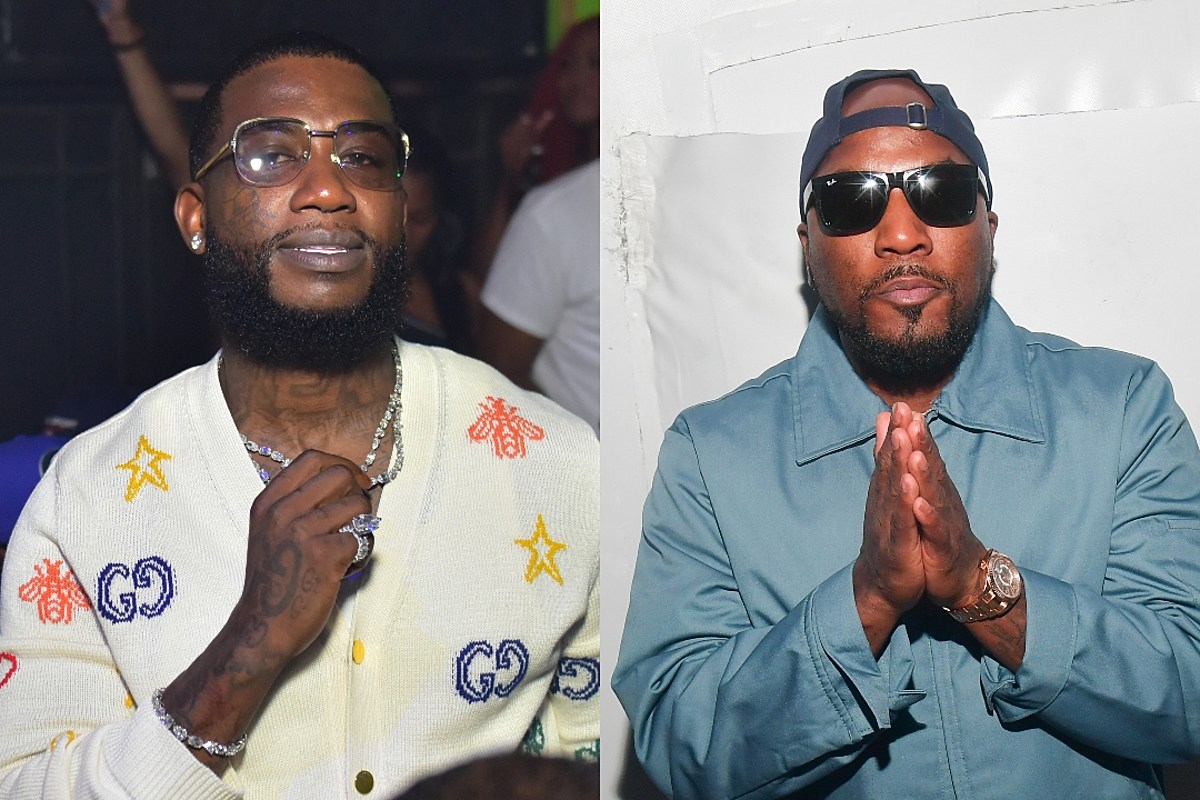 If you tuned in to last night (Nov. 19)’s Verzuz battle between Jeezy and Gucci Mane, you saw the meshing of two Georgia rivals. Many moments from the evening struck a chord with fans, who were worried about the battle coming to blows. WIth many social media users (1.8 million at one point) showing up amid this history-making moment in hip-hop, Twitter saw its most creative minds crafting memes that left viewers rolling on the floor laughing, but also shaking with anxiety.

Tension between Jeezy and Gucci started early, even with the former Georgia House of Representative Stacey Abrams ushering in the battle. Abrams opening up the combat between the two rappers seemingly offered hope that the battle would have a friendly start, but Gucci came out the gate swinging wildly with the 2005 diss track, “Round 1.”

If “The dope game hard/The rap game easy/This is round one of Gucci Mane vs Jeezy” wasn’t a clear indication of what that night was going to hold, Guwop’s comments about putting Pookie Loc “in the dirt” after playing his track “Truth” was. It even shifted the tone of the second half of the battle.

Pookie Loc, otherwise known as Henry Lee Clark III, was a close friend of Jeezy’s and was signed to his Corporate Thugz Entertainment (CTE) World record label. Pookie was killed in 2005. As the story goes, Gucci was a victim of a home invasion that Pookie Loc allegedly participated in. Gucci killed him in an act of self-defense and although he served time in jail, prosecutors later dropped the charges in 2006 due to insufficient evidence.

The “Lemonade” rhymer continued to take jabs at Jeezy’s dead friend after playing the diss record, which brought Jeezy out of his chair for a heated exchange behind this celebration of music’s true motives. For Jeezy, this was their moment to bury the hatchet and show younger rappers that killing each other is not the only option, but Big Guwop had other plans. Jeezy even named rappers like King Von, Nipsey Hussle, Mo3 and others who have been killed due to violence.

After the undeniably tense moment, fans went on social media to express that Gucci came to cause trouble.

The strain between the Snowman and Mr. Zone 6 didn’t end there. The pair commented about which rapper is worth more money and Gucci even suggested doing a “jewelry Verzuz.” Jeezy responded with the idea of a real estate Verzuz instead.

The night ended on a high note with Jeezy and Gucci Mane coming together to perform the same song that sprouted their conflict in the mid-2000s. The moments that led to the monumental “Icy” performance had fans tweeting about the emotional rollercoaster they’d rode on for over an hour. While Gucci and Jeezy didn’t hug it out before the night was over, both of them accepting the “olive branch” was the real victory of the night.

Last night was a win for the culture.

Check out the funniest memes from Gucci Mane and Jeezy’s Verzuz battle below.

First Impressions: The Challenge Vets Give Their Take On The Double Agents Rookies