‘He’s a yoghurt head!’ Liverpudlian girl, 3, gives her verdict on Boris and his lockdown measures

By Clare Mccarthy For Mailonline

Tallulah Richards was filmed by her uncle Ben Joyce, 24, calling the Prime Minister a ‘yoghurt head’ as she fumes over the tough restrictions.

The Liverpudlian youngster declared yesterday that she ‘hates’ Boris because ‘he’s going to put us in lockdown.’

Following the announcement of a new three-tier system yesterday, Liverpool and Merseyside are to be classed as high risk, meaning a host of new restrictions for the city starting tomorrow.

The sassy toddler is less than impressed and made her feelings known in a conversation with her uncle.

As the clip begins, Tallulah is seen sitting on the sofa talking to Ben.

She turns to the camera and says: ‘He’s going to put us in lockdown,’ while staring intently down the lens.

Tallulah Richards, aged three, from Liverpool was filmed by her uncle calling the Prime Minister a ‘yoghurt head’ over tough new restrictions

She shakes back her golden curls and begins to frown, saying: ‘And I hate Boris Johnson, he’s going to give us…’

She pauses and thinks for a moment, before adding: ‘A yoghurt head, he is a yoghurt head.’

Finished with her rant, she turns her attention to the cupcake in her hand as Ben can be heard collapsing with laughter. 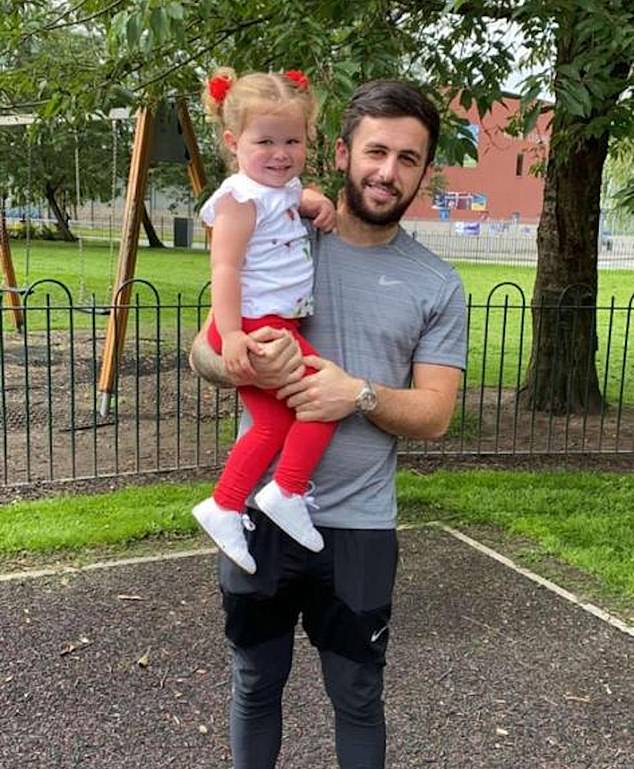 The sassy toddler declared yesterday in a hilarious video that she ‘hates’ Boris because ‘he’s going to put us in lockdown.’ Pictured: Tallulah with her uncle, Ben Joyce

A tickled Ben took to Twitter to share the cheeky video, tagging Boris Johnson and saying: ‘That’s what my niece thinks of you ya f***** yoghurt head’ with laughing emojis.

Tallulah’s hilarious outburst has delighted social media users and won her a host of new fans.

Eugene Tiernan wrote: ‘She’s said within 14 seconds what over half the country has been waiting 10 months for the opposition to say.’

Claire Lancaster added: ‘Absolute sass queen. Her hair is amazing. She will be a force to be reckoned with when she’s older!’ 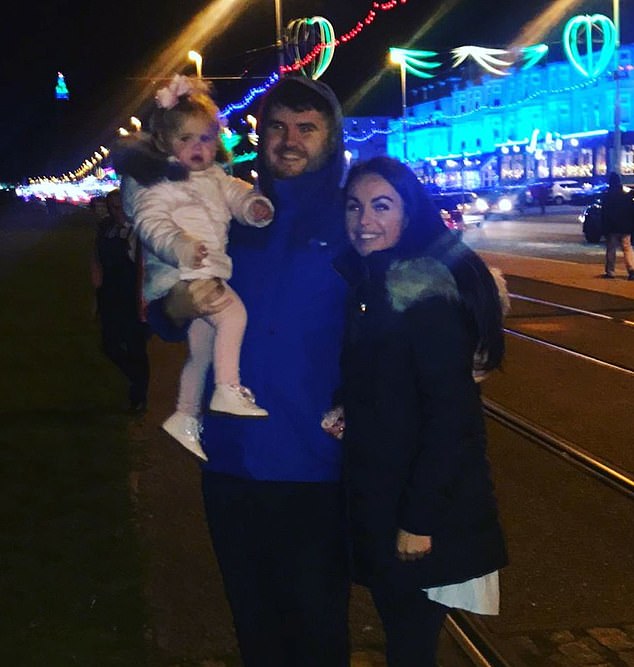 Tallulah’s dad David Richards, 29, said: ‘She’s bright, hilarious little girl…I think she’s picked up on it from the news and listening to adult’s conversations.’ Pictured: The toddler with dad David and mum Dionne

Another Twitter user said: ‘What a queen, this one for MP!’

‘I think she’s picked up on it from the news and listening to adults’ conversations.

‘She’s a bright, hilarious little girl who you wouldn’t think is only three.’