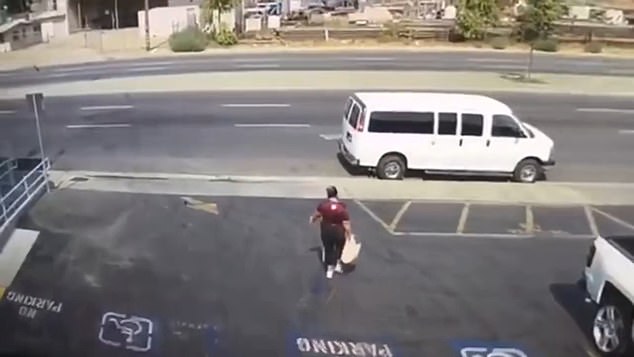 Disturbing video has been released showing an out-of-control BMW crashing into a woman outside a California grocery store, before the occupants of the damaged car grab their belongings and ran away from the crash scene.

The incident took place back on October 7 in Bakersfield, but one of the victim’s daughters shared surveillance video of the horrifying crash last week.

The victim, 42-year-old Elizabeth Sanchez Gomez, suffered a fractured leg and bruises. More than a month later, she is still recovering from her injuries and getting around with the aid of crutches.

On October 7, Elizabeth Sanchez Gomez, 42, was walking to her van in Bakersfield, California, when she was struck by a car 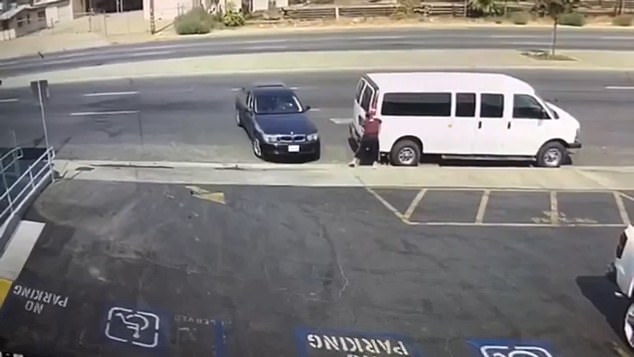 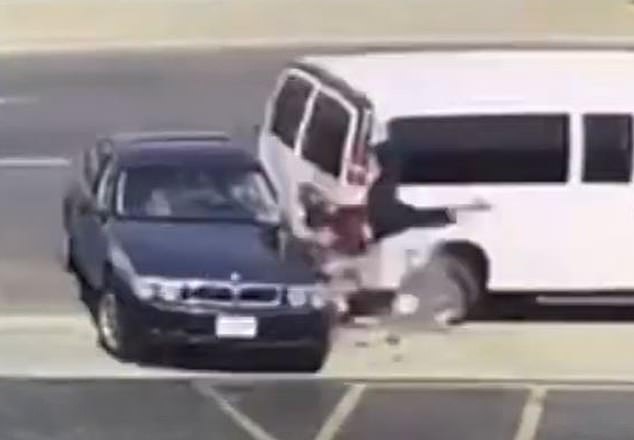 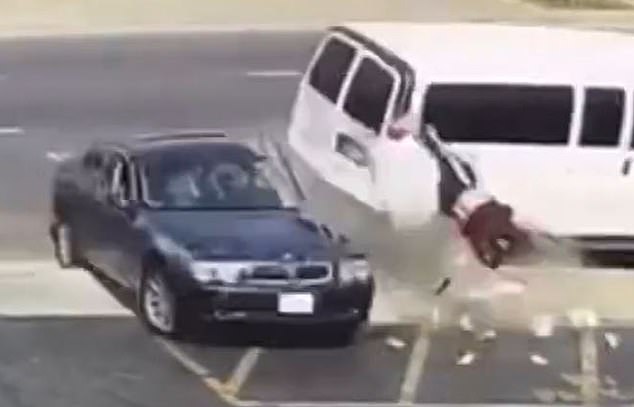 After flipping in the air, the woman lands on the ground with a fractured leg

Speaking to KGET on Monday, Gomez, wearing a brace on her injured left leg, said she feels lucky to be alive.

On October 7, Gomez was walking from La Villa Marketplace at California Avenue and South Brown Street to her parked van when a dark-colored BMW came out of nowhere and careened into her.

Video of the incident shows the moment Gomez is smashed against the back of her own vehicle by the BMW and then launched into the air, before she lands on the concrete sidewalk a couple of feet away. 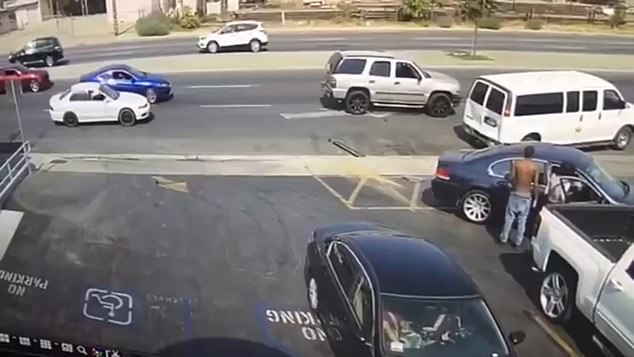 After the crash, a female driver and her two male passengers emerged from the car to survey the damage 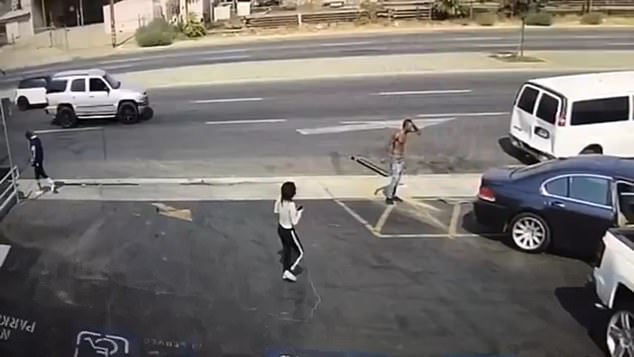 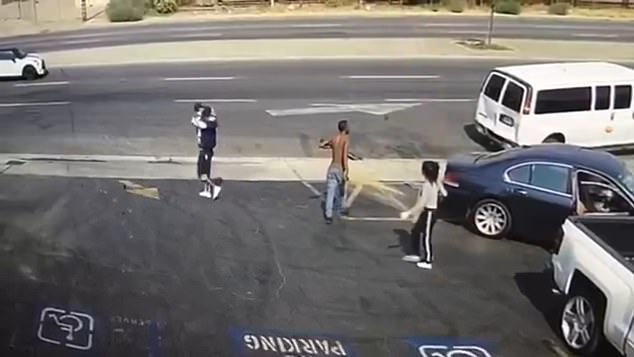 After grabbing their belongings from the car, the trio fled the scene on foot

Two male passengers and a female driver jump out of the mangled sedan and mill about for a few moments, before ducking back inside the BMW to grab their belongings.

At no point do the occupants of the car attempt to approach the victim laying injured on the ground to check on her condition or offer aid.

As Good Samaritans rush over to help, the trio from the BMW flee the scene on foot.

Gomez, a married mother-of-four who earns a living selling tamales and fruit in the area, said she was conscious and in a lot of pain after the crash. 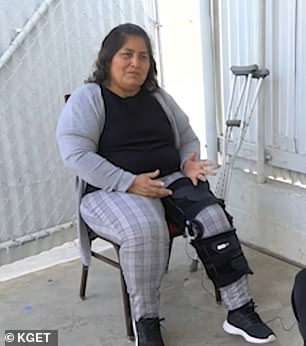 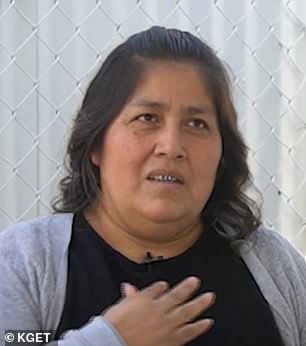 More than a month later, Gomez still relies on crutches to get around. The married mom-of-four said she feels lucky to be alive 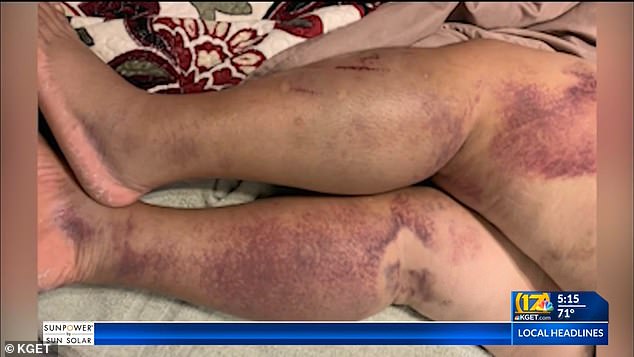 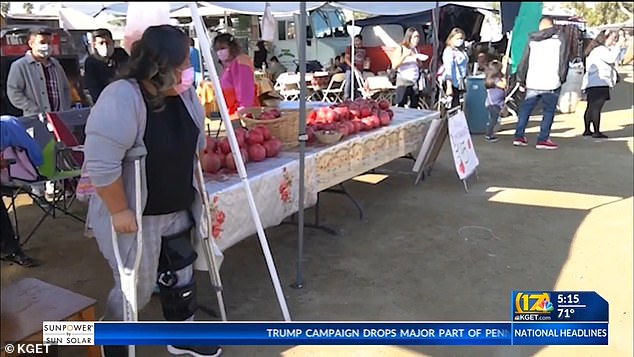 Several people came over to render aid and even brought a piece of cardboard to shield her from the sun while awaiting paramedics.

Madelen Ortega, one of Gomez’s daughters, said when she got the call about the accident, she initially thought her mother has died. She rushed over to the parking lot and was shown surveillance video from the nearby market.

‘When I saw it I wasn’t mad at what had happened,’ Ortega said. ‘I was just mad they left my mom there. They didn’t help her.’

More than a month after the hit-and-run collision, the Bakersfield Police Department still has not identified the three occupants of the vehicle.

Meanwhile, the victim’s daughter has launched a GoFundMe campaign to help the family with their living expenses, now that the mother is unable to work.