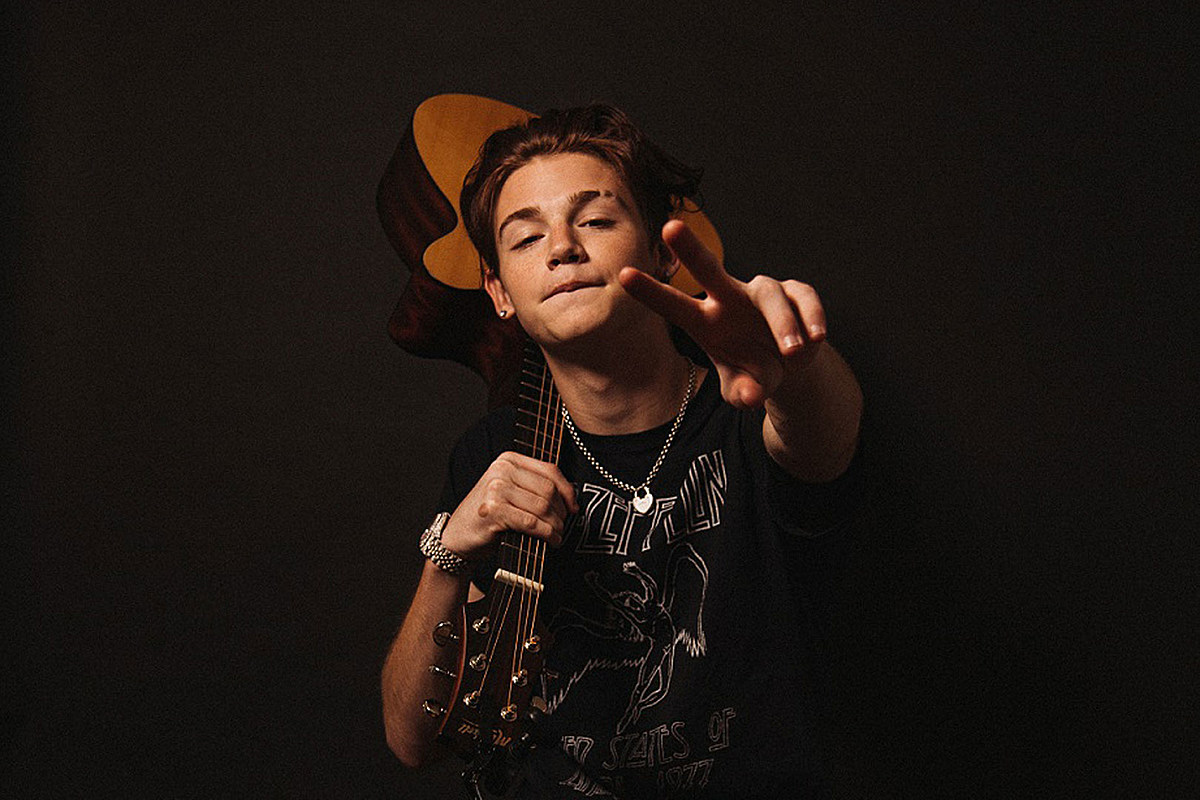 The rock world continues to grow and today we’re bringing you an up-and-coming new voice in Payton Moormeier. The young musician has built a following on various social media platforms and is now unleashing his new pop-punk leaning single “Don’t Go.”

Moormeier’s journey is a study in the consumption of a variety of musical styles that continue to shape his development as an artist. Moormeier started young, being turned onto Metallica at the age of 7, which led him to ask his mother to buy him a guitar.

Payton says, “The energy of Metallica’s music is definitely what drew me in. ‘Enter Sandman’ was my favorite because I learned that on guitar first, but then it slowly became ‘Fade to Black.’ Metallica was a band that was played all the time in my house when I was younger. I wanted to learn to play guitar because of how their songs made me feel and their music made me want to be more artistic. Creating music that makes you feel different emotions like their’s did for me is what makes me love being an artist and I hope I can make my fans feel the same way.”

From there, Moormeier taught himself to play by spending countless hours on YouTube. His musical repertoire began to expand beyond the heavier material that initially inspired him to take up guitar, adding Post Malone and blackbear as some of his evolving musical influences.

By the age of 12, Payton started posting covers on social media, building his following. His TikTok take on Halsey’s “Without Me” caught fire on the social media site in 2018. He’s since reached over 14 million followers on TikTok and has now turned his attention to crafting his solo debut album, consisting of original material.

Working on the new track, he says, “It was pretty simple for this one! Went into the studio with one of my producers and kinda knew the style of song I wanted to work on. We started building and it kind of came to life from there, it wasn’t really too hard or difficult.” Moormeier adds, “It definitely is the most pop punk out of anything I’ve done. I feel like it was definitely more of my vocal talent showing, hitting a lot harder notes and pushing myself with singing.”

As for the inspiration for “Don’t Go,” it came from a previous relationship. Moormeier says, “‘Don’t Go’ is basically about a toxic relationship and in the first verse you can hear that in lyrics like ‘You say you hate me / You can’t take it.’ It’s based on all the negatives in this relationship. As the song progresses it drops in the chorus really saying I kinda need this person in my life as much as they kinda fuck me up.”