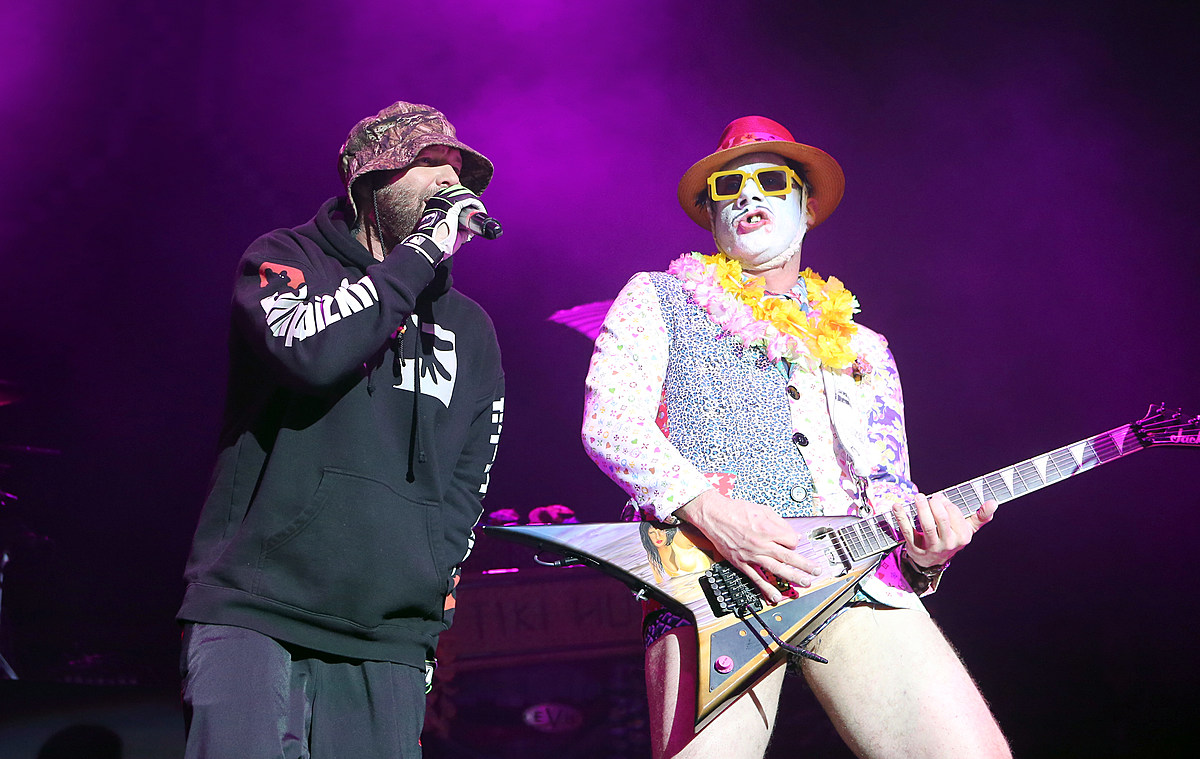 Limp Bizkit are gearing up to play some shows this summer. But before that happens, the band’s guitarist, Wes Borland, summarized how he and frontman Fred Durst have come to remain on good terms after what Borland called a “tumultuous” past relationship.

He did so on the June 21 episode of Drinks With Johnny, the alcohol and rock-infused podcast hosted by Avenged Sevenfold bassist Johnny Christ. The nearly two-hour interview with Borland covered a wide range of topics, including the guitarist’s many musical projects outside of Limp Bizkit. But when asked about Durst, the rocker made it clear that he and the vocalist have smoothed things out between them.

Watch the video down toward the bottom of this post.

“He and I get along great,” Borland responded. “We’ve had a tumultuous relationship over the years, but it just took some time for us to grow up as people. … It’s like being in a family, and families don’t always get along. But you’re stuck together, so you gotta work it out.”

The guitarist continued, “I’ve [recently] been talking to him — I haven’t seen him in a year just because of lockdown, and I’ve been so busy with my other projects and doing other things. But we’ve really been ramping up [our conversation] in like the last few days to a week; we’ve been increasingly talking more and talking about what we’re gonna do and everything that’s coming up.”

Elsewhere in the interview, Borland revealed just what’s up with Stampede of the Disco Elephants, Limp Bizkit’s long-promised sixth studio album that’s been in the works for about a decade.

“Probably in the last 10 years, [we] have been in the studio to try to complete a record, I wanna say, seven times,” the guitarist explained. “And we’ve been [continually] working on stuff … and Fred has been consistently kind of unsatisfied with where the vision is.”

Still, they have “probably have 35 songs recorded instrumentally,” Borland added. “And [Durst]’s done vocals on them [but] then thrown the vocals away. … I think he’s finally at the point now where he’s gonna pick a set of these songs that he’s finally cool with and finish them, and we’re gonna finish a record. … I doubt it will be called Stampede of the Disco Elephants at that point. … I will definitely say that the riffs and the music — it’s the best stuff I’ve ever done as a musician.”

Limp Bizkit hit the road with Spiritbox for a slew of U.S. dates in July and August. See all the tour dates here.