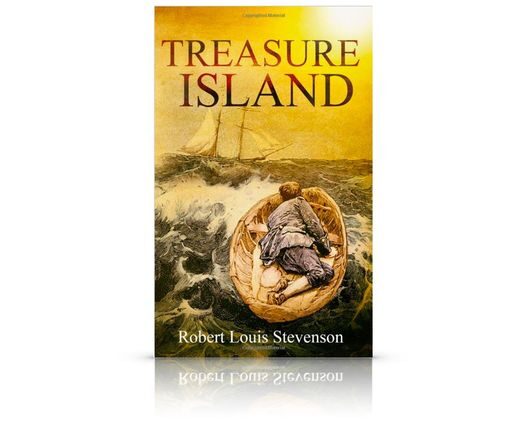 It’s fair to say that the Caribbean has a rich and vibrant culture. Defined by its music, literature, food, and history, this has been embraced around the world, from the islands where it was born to Western powerhouses like America and the United Kingdom.

One of the ways our unique heritage has been celebrated is through its depiction in mainstream media, from books and films to slot games and TV shows. We take a look at how Western society has brought the Caribbean to life away from these shores.

From Treasure Island to The Price of Freedom

Literature has always offered a window to other cultures. No matter where we’re from or where we’d like to be, turning the pages of a book can transport us, and the Caribbean has long been brought to life through this medium, as explored in this article from CelebrityCruises.co.uk.

This trend dates back to at least the Victorian era when Robert Louis Stevenson first published Treasure Island. A swashbuckling tale of action and adventure, it was the original incarnation of the ever-popular pirate trope and created the idea of the island as a tropical paradise. Even over a century later, this theme is still being examined, such as in the 2011 novel Pirates of the Caribbean: The Price of Freedom. Inspired by the Disney franchise of the same name, it shares the story of a young Jack Sparrow, with beautiful depictions of paradisiacal Caribbean landscapes.

The one issue with these books, according to critics, is that, while they showcase the beauty of the islands and the adventurous spirit of those who inhabit them, they do not paint the full picture, largely ignoring the abject poverty and hardship that has endured for so long.

Leading on neatly from above, the Caribbean has also been repeatedly depicted in film and TV. While the Pirates of the Caribbean franchise is the most obvious example, shows like Black Sails have also tried to recreate some of our history, with a greater focus on the darker themes inherent in it.

Indeed, while the show’s primary focus was on the pirates of New Providence Island, both real and fictional, it also provided a poignant insight into the real-life story of the Maroons, as examined in this article from DenofGeek.com. Escaped slaves who formed their own intricate communities, these individuals offer a fascinating glimpse into the history of the Caribbean and its people – one we’d like to see explored more often in Western mainstream media.

A taste of the tropics

Most commonly, depictions of the Caribbean focus on its temperate climes and role as a tropical paradise. This is exemplified by several slot games, including Caribbean Holidays, which promises players an enticing taste of what the islands have to offer.

Certainly, this sort of embodiment of the region is beneficial to our tourism industry, particularly given the popularity of slot games. Representing a global market with millions of players, these have become so widely enjoyed that a series of directory sites have sprung up around them, dedicated to sharing the best offers and bonuses. These include, for example, Bonus.net.nz, which features a series of options for New Zealand locals.

When it comes to depicting the Caribbean in mainstream media, Western culture has revisited the subject over and over. Showcasing various points throughout our history, from the tragedies of slavery to the swashbuckling derring-do of pirates and rebels, it tends to treat our culture with an increasingly sympathetic eye.

This may stem, in part, from movements which have helped to illustrate the difficulties people of Caribbean heritage face across the globe. However, by also portraying communities such as the Maroons, our people are sited not solely as victims of our tragic history, but heroes and warriors too.

To us, this duality, combined with positive depictions of the Caribbean’s beauty and bounty, can only be a force for good, generating interest in our history and helping to promote our pivotal tourism industry.