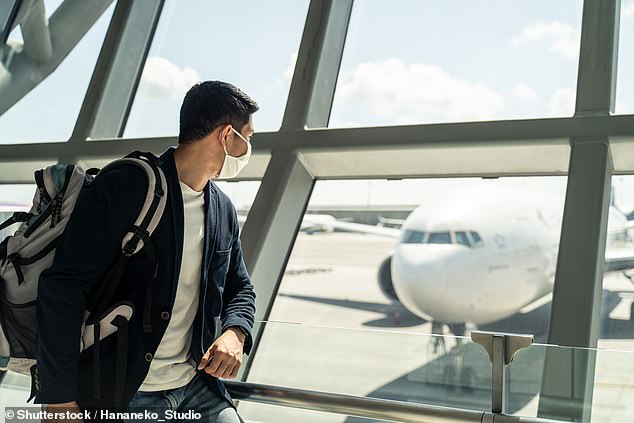 ‘The writing is on the wall for aviation’: IATA warns that airlines are unable to cut costs deep enough to save jobs, with 51million at risk and £1.4TRILLION in global economic activity threatened

The International Air Transport Association (IATA) has warned that ‘the handwriting is on the wall’ for the aviation industry, with over 50million jobs and £1.4trillion ($1.8trillion) of global economic activity at risk unless ‘governments act fast’.

The stark warning came from the organisation’s Director General and CEO, Alexandre de Juniac, who warned that firm action is needed to avoid an economic catastrophe.

He urged governments to rapidly ramp up systematic coronavirus testing to reopen borders.

He said: ‘The handwriting is on the wall. For each day that the crisis continues, the potential for job losses and economic devastation grows. Unless governments act fast, some 1.3million airline jobs are at risk.

‘And that would have a domino effect putting 3.5million additional jobs in the aviation sector in jeopardy along with a total of 46million people in the broader economy whose jobs are supported by aviation.

‘Moreover, the loss of aviation connectivity will have a dramatic impact on global GDP, threatening $1.8trillion (£1.4trillion) in economic activity. Governments must take firm action to avert this impending economic and labour catastrophe. They must step forward with additional financial relief measures. And they must use systematic Covid-19 testing to safely reopen borders without quarantine.’

According to the IATA, total industry revenues in 2021 are expected to be down 46 per cent compared to 2019.

Previous analysis was for 2021 revenues to be down around 29 per cent compared to 2019, but the IATA said this was based on expectations for a recovery in demand commencing in the fourth quarter of 2020.

It added that recovery has been delayed ‘owing to new Covid-19 outbreaks and government-mandated travel restrictions including border closings and quarantine measures’.

De Juniac added: ‘The fourth quarter of 2020 will be extremely difficult and there is little indication the first half of 2021 will be significantly better, so long as borders remain closed and/or arrival quarantines remain in place. 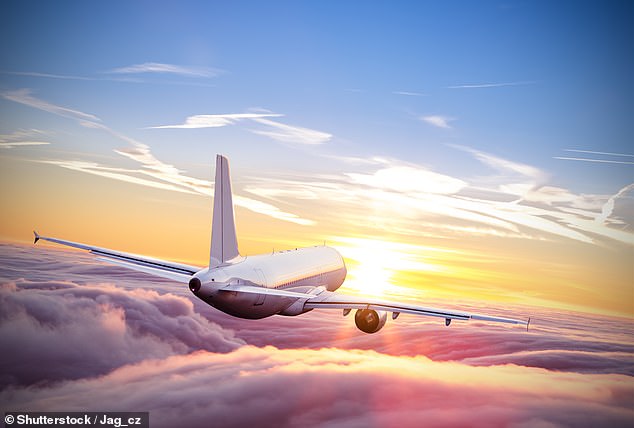 The IATA expects full-year 2020 traffic to be down 66 per cent compared to 2019, with December demand down 68 per cent

‘Without additional government financial relief, the median airline has just eight and a half months of cash remaining at current burn rates. And we can’t cut costs fast enough to catch up with shrunken revenues.’

The IATA pointed out that airlines have taken drastic steps to reduce costs but around 50 per cent of these costs are fixed or semi-fixed, at least in the short-term.

It explained: ‘The result is that costs have not fallen as fast as revenues.

Meanwhile, the IATA has highlighted several factors that are going to make life difficult for airlines in 2021.

There is little good news on the cost front in 2021. Even if we maximise our cost-cutting, we still won’t have a financially sustainable industry in 2021

These include the fact that thousands of mostly long-haul aircraft are parked due to ‘international demand being down nearly 90 per cent’ and that costs for leasing aircraft have not fallen fast enough – only by 10 per cent. Around 60 per cent of the world aircraft fleet is leased.

It also points out that despite fuel prices being 42 per cent down on 2019, ‘they are expected to rise next year as increased economic activity raises energy demand’.

Meanwhile, the IATA said that even if an unprecedented reduction in labour costs were to be achieved, ‘total costs will still be higher than revenues in 2021, and airlines will continue to burn through cash’.

De Juniac said: ‘There is little good news on the cost front in 2021. Even if we maximise our cost-cutting, we still won’t have a financially sustainable industry in 2021.’

A UK Department for Transport spokesman said: ‘We’re now working at pace to make international travel smoother and our global travel taskforce is exploring how a testing model can be implemented in the UK.’