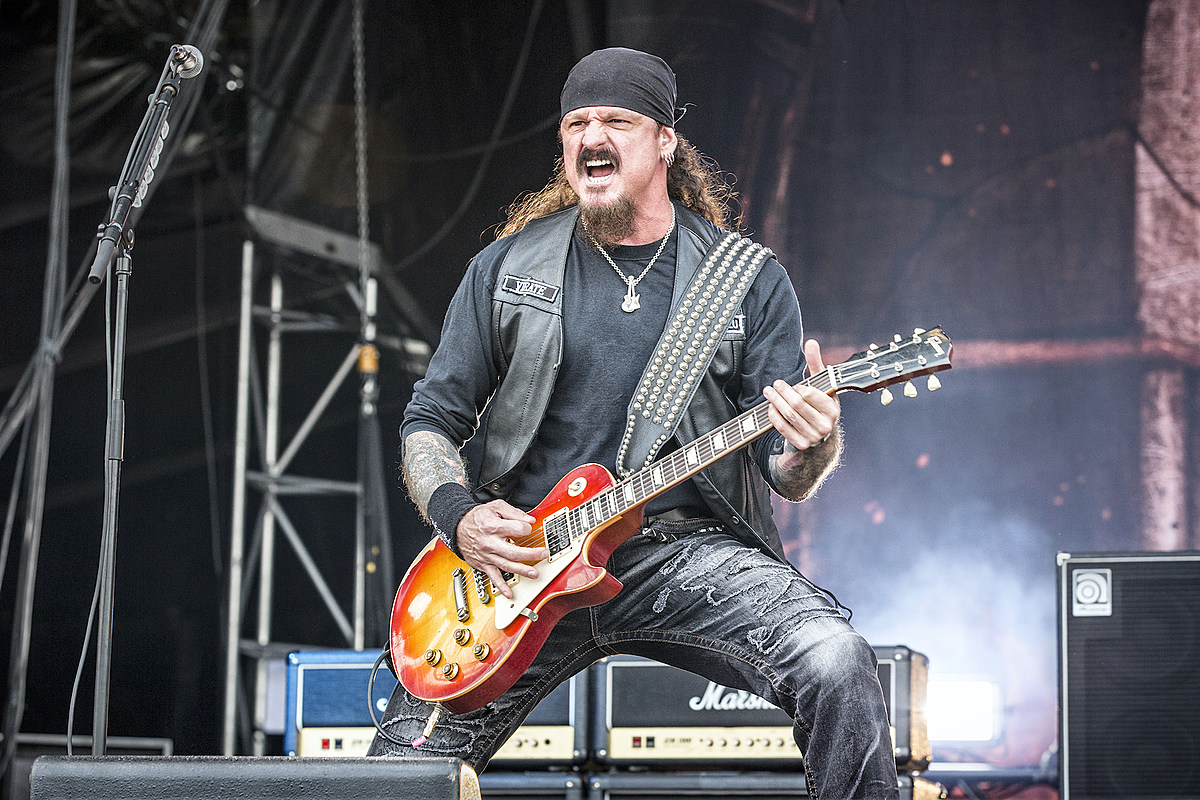 Century Media seems to have scrubbed all traces of the two bands, both of which include Schaffer as a founding member. Iced Earth and Demons & Wizards can not be found on the label’s current artists list, nor on Century Media’s roster of former artists. Merch from both acts is also no longer available via the Century Media webstore.

An official statement has yet to be released by the record label. We’ve reached out to Century Media for comment, but have yet to receive a response.

A widely circulated photo of Schaffer at the Capitol shows him wearing a blue hoodie, black fingerless gloves and a hat that reads “Oath Keepers Lifetime Member.” The Oath Keepers is a far-right anti-government militia organization that was formed in 2009.

The Southern Poverty Law Center, an organization that regularly identifies hate groups and other domestic threats to civility, said this of the Oath Keepers:

The Oath Keepers, which claims tens of thousands of present and former law enforcement officials and military veterans as members, is one of the largest radical anti-government groups in the U.S. today. While it claims only to be defending the Constitution, the entire organization is based on a set of baseless conspiracy theories about the federal government working to destroy the liberties of Americans.

Prior to the events of Jan. 6, Schaffer attended a Washington D.C. pro-Trump rally on Nov. 15, eight days after the Presidential race was called for Joe Biden. While there, he gave a video interview to German media outlet Die Welt, detailing why he was there and his thoughts on potential for violence at the rally.

The full transcription from the posted interview (via Blabbermouth) has been replicated in its entirety below.

My name is Jon Schaffer. I’m from Indiana.

People need to wake up and snap out of the matrix, because they’re going down. They’ve made the move. They’re messing with the wrong people here — trust me on that. And we needed it to be open like this — open fraud, open theft. Because now we see you, and you’re going down. Mark my words.

If somebody wants to bring violence, I think there’s a lot of us here that are ready for it. We don’t want that, but if they bring it, we’re gonna respond to that — trust me.
I think this goes beyond President Trump. President Trump is a populist. He’s not your typical Republican. He’s not establishment. He’s not going out starting wars all over the place, like they do. Which is funny — where are all the Democrats that were anti-war?
There’s so much hatred for Trump, it’s just ridiculous. He’s dealing with a criminal mafia that has been in the shadows running the world, frankly, for a very long time. They wanna destroy all of our sovereignty and bring about global government.
We’re not having it. We can still do business together, the countries can still be at peace, but we’re not gonna merge into some globalist, communist system. It will not happen. There will be a lot of blood shed, if it comes down to that — trust me.
The American people will not go for that bullshit — once they understand what’s actually happening. So, that’s where we’re at. Nobody wants this, but they’re pushing us to a point where we have no choice.

We will continue to update this story as more information becomes available.

FirstBank unveils FirstSME account, reiterates its dedication to the continued…