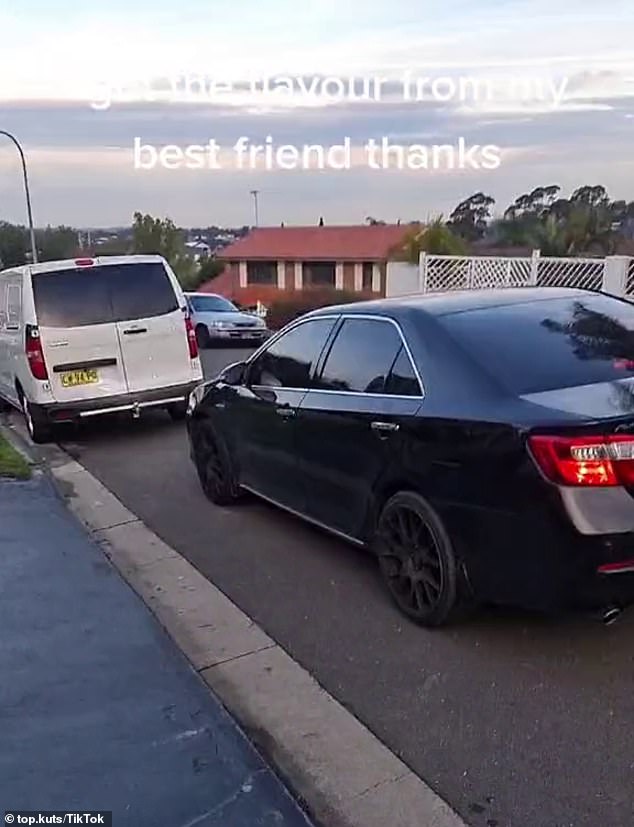 A man in Covid-hit south-west Sydney has revealed the inventive and hygienic way a kebab shop delivered his food in a TikTok video.

The video posted on the account of western Sydney barber Top Kuts shows a car rollling up to the driveway of a home before the man filming asks the driver to ‘Throw! Throw! Throw!’

A kebab in a wrapper then sails out of the driver-side window and lands on the man’s driveway.

He then sprays the delivery with a can of Glen 20 disinfectant, overlaid with the caption, ‘I got the flavour from my best friend, thanks.’

The car rolls up to the man’s driveway as he encourages the driver to ‘Throw! Throw! Throw!’ 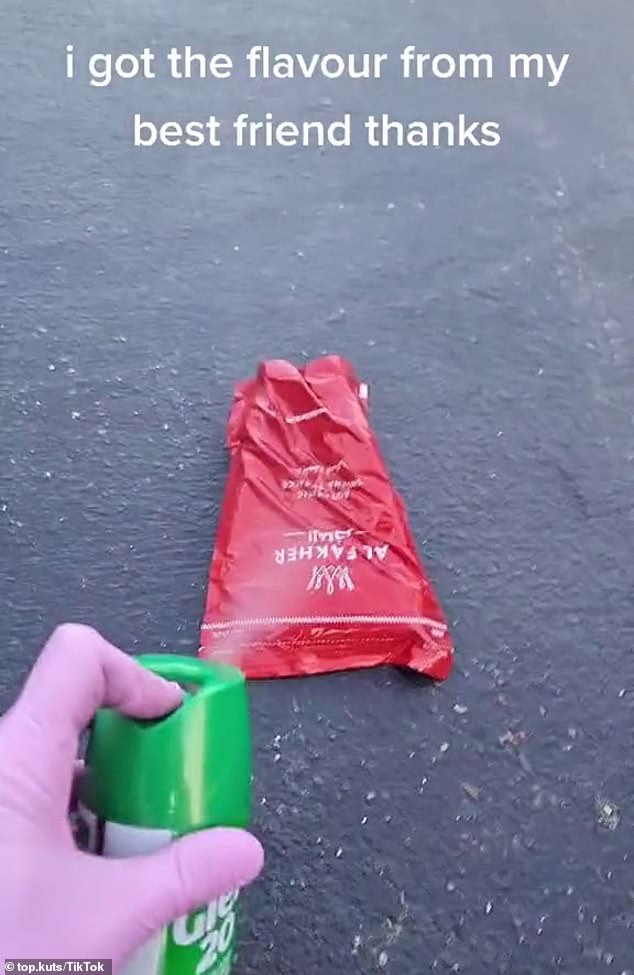 The video was posted as it was announced Greater Sydney’s lockdown would be extended for another two weeks.

People will have to remain at home unless they have a reasonable excuse to do so, including shopping, exercise, care of a vulnerable person or essential work.

The Restaurant and Catering Association recently estimated restaurant, cafe and catering businesses would lose up to $700million during Sydney’s lockdown to this Friday, before the extension was announced.

Covid support measures directed at small and medium businesses and announced by NSW Premier Gladys Berejiklian and Prime Minister Scott Morrison on Tuesday provide for payment of 40 per cent of a company’s weekly wage bill per week, up to a maximum of $10,000.

A business must show its revenue is 30 per cent lower than an equivalent two-week period in 2019 to qualify, and it must maintain its full time, part time and long term casual staffing level as of July 13.