Iron Maiden’s ‘The Writing on the Wall’ 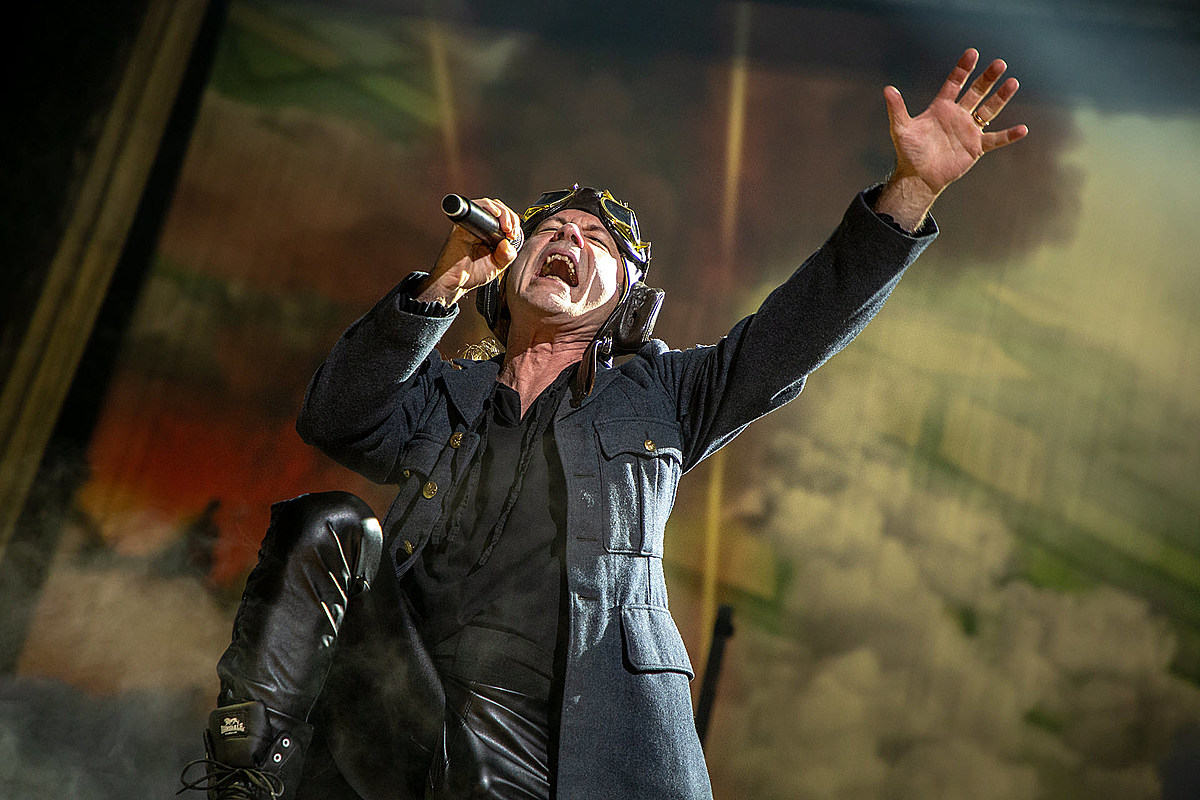 Today (July 15), Iron Maiden officially released “The Writing on the Wall,” their first new song since 2015, which came after an immense and cryptic teaser campaign that intensified in recent weeks. Below are the lyrics to the song as well as some history surrounding the title’s meaning.

It all began with promotional flyers touting ‘Belshazzar’s Feast,’ which is the story of the writing on the wall from chapter five in the Book of Daniel in the Bible. It is also the origin of the everyday phrase about seeing the writing on the wall, meaning a certain event is imminent and should be obvious to an observer.

In celebration of the destruction of the First Temple, Belshazzar, a Babylonian prince and son of King Nebuchadnezzar hosts an extravagant feast for a thousand of his lords. The festivities are disrupted when a hand appears and begins to write on a wall, which prompts Belshazzar to call upon his wise men to decipher the text. They are unable to do so, however.

Under the advice of the queen, Belshazzar then summons a captive, Daniel, a figure known for his wisdom, who offers a reminder that Nebuchadnezzar was humbled by god for his arrogance. He then informs Belshazzar, a known blasphemer, that the writing on the wall warns the prince that his life will soon be coming to an end and that his kingdom will be delivered to the Medes and Persians.

The song itself doesn’t directly reference the biblical story, but instead uses its lesson as Bruce Dickinson constructed his own narrative, which plays out dramatically in the band’s animated “The Writing on the Wall” music video.

Four cloaked riders traverse the desert in an effort to vanquish a political adversary (painted as an American President, as evidenced by the ‘Pres 1’ license plate and upside down American flags devoid of its 50 stars). Still, the message remains the same, that if an individual fails to recognize the inevitable, it will only end poorly for them.

Read the lyrics to the Iron Maiden song “The Writing on the Wall” directly below.

Iron Maiden, “The Writing on the Wall” Lyrics

Iron Maiden, “The Writing on the Wall” Music Video

Iron Maiden’s Eddie: A Look Back Through 40 Years of Metal’s Best Mascot