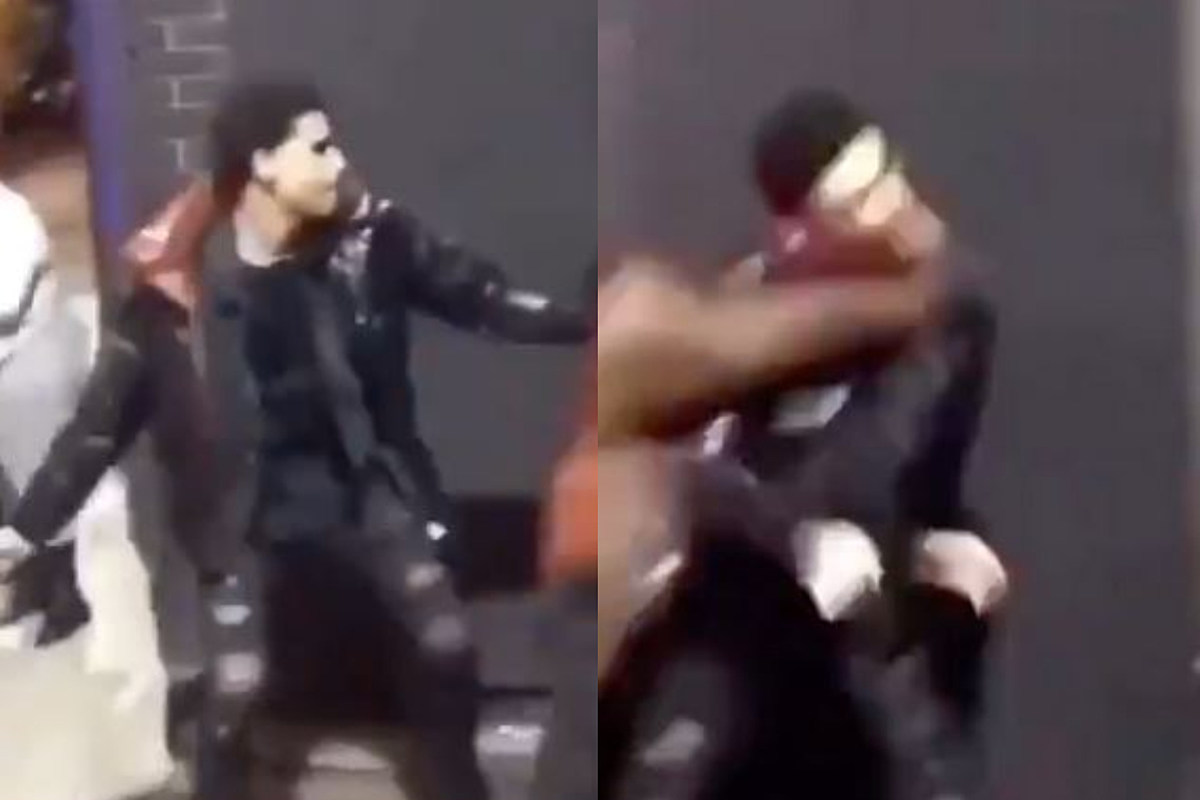 Jay Critch and crew recently got into a huge brawl outside a New Jersey club and most of the melee was captured on camera.

On Sunday (Nov. 1), the NYC rapper became a trending topic on Twitter after video started circulating of a fight he got into outside of BarCode in Elizabeth, N.J. In the clip, Critch, who is identified by onlookers, and crew run down on another group of individuals outside of the club and a fight breaks out. Fists star flying and someone catches Critch not looking and hits him with a haymaker.

The Rich Forever rapper is knocked to the ground and kicked a few times before he is able to stand up and stand his ground. “Ayo, they jumping Jay Critch, yo,” a spectator yells out over and over during the brawl. Eventually, security gets involved, as well as a police officer who appears to be waving a can of pepper spray, and order is restored.

According to reports, Critch and crew got into an altercation inside the club prior to the fight outside. In video of the aftermath of that incident, the Hood Favorite rhymer is seen in a heated conversation while surrounded by security. It is unclear what sparked the whole altercation. Critch has yet to directly address the incident on social media.

Moment man, 24, dressed as a ‘samurai’ and armed with a sword is arrested in Quebec City