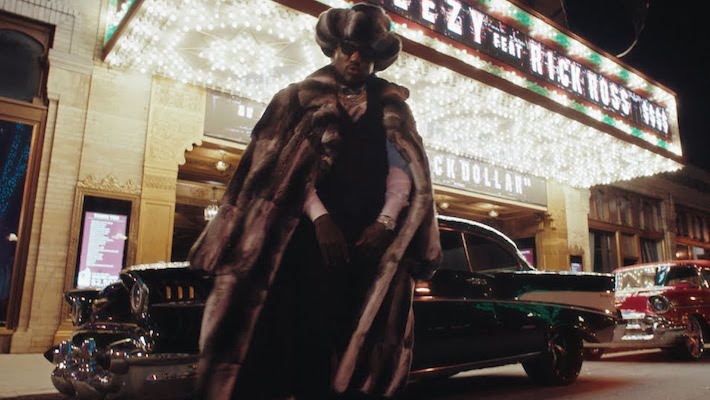 The last month has been quite the time for Jeezy, with the Atlanta rapper dueling against Gucci Mane in a Verzuz battle, sharing his tenth album The Recession 2, and announcing plans for a new talk show on FOX Soul. He also has a podcast in the works. If that weren’t enough, now he has a video for “Almighty Black Dollar.”

It begins with Jeezy and Rick Ross arriving at the venue of a boxing match, rocking expensive furs and flashy diamonds. The rappers take their seats ringside, with Jeezy boastfully rapping and sharing a toast with Rick Ross before letting him take over. Jeezy’s fiance Jeannie Mai also appears in the video.

Jeezy’s video comes after the rapper recently spoke about his reconciliation with Gucci Mane. “For me to hear him say on a stage, ‘You extended the olive branch,’ let me know where we’re headed,” he said. “I would’ve never thought in a million years I would’ve heard that type of verbiage out of his mouth.”

You can watch the “Almighty Black Dollar” video above.

The Recession 2 is out now via Def Jam. Get it here.

Korn Have ‘Exciting News’ After ‘Throwing Around’ Ideas

Ryanair ‘jab and go’ advert described by advertising watchdog as…