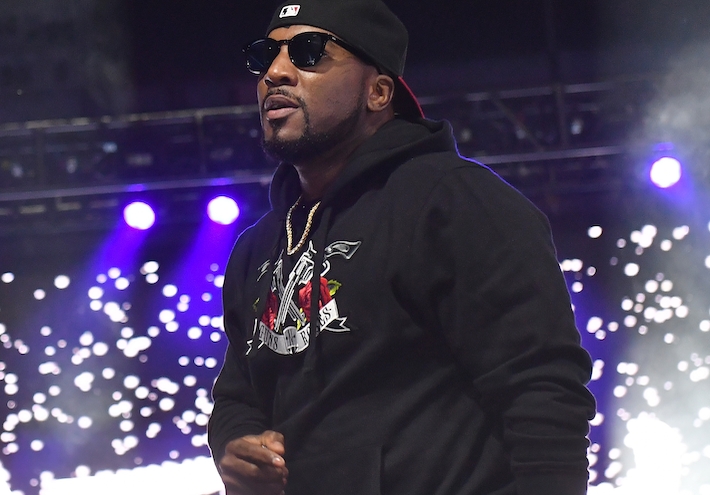 Jeezy and Gucci Mane made the internet roil on Thursday night when they faced off for a heated Verzuz battle. After years of bad blood and diss tracks, the two rappers and Atlanta cultural icons managed to achieve some semblance of peace by closing out the night performing their joint track, “So Icy.” Of course, that doesn’t mean all the tension is de-escalated forever, but a lot of the reason why things stayed calm during the face off was due to the demeanor of Jeezy.

In a lengthy interview with Boy Boy TV, he spoke to just that — citing one person who really helped him keep things composed that night. ” “I just felt like I wasn’t gonna lose my cool — I wasn’t going to let anyone, including myself, drag me back 20 years,” he said, commenting on Verzuz around 22 minutes. “I worked so hard to get in a place where things are good for me. I got multiple things going on, I employ a lot of people, and everybody depend on me. Matter of fact, I got a daughter that I love very much. I gotta make it back home to her.”

Continuing on: “I’m not putting myself in no position to prove no point to nobody that I’m real. I been real. … It’s solid, ain’t nothin’ ever going to change that. I don’t have anything to prove. The only thing that I gotta prove to myself is I wanna be better than I was yesterday. That would have been an L for me to walk out of there and be like, ‘Yo, I just really lost my composure out in the world because somebody was playing with me like we in the sixth grade.’”

His priorities have clearly shifted over the years, and it’s definitely for the better. Watch the whole interview above.