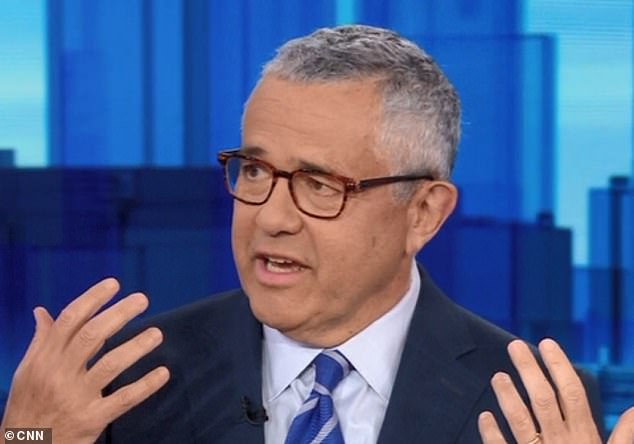 ‘Looks like he got off easy’: Fury at CNN for inviting Zoom-masturbation-perv Jeffrey Toobin BACK on air for a fawning interview to explain his ‘moronic’ behavior and allow him to COMPLAIN he has been ‘miserable’ and undergoing therapy

Toobin, 60, was fired from his longtime staff writing position at the New Yorker magazine last November after he exposed himself to colleagues during the video call a month earlier.

The lawyer, who is also a CNN analyst, was only suspended by the cable network at the time.

Toobin was welcomed back by CNN for the first time on Thursday for a fawning interview in which he issued to a groveling apology to his colleagues, said he was ‘incredibly grateful’ for being allowed back on air and spoke of how he is in therapy.

‘I’m sorry to the people who were on the Zoom call,’ he said in his first interview with CNN’s Alisyn Camerota.

‘It was wrong, it was stupid and I’m trying to become a better person.’

Toobin exposed himself to his New Yorker colleagues and masturbated during the Zoom call back in October while they were preparing for their election coverage.

He still maintains that he thought he had muted himself on the Zoom call and was no longer visible.

‘Obviously I wasn’t thinking very well, or very much, and it was something that was inexplicable to me. I wouldn’t say in my defense because nothing is in my defense but I didn’t think that I was on the call,’ he said.

‘This was deeply moronic and indefensible but that is part of the story.’

Toobin went on to say that he had spent his ‘miserable months’ off-air ‘trying to be a better person’.

He added that he had been in therapy and had spent time volunteering. 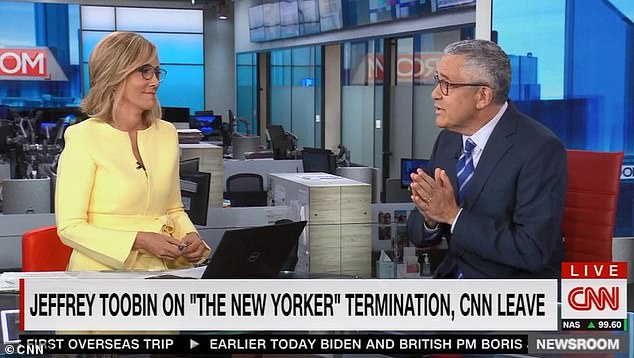 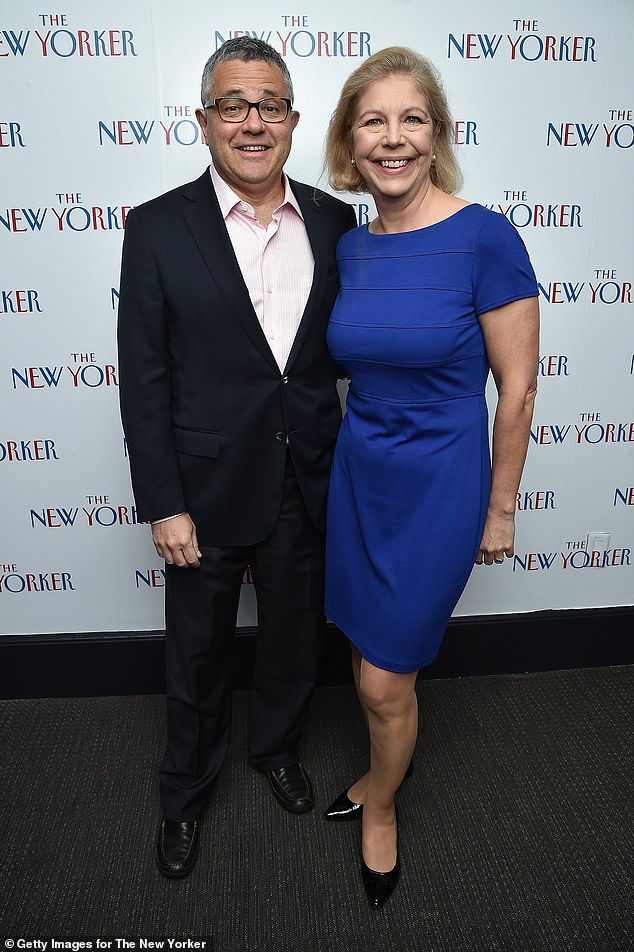 During his first appearance back on air, Toobin apologized to his wife Amy McIntosh and his three children

Welcoming him back on air, Camerota told Toobin during their exchange: ‘Many of us have really missed having your legal analysis to guide us on our programs, so let me be the first to welcome you back.’

Twitter immediately lit up following his return to the air with many slamming CNN for giving him the platform to explain his ‘moronic’ behavior.

‘Maybe the reason @CNN didn’t cover Hunter Biden using the N word was because they were all at @JeffreyToobin’s welcome back party on zoom,’ former White House press secretary Sean Spicer tweeted.

Toobin had been a staff writer at the New Yorker since 1993 before he was fired over the Zoom incident.

He has been a CNN contributor since 2002.

He famously covered the OJ Simpson trial for the New Yorker in the 1990s and later wrote a book about his coverage that became the basis of the The People v. O.J. Simpson: American Crime Story TV show in 2016.

Prior to joining the New Yorker, Toobin had worked as an Assistant United States Attorney in Brooklyn and is a Harvard graduate.

Canada’s largest house is an abandoned 65,000 sq ft mansion with a boat garage,…