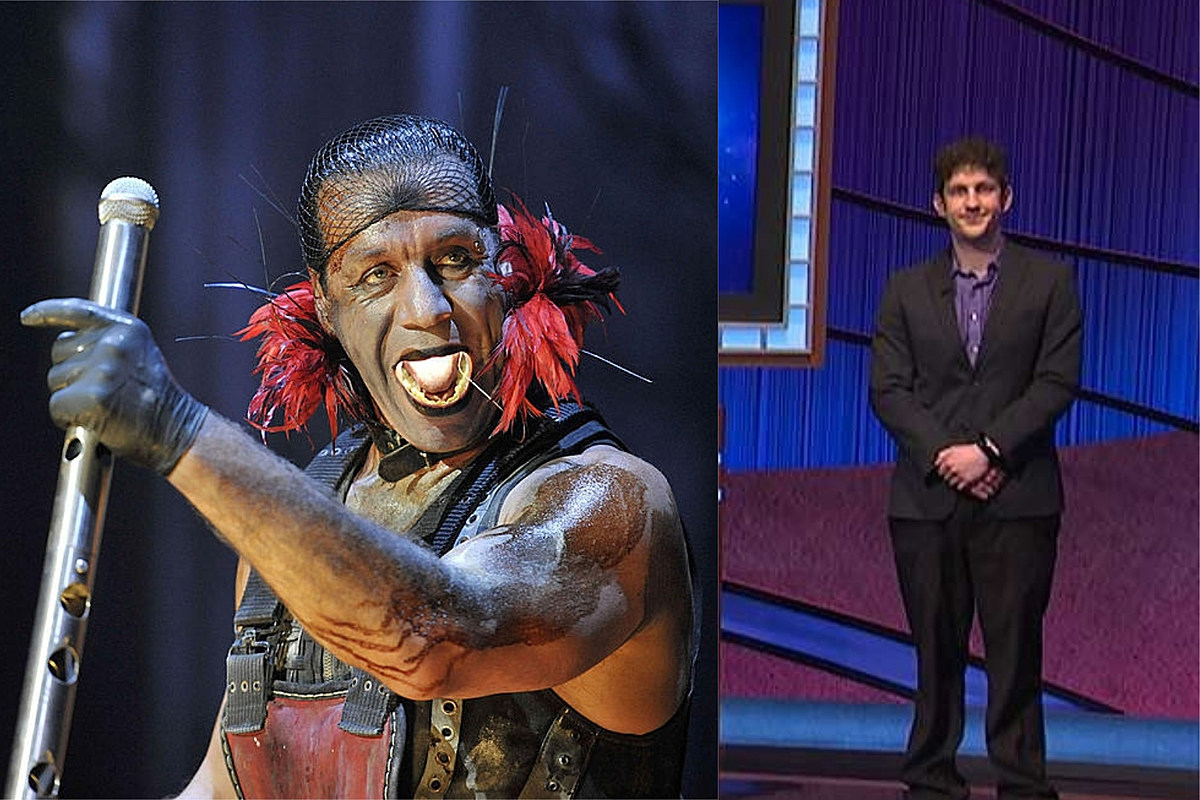 Rammstein and their singer, Till Lindemann, acted as a clue on Jeopardy! on Thursday (July 22), suggesting those behind the TV game show might be fans of the German metal act. The puzzle was answered correctly, although the pronunciation needed some work.

As viewers subsequently showed on Reddit, the clue was one among those in a music-focused category called “‘MM’ Pop.” The answers — which contestants on Jeopardy! have to provide in the form of a question — were all words or terms that double up on the letter “M.” Of course, the uniquely repeated consonant in Rammstein’s name made it a prime inclusion.

Watch a video of the moment and see a screenshot of the clue down toward the bottom of this post.

“Till Lindemann is the frontman of this metal band that doubles the ‘M’ of a U.S. Air Force base in Germany,” the clue read, indeed referring to Ramstein Air Base, a likely source of the band’s moniker.

It received the right response from current Jeopardy! champ Matt Amodio — he’s a Ph.D. student from New Haven, Ct., according to fansite The Jeopardy! Fan. He won out on Thursday against fellow contestants Pete Wisniewski and Rekha Rajkumar, even if guest host Robin Roberts (subbing in amid a succession of temporary replacements for the late Alex Trebek) had to help Amodio with how to properly say “Rammstein.”

Regardless, the makers of Jeopardy! undoubtedly had rock and metal on their brains that day — as reported by BrookylnVegan, the same episode also used bands Jimmy Eat World and Rites of Spring as clues.

Team USA fails to win ANY medals on Saturday to open Summer Olympics, the first time since 1972