Jeremy Kyle ‘may have caused the death’ of one of the guests on his TV show, a coroner has said.

Hampshire Coroner Jason Pegg said he had decided to make the presenter an ‘interested person’ under the coroner’s rules in the case of Steve Dymond.

The 63-year-old from Hampshire died in a suspected suicide in his bedroom surrounded by empty packets of pills.

His death came after he failed a lie detector test on the ITV show when insisting he had been faithful to fiancée Jane Callaghan.

Steven Dymond (left), 63, was said to have been left in tears and feeling suicidal after filming for Jeremy Kyle with his on-and-off girlfriend Jane Callaghan (right, with Mr Dymond)

Mr Pegg said ‘potentially an act or omission on behalf of Jeremy Kyle may have caused or contributed to the death of Steve Dymond.’

He added: ‘That is why today we have additional counsel, Mr Sheldon QC, on behalf of Mr Kyle’.

The coroner heard a doctor had assessed Mr Dymond as being ‘unfit’ to go on the show in the weeks before his appearance.

The digger driver was later given a note by the same medic which said he was allowed to be a guest, the coroner said.

Caoilfhionn Gallagher QC, representing Mr Dymond’s family, said he had spoken to his brother Lesley during an ‘intense period’ four times a day after the show.

Lesley Dymond said in a statement: ‘He had endured a terrible time. He sounded completely broken and frightened and he told me he could not go on living.’

Lesley also said he ‘was told by his brother that the audience had booed and the presenter had been in his face’.

Mr Dymond had reported trying to leave the stage after his lie detector results were revealed but being followed with cameras and microphones being put in his face.

The family lawyer said: ‘He was jeered and called a failure by the presenter, he was mostly very distressed and consumed by what had happened on the show.

‘He had been on the point of collapsing at the studio but he was still heckled. He was on his hands and knees as he thought he was going to pass out from fear and distress.’

The pre-inquest review hearing would also consider whether Mr Dymond’s death had been a breach of Article 2 of the European Convention of Human Rights.

At an hearing earlier this year Mr Dymond’s family demanded answers from the man who carried out the show’s controversial lie detector test.

Lawyers for the family told a hearing they believe polygraph operator Guy Heseltine should be called to give evidence at the inquest into the death.

Mr Heseltine is understood to have provided polygraph services to The Jeremy Kyle Show for the past twelve years.

They told a hearing ‘public confidence’ had been rocked by the scandal and questioned how staff on the ITV programme were taught to look after participants.

They also demanded they be able to view ‘raw footage’ filmed for the programme, citing fears the video they have seen has been ‘edited and polished’.

In a hearing in July at Portsmouth Coroners Court, Hampshire, lawyers for the family provided written submissions to the coroner.

Barrister Caoilfhionn Gallagher, on behalf of Mr Dymond’s family, said: ‘Mr Guy Heseltine conducted the polygraph test on Mr Dymond, the results of which were revealed on The Jeremy Kyle Show.

‘From the documents and information that have so far been disclosed to the family, it appears that Mr Heseltine may be subjected to criticism for his actions in the period prior to Mr Dymond’s death.

‘At this stage, we do not put it higher than this, but we suggest it would be prudent for HM Coroner to contact Mr Heseltine to ascertain whether, in light of his role and the potential for criticism, he wishes to be an interested party.’

Costing £400 a test and taking two hours each, the tests are complex and were said to be highly accurate.

Mrs Gallagher told the hearing the family also wish to learn more about the assessment of participants on the show, the safeguards in place and the aftercare.

She raised concerns over the footage the family had been given access to, saying: ‘The Family has concerns that the footage is polished and edited, and does not represent the totality of the footage that would have been recorded on all cameras on the day.’

Mr Dymond had been at The Jeremy Kyle Show studios trying to convince his partner Ms Callaghan, 48, he was faithful.

Dymond first split from fiancée Jane in February 2019, after she accused him of cheating on her. He then went on the show tn a bid to prove her wrong.

The episode in which he appeared was never aired. On May 13, The Jeremy Kyle Show was abruptly pulled off air after ITV bosses learned of Mr Dymond’s death.

Mr Dymond’s body was found surrounded by empty packets of morphine and sleeping pills in his £100-a-week room in Portsmouth, on May 9.

The July hearing was told the cause of his death could be confirmed as a morphine overdose. 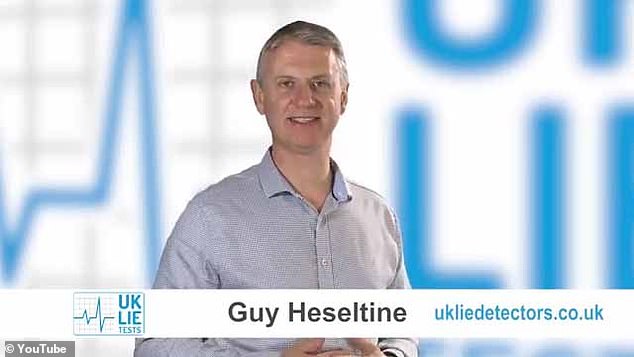 Mr Dymond’s family also raised concerns with the coroner that when his GP referred him to the Southern Health acute mental health team in the weeks before his death they had only deemed him to be ‘low risk’.

This was despite his GP Dr Amjad-Ur Rehman warning he had recurring suicidal thoughts.

A previous hearing was told the construction worker was ‘exceptionally vulnerable’ when he took part in the recording on May 2.

She claimed the family had seen ‘no evidence’ Mr Dymond was given any welfare checks by any qualified mental health staff.

Police have told the coroner the death was a suspected suicide.

After the incident, ITV bosses permanently cancelled The Jeremy Kyle Show, which ran 3,320 episodes over 16 seasons since it first aired in July 2005.

Media regulator Ofcom asked ITV for a report into the incident and the channel has since asked for more time to conduct an investigation.

ITV bosses appeared in front of a House of Commons committee in June last year as part of an inquiry into reality TV organised by the Department for Digital, Culture, Media and Sport.

Damian Collins MP said experts say the lie detector tests used on the show are only around 66 per cent accurate.

Committee on new salary scale for teachers inaugurated by FG