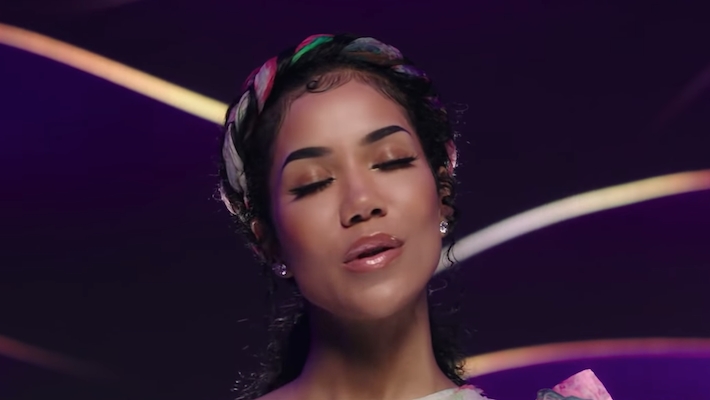 It solely took three albums, an EP, a mixtape, and a slew of singles of visitor options, however Jhene Aiko lastly obtained to dwell out her fantasy of being a Disney princess. It turned a actuality because of her new music video for “Lead The Way.” The single will seem on the soundtrack for the upcoming Disney movie, Raya And The Last Dragon and within the new visible, Jhene heads to the magical kingdom of Kumandra to ship the soothing video for the track that focuses on bringing a neighborhood collectively to battle the hardest battles and are available out on prime.

The singer spoke concerning the track and her Disney princess dream throughout a current interview on Apple Music. “The number one thing was, I heard ‘dragon,’ and I love dragons,” she defined. “I have a big dragon tattoo on my back. I was born in ’88, which is the year of the dragon. And I just think it’s a beautiful, mystical creature that is just so many things, symbolizes so many things for me, personally. I’ve always had this little fantasy of being a Disney princess, voicing one, or like being the character. And so this was the closest that I’ve gotten, so I was pretty excited.”

The video arrives just a bit over every week from the Grammy awards the place Jhene acquired three nominations together with Album of the Year and Best Progressive R&B Album for Chilombo.

You can watch the video for “Lead The Way” above.