Joe Biden will receive a security briefing today, but not from official sources 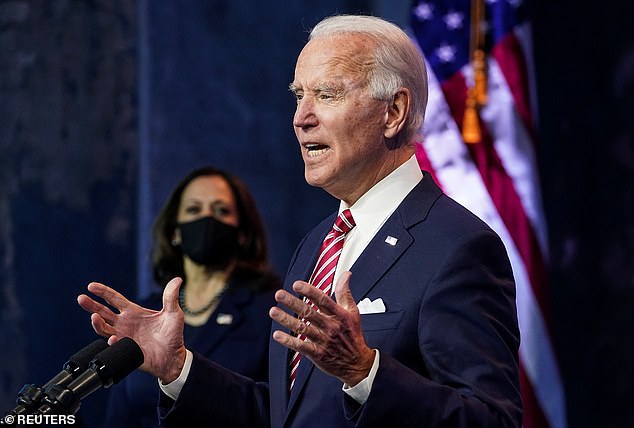 By Chris Pleasance for MailOnline

Joe Biden and Kamala Harris will be briefed by security officials today in preparation for their time in the White House – but have still not been granted access to Trump’s official briefings.

Instead, they will be briefed by experts from the Obama administration and those who left during Trump’s term and want to cooperate, Bloomberg reported.

The pair cannot be briefed by intelligence officials or get access to Trump’s daily brief until the General Services Administration signs off on the transition process.

Officials at the GSA say the sign-off cannot go ahead while Trump is still contesting the election, and before the states have certified their results.

It comes after Republican senator James Lankford, of Oklahoma, vowed last week to ‘step in’ and ensure Biden was being briefed, at the latest by Friday.

Lankford revealed that he did speak with the GSA on Friday to insist that Biden should get the intelligence briefs he was given as a candidate, though stopped short of insisting he should get official briefings.

He told CNN he is ‘concerned’ about the shortened period for Biden’s team to get up to speed with national security issues, adding: ‘I’d really not like to have an intel gap.’ 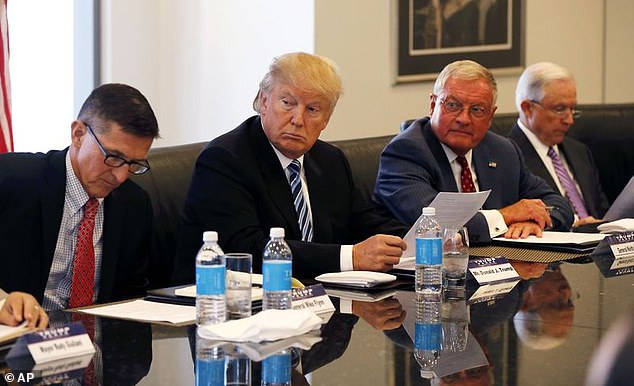 Donald Trump (pictured during his first security briefing in 2016) has refused to concede defeat to Joe Biden, denying him access to the official briefings

The outgoing president has refused so far to bend to pressure from Democrats or Republicans as he continues to dispute his loss.

Trump has launched a series of lawsuits in key swing states that tipped Biden over the 270 electoral college seats needed for victory, none of which look likely to overturn the result.

Biden also won the popular vote over Trump, with his lead growing to 5.5million votes nationally as recounts got underway.

The incoming Democrat has also urged Trump to coordinate with his team on coronavirus vaccines, after two US drug-makers announced two jabs that are more than 90 per cent effective.

The vaccines, produced by Pfizer and Moderna, could be ready for use before the end of the year, but will need to be distributed en masse in a huge operation.

Biden called the vaccine distribution a ‘huge, huge undertaking,’ and said that if his team has to wait until he takes office to dig into the government’s distribution plan, they will be ‘behind, over a month, month and a half’.

Art: Painting of the Last Supper in a parish church in Herefordshire ‘could…