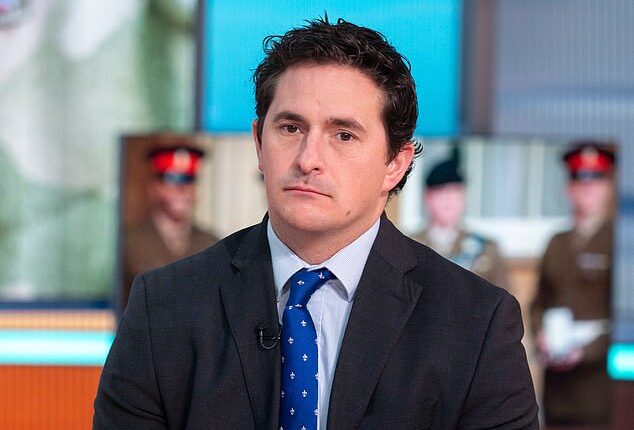 By William Cole For Mailonline

Tory MP Johnny Mercer has been criticised for using the C-word in a foul-mouthed exchange about Covid-19 masks.

The Veterans Minister hit back at writer James Delingpole after he criticised commuters on his train for wearing face-coverings.

But others – including comedian Dom Joly – praised Mr Mercer for blasting the journalist, 65, despite his colourful language. 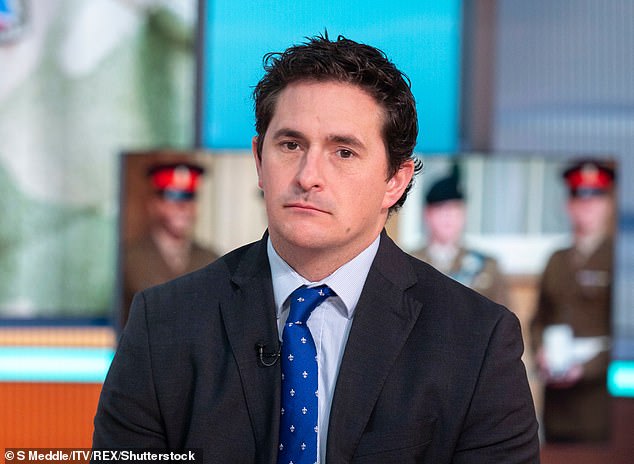 Mr Delingpole – who is opposed to mandatory wearing of masks during the pandemic – tweeted: ‘Everyone on the train in a mask. Everyone.

‘How did we win Waterloo?’

Paul Stonehous replied: ‘You have let your party and yourself down by resorting to this type of language.’

Another added: ‘You don’t have to use the word to be one.’

But Mr Mercer was backed by Dom Joly who said: ‘Bravo.’

James Delingpole is known for his controversial views on several topics, including climate change denial and campaigning against wind farms.

He is currently the executive editor of alt-right news site Breitbart London, a UK-focused version of Breitbart News in the US, which has been involved in several conspiracy theories and became a rallying spot for Donald Trump supporters in 2016.

Describing coronavirus as an ‘alleged crisis’ in a recent interview, Delingpole said: ‘The British people are more scared of coronavirus than any other nation on Earth.’

He added that ‘no sane or informed person’ would wear a mask in a supermarket, and would ‘totally’ encourage his children to break laws relating to the pandemic because ‘I don’t want my children growing up to be the compliant gimps of a fascist state’. 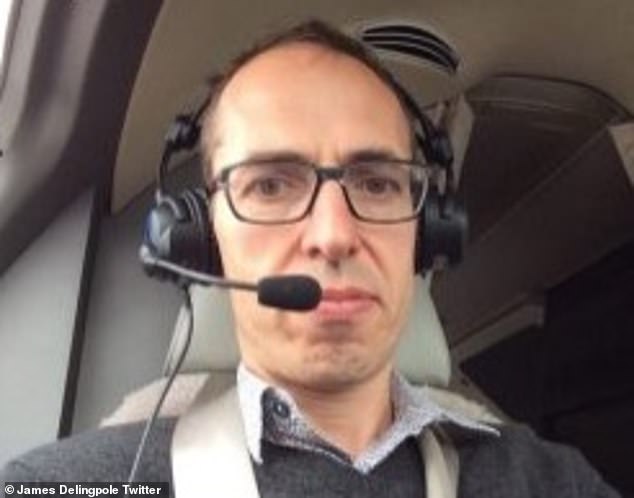 Delingpole is known for his controversial views on several topics, including climate change denial and campaigning against wind farms

Others reacting to the twitter exchange mocked Mr Delingpole for his lack of history knowledge.

Ian Harris said: ‘My history of the battle of Waterloo is rusty, but I’m fairly sure it wasn’t an airborne contagious virus.

‘However, they did wear armour to protect themselves from artillery.’

Chris Parker said: ‘Mostly by the Prussians turning up in the nick of time, from memory.

‘A cavalry charge isn’t going to do much against Covid-19, sadly.

‘Always has been. So, the napoleonic wars you mention.

‘Gave them an edge due to more fit men. Disease prevention helped win the wars concluded at Waterloo.’

Both Johnny Mercer and James Delingpole have been contacted for comment.