Just weeks after lockdown Victoria is more open than NSW. How Gladys may be ‘risking Christmas’ 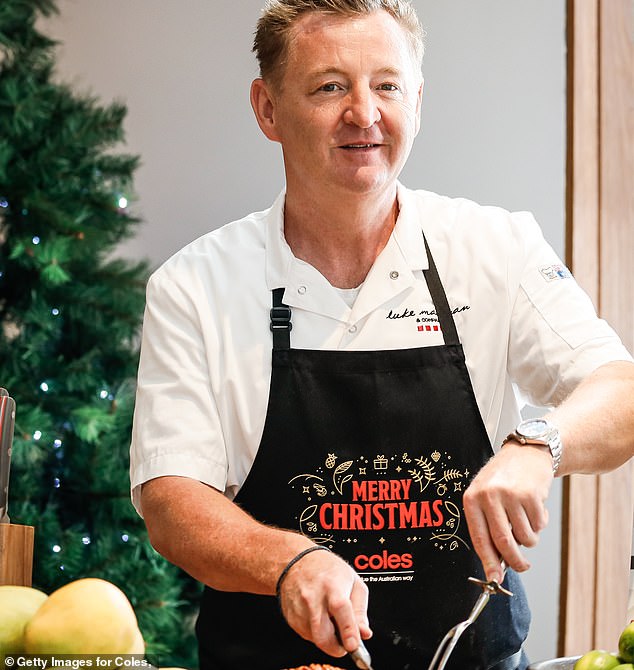 Just weeks after they came out of lockdown, Victoria has more relaxed restrictions than NSW. Now Gladys Berejikilian is being warned she’s putting businesses – and a happy Christmas – at risk

New South Wales now has stricter covid restrictions than Victoria and business groups have put the NSW Premier on notice that they want more freedom now.

Victoria is now open for business with a raft of new relaxations that went further than Premier Daniel Andrews had foreshadowed in the big easing on Sunday night.

NSW still has the four-square-metre rule in play for restaurants and pubs with no timeline on when that will change.

However, small venues in Victoria will have the distance relaxed to two-square metres indoors with a cap of 50 people in total. 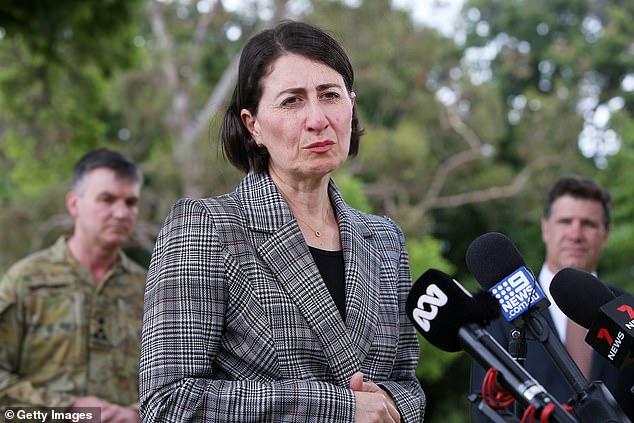 The hospitality industry is now lobbying for New South Wales to ease the four-square-meter rule in time for the Christmas rush.

Chef Luke Mangan who owns restaurants in Sydney and on P&O cruise ships said doubling capacity under the two-square-meter rule could see smaller venues take in an extra $10,000 a week.

‘It’s time to give a boost to the heartbeat of our city: the restaurants, cafes, wine bars and pubs,’ he wrote in the Daily Telegraph newspaper on Monday.

‘Premier, let’s not ruin what you’ve done for this state so far by holding us back where other states are opening up,’ he wrote.

Venues operating under the two-square-meter rule in Victoria must use a QR code sign-in system – which is also mandatory for hospitality venues in NSW from Monday.

Victoria’s large pubs and restaurants still need to maintain the four-square-metre rule when hosting up to 200 people outside and 100 people indoors.

The Daily Telegraph reported that the NSW Government is close to relaxing the four-square-meter rule with senior ministers pushing for it at this week’s coronavirus cabinet meeting on Wednesday.

Relaxing the rule would make an enormous difference to struggling small bars and restaurants in Sydney, bar owners say.

Function centre operators have drawn attention to an inconsistency in the rules applying to corporate events that come into effect on Monday in NSW. 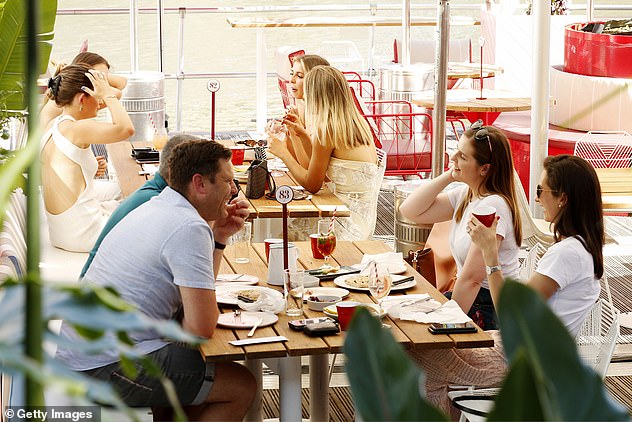 Pictured: Diners on the Yarra River in Melbourne, November 19. NSW Restaurants, pubs and clubs want a two-square-metre rule like Victoria 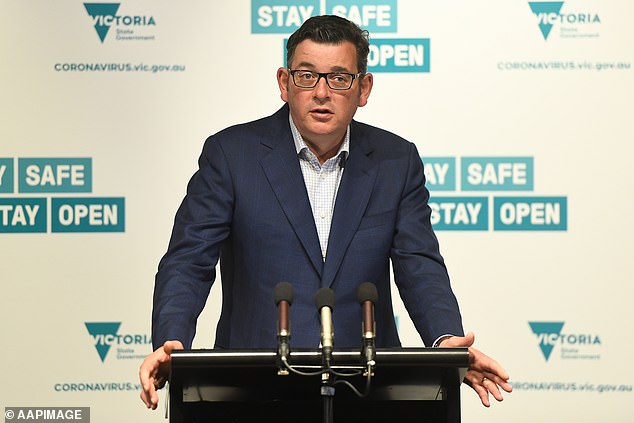 Corporate events indoors are capped at 300 people while ‘controlled outdoor events’ can host up to 3000.

Function centre The Venue Alexandria has capacity for 800 people under the four-square-meter rule but can’t use it because of the 300 person cap.

‘The restrictions really are just not allowing us to open our doors,’ said director Hilton Cohn.

New South Wales reported no new local cases in the 24 hours to 8pm on Saturday, but 11 were found in travellers in hotel quarantine.

The stunning turnaround comes after Victorians suffered more than 85 straight days of the toughest lockdown in Australia to crush the out-of-control virus, with restrictions finally easing at 11.59pm on October 27.

NSW Premier Gladys Berejiklian said states shouldn’t move so quickly to shut down their economies when they only have a couple of cases.

‘I want people to feel confident that NSW has a strategy (and) that we’re moving forward. We have a COVID recovery plan, which is pretty obvious,’ she said.

New South Wales premier Gladys Berejiklian has promised the state border with Victoria will reopen at 12.01am on November 23.

Victoria is expected to ease more restrictions from 11.59pm on November 22.

Below is a list of some of the things Victorians can expect:

1) Restaurants, pubs and cafes will be able to host 100 people indoors, with one person per four square metres.

The cap on outdoor dining will also be raised to 200 patrons, with one personal allowed every two square metres.

2) Gyms and fitness facilities will be allowed to host 100 people indoors.

Up to 20 people will also be allowed in a class.

3) Indoor skate parks and recreational play centres will allow up to 50 people.

4) Sport stadiums will be reopened and allowed to seat 25 per cent of capacity.

7) Cinemas, theatres, libraries will be allowed to host 100 people.

8)  Nursing homes will allow up to five visitors from two households to visit a loved one.

There will be no time limit enforced and aged care residents will also be allowed to leave the homes for excursions.

9) Hair and beauty salons will be permitted to remove face masks for customers wanting a beard trim or piercing.