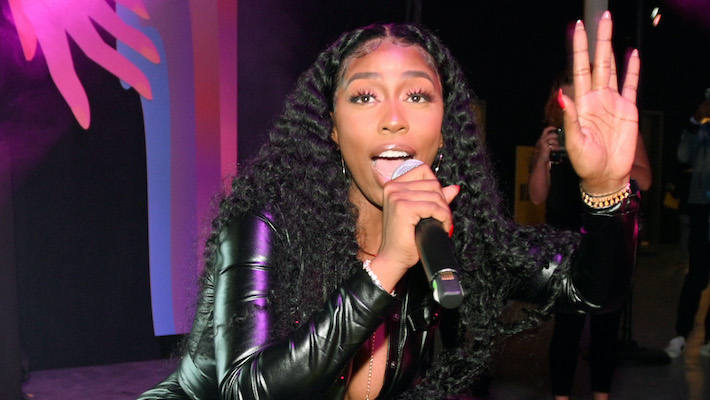 Detroit’s Kash Doll returns to smash on the competition with “Bad Azz” produced by DJ Infamous and featuring Mulatto and Benny The Butcher. The new song was premiered during Gucci Mane and Jeezy’s Verzuz battle last night, nearly being swallowed in the drama that followed. It’s impossible to keep these three rappers down for long though; the track resurfaced a couple of hours after being played during the Verzuz intro set, driven by the 2 million viewer debut that had the audience reaching for their Shazam apps.

“Bad Azz” is Kash Doll’s first new solo single since March’s “Rich Hoochie.” Clearly, it appears that Kash’s album promo was derailed by the pandemic, like so many other plans this year. But the Detroit rapper already proved her indomitable will on 2019’s Stacked, making it a near certainty she’d overcome the setback. Recruiting Mulatto and Benny for her comeback single shows she’s unafraid of the moment and knows just how to capture the public’s attention.

Her collaborators on “Bad Azz” have both had a breakout 2020; while Mulatto appeared on XXL‘s 2020 Freshman Class and dropped her charming debut Queen Of Da Souf shortly thereafter, Benny has popped up everywhere from Russ’ new EP to Freddie Gibbs’ top five rappers list, dropping his own Burden Of Proof to widespread acclaim.

Listen to “Bad Azz” above.