Father, 36, ‘shoots dead his two-year-old daughter and injures his son, 12, in front of children’s mother’

David Hampton, 36, has been charged with killing his two-year-old daughter, Sunday, and shooting his 12-year-old son in the neck in Kentucky

A Kentucky father has been arrested and charged with shooting two of his children, killing a toddler and injuring her older brother.

David Hampton, 36, opened fire on his children, including his two-year-old daughter, Sunday Rose Hampton, and his 12-year-old son in Vicco, Kentucky, on Wednesday morning, according to state police.

The children were gunned down in front of their mother and another sibling, the Hazard Herald first reported.

Both injured brother and sister were evacuated from a neighbor’s home and rushed to Hazard ARH, where Sunday died of her injuries.

Her brother, who has not been named, was then airlifted by a helicopter to a hospital in Johnson City, Tennessee, to be treated for a gunshot wound to his neck. He was listed in stable condition as of Thursday.

KSP Trooper Matt Gayheart said the shooting took place inside one house, but Hampton’s wife and children ran to the neighbor’s home for safety. 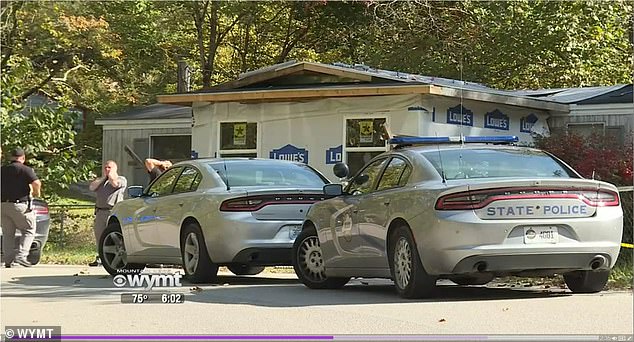 ‘It’s absolutely gut-wrenching to think that a child is injured, in any type of way, is really hard to take, and I just can’t imagine what that feeling must be like,’ Gayheart said.

Hampton was arrested on counts of murder, attempted murder and wanton endangerment.

According to court records, after being brought to KSP Post 13, Hampton refused to get out of the patrol vehicle and had to be removed by force.

He allegedly continued to struggle and resister, and later made a failed attempt to escape from custody.

Hampton is scheduled to be arraigned on October 20. 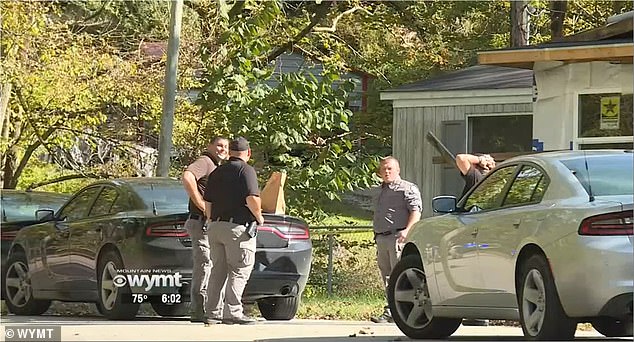 Police say Hampton shot two of his children in front of their mother and another sibling, who then fled to a neighbor’s home