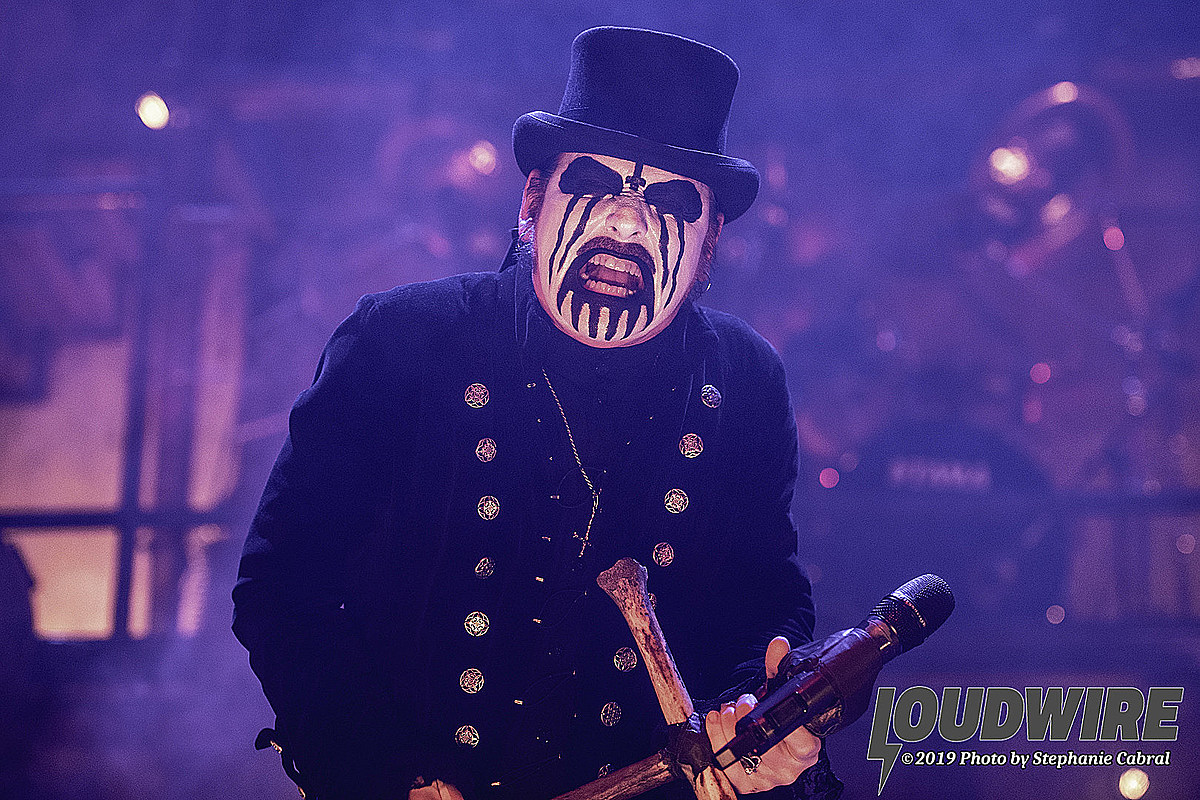 Will 2022 be the year of King Diamond? The musician appeared on Eddie Trunk’s Trunk Nation show where he revealed that both of his bands – Mercyful Fate and his self-titled King Diamond – could have new music ready to arrive next year.

He explained that both projects are fairly far along in the creation of their new albums. “Writing-wise, we are far with both albums. Andy [La Rocque of King Diamond] is doing a second run-through with his songs, the way he has been correcting a lot of things. Hank [Shermann of Mercyful Fate] has done the same thing, and I’m waiting for those songs to come back,” the singer told Trunk (as transcribed by Blabbermouth).

He continued, “The story is written, even for both King Diamond albums, ’cause The Institute will be a two-album story. And that story is finished completely. I have a lot of vocal ideas for what they have sent me. I am writing my own [songs musically] too.”

The vocalist added, “Sixty percent of the King Diamond [material], at least, will be mine — my songs — and all lyrics, naturally. Mercyful Fate also, I will be writing more in the direction of ‘Don’t Break the Oath.’ Hank will be writing more music than me, but I will certainly write my share too. Back then, on ‘Don’t Break the Oath,’ I wrote ‘Gypsy’ and ‘The Oath’ and ‘Come to the Sabbath’ and then this little piece together with Michael Denner, ‘To One Far Away.’ So, it’ll be more like that — maybe Hank will have six songs and me four — but we’ll see how it turns out in the end. We’ll probably have too many songs.”

While significant progress certainly seems to be being made, fans are likely curious as to when both albums will arrive. King Diamond served up a timeline to Trunk stating, “The King Diamond is next year for sure. Mercyful Fate will be ready to be released next year — a hundred percent sure too — but it will have to wait until King Diamond is done, if you know what I mean. In the meantime, we’ll be getting the writing done.”

King Diamond last released Give Me Your Soul… Please in 2007 with his self-titled band. Mercyful Fate’s last studio album was 1999’s 9.

The musician has also been busy of late working on a co-write of a graphic novel based around his Abigail album.