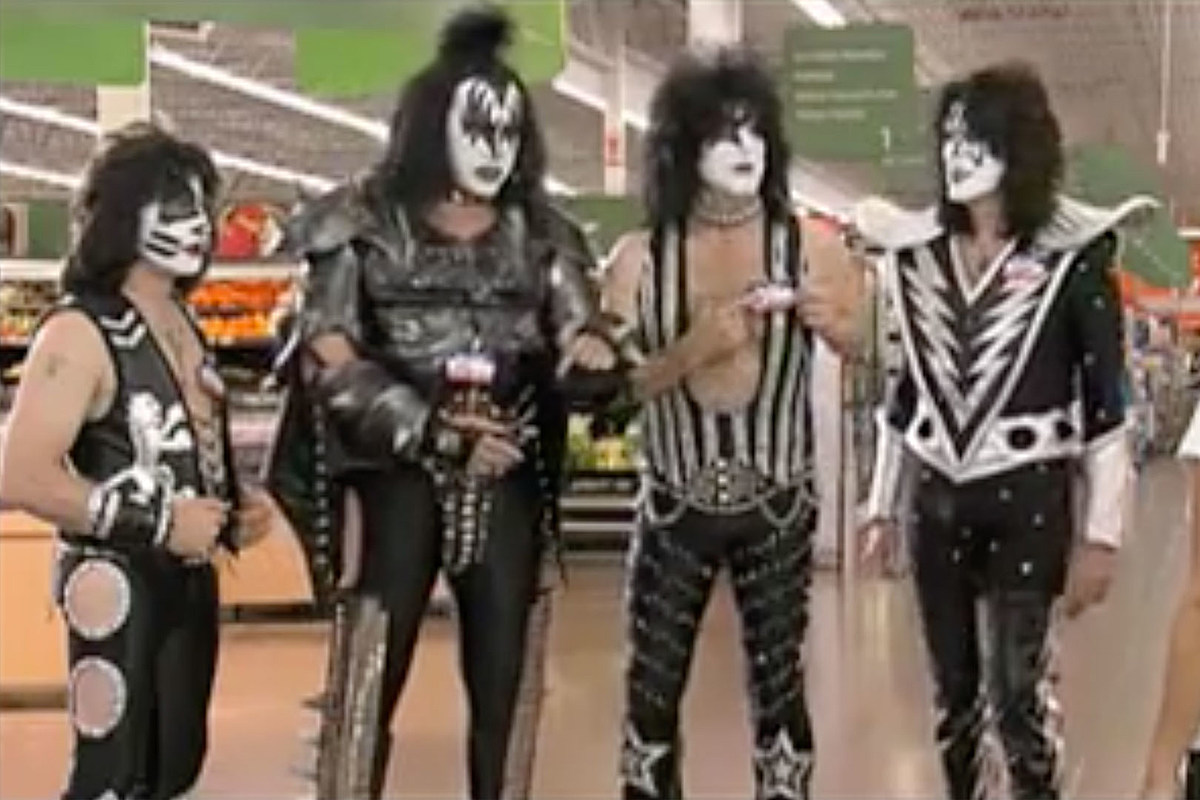 With Black Friday fast approaching, you can probably expect the need for more staffing at retail stores. But what happens when you hire KISS? The results played out in an old promotional video for WalMart seen below.

The foursome, in their full KISS attire, take their shot at working at a WalMart, initially signing on as greeters and donning their freshly created name tags. Though there are likely WalMart procedures that must be followed, a little bit of the KISS behavior starts to take over.

Tommy Thayer shows a flare for cake decorating, but of course there’s a desire to change all the cakes to KISS cakes. Paul Stanley certainly knows a little something about makeup having undergone his transformation many times over the years, but his makeup counter makeover leaves the customer a little confused as he mostly focused on the eye.

And then there’s Gene Simmons, who is working the checkout counter. Commenting on some of the items, he notices someone buying an Aerosmith CD, but offers, “Oh that’s really good, but you know what’s even better? This,” while tossing the other disc away and quickly presenting the latest KISS album.

This video appears to have been released around 2009 as a fresh case of KISS’ Sonic Boom album is being lowered by a crane from storage in the video. Have a look at the band’s commercial crossover in the player below.

Things will be a little different for KISS this holiday season. Like many acts, they’ve shut down touring for 2020 amidst the pandemic. But they’re also planning a New Year’s Eve livestream with full production to help ring in 2021. The show will take place in Dubai, but fans can watch online. Get details on how to view this concert event here.