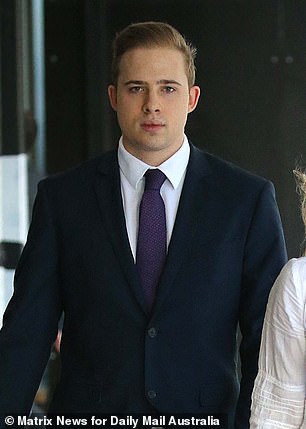 The former manager of Kyle Daniels has told a jury she believes it was ‘extremely unlikely’ the Sydney swimming instructor molested students during lessons.

Joanna Farley, pool venue manager from 2014 to 2017, said in considering the person she knew, the allegations went ‘completely against his character’.

Daniels, 22, has pleaded not guilty to 26 charges, including multiple counts of having sexual intercourse with a child under 10 and indecently assaulting a person under 16.

He is accused of touching nine of his students aged between five and 10 on or near their genitals while instructing them between February 2018 and February 2019 at a pool on Sydney’s north shore.

Giving evidence by audio-visual link in the District Court on Monday, Ms Farley said she was involved in Daniels’ induction in December 2016 and had regular contact with him thereafter.

Under cross-examination from defence barrister Leslie Nicholls, she agreed the induction process involved participants being made aware that CCTV cameras captured the pool and live footage was displayed on monitors in the manager’s office.

She said she came to know Daniels’ character through regularly dealing with him at the pool.

‘He appeared very mature for his age, honest, very well-liked, reliable,’ she said.

‘I think he was an excellent new teacher to my team.’

Asked about his reputation with others, Ms Farley repeated that he was very well-liked and understood to be a ‘great teacher’ who was honest and truthful. 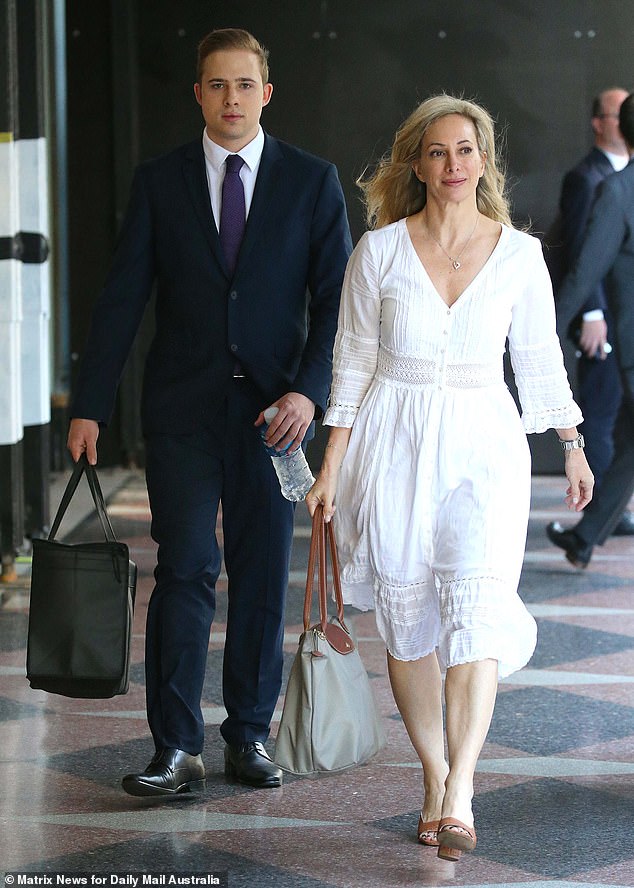 Daniels, 22, (pictured with his mother Janine) has pleaded not guilty to 26 charges, including multiple counts of having sexual intercourse with a child under 10 and indecently assaulting a person under 16

She confirmed with Mr Nichols that she knew the allegations against him involved inappropriate touching of female students on or in their vagina during some lessons.

‘Knowing his character and reputation what do you say to the likelihood of him having done such things?’ his barrister asked.

‘From the person I knew, it is completely against his character and extremely unlikely.’

Burna Boy Teases Fans With Snippet Of His Upcoming Single