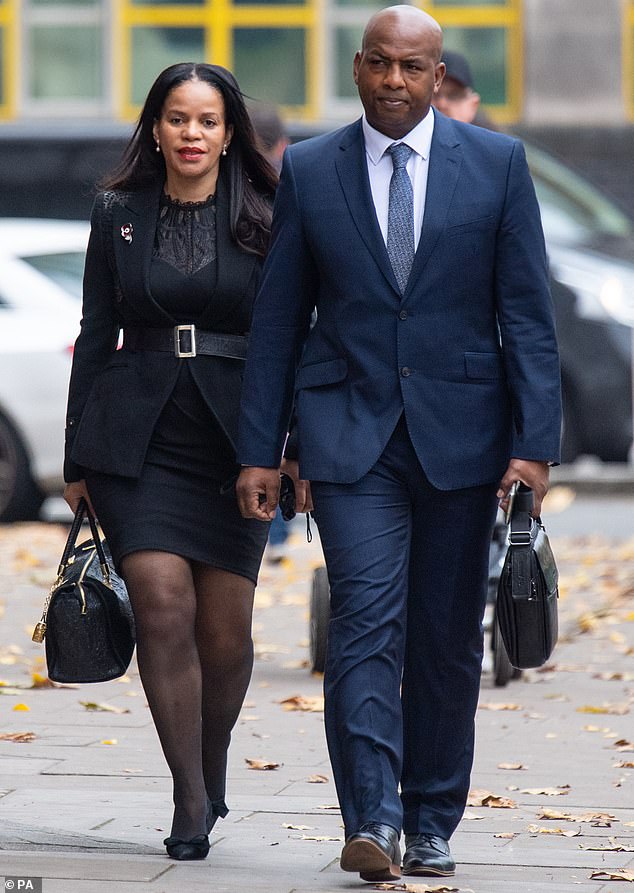 A serving MP threatened and made numerous unwanted telephone calls to a woman, a court has heard.

Claudia Webbe, who was elected Labour MP for Leicester East in December 2019, pleaded not guilty to one charge of harassment during the 20-minute hearing at Westminster Magistrates’ Court on Wednesday afternoon.

The 55-year-old spoke only to confirm her name, her age, and her address as Moreland Street in Islington, north London, and to formally enter her not guilty plea.

Leicester East MP Claudia Webbe arriving at Westminster Magistrates’ Court where she faced one count of harassment and is accused of threatening a woman, which she has denied 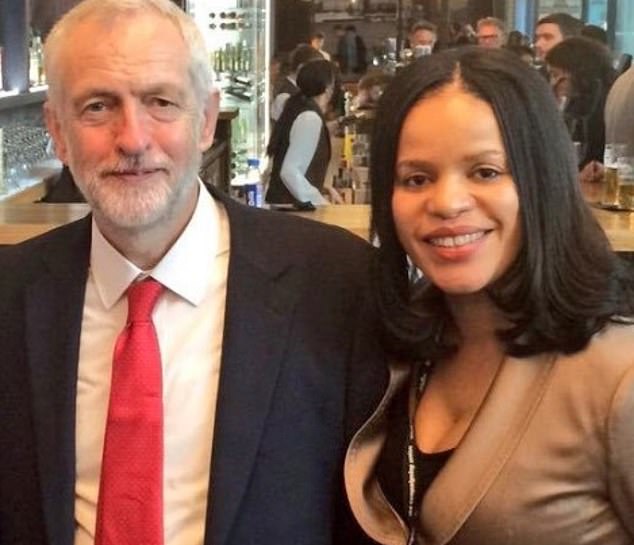 Webbe is charged with one count, that between September 1 2018 and April 26 2020, she pursued a course of conduct which amounted to the harassment of a woman named Michelle Merritt, which Webbe knew or ought to have known amounted to harassment.

The prosecution alleges Webbe made numerous unwanted telephone calls to Ms Merritt and made threats on at least two occasions.

The defendant acknowledges calls were made but disputes the content.

She was released on unconditional bail to appear at a one-day trial at the same court on March 16, 2021.

Earlier, chief magistrate Emma Arbuthnot declined a request from Webbe’s counsel Dr Courtenay Griffiths QC that she be allowed to sit in the well of the court – rather than in the dock – for the hearing.

Webbe hit the headlines in July when she threw her phone to the floor of the House of Commons in frustration after it started ringing while she was speaking. 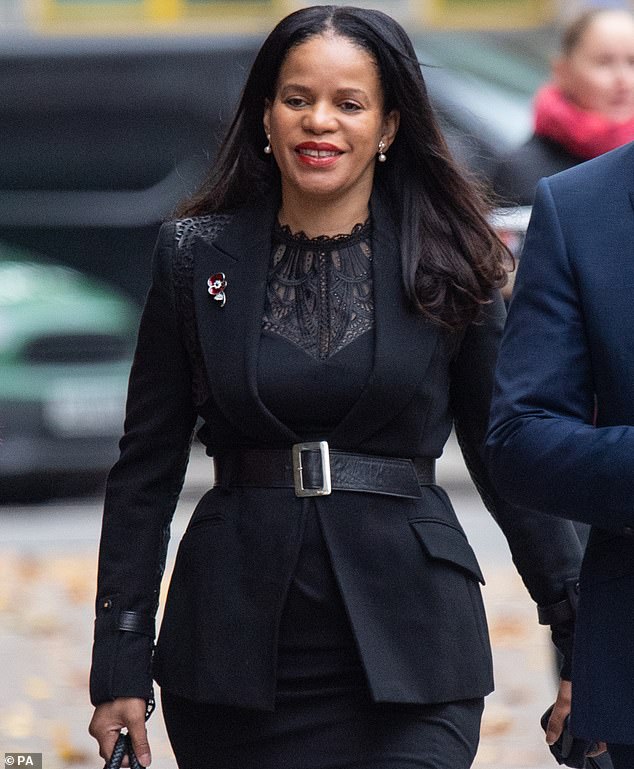 Labour veteran Mr Vaz retired from Parliament in the wake of a scandal after receiving a six-month Commons suspension for causing ‘significant damage’ to the reputation of the House.

This came after the standards committee found he expressed a willingness to purchase cocaine for others during an encounter with male sex workers.

She is on the left of the party and has been a vocal supporter of former leader Jeremy Corbyn.

Before Leicester, Ms Webbe was a councillor in Islington, between 2010 and 2018 and was a member of Labour’s ruling National Executive Committee.

Earlier in her career, she was a political adviser to then-London mayor Ken Livingstone.

Prior to this hearing, Ms Webbe had issued a public statement that said: ‘I am innocent of any wrongdoing and look forward to proving this in court. I will be vigorously defending myself against these claims.’

She was suspended from the party in September pending the outcome of the case.

When Jumia’s successes compel naysayers to change their positions